Why You Keep Seeing The Number 22 Explained

Do you glance at clocks and keep noticing the digits 22 minutes past the hour or even 22:22? Here's why you keep seeing this number sequence and what it means. 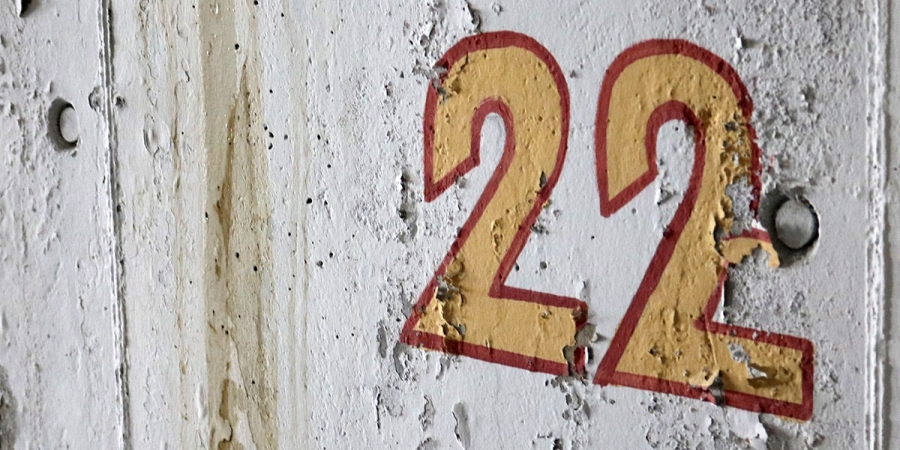 Photo: pixabay.com
Do you seem to only check the clock at times where the display is showing 22 minutes past the hour? Perhaps you never fail to check the time when the clock is showing 22:22. You might even find yourself spotting the number 22 regularly in phone numbers, house numbers, price tags, in the number of a bus route, car number plates on billboards or on bills and receipts. You may even be handed $2.22 change after you've bought something in a shop or receive an important text message from a friend at exactly 2:22am.
Although the significance of the multiple occurrences of this number might be unclear, there's no denying that once you start noticing the number 22, or even 222 or 2222, you will start seeing it everywhere in your place of work, personal life and while out and about.
Many spiritualists and numerologists believe that numbers are a universally-understood language which guardian angels can use to communicate with you and give you clues that they are watching over you, hence why these repeating sequences of numbers are sometimes called 'angel numbers'.
It's said that we all have at least one guardian angel who helps guide us through our lives, and these reoccurring repeating numbers are a simple way for your angel to communicate with you.
Angel numbers are short recurring sequences of one particular number that you keep seeing over and over again to the point where they stand out as being meaningful. The numbers usually appear in groups of two, three or four, such as 22, 222, 2222. However, the number 22 alone is a master number and has a much more special meaning than its other variations.
In every culture around the world certain numbers are associated with significant events and superstitions, such as the number 13 - a powerful number which is considered lucky in some cultures, but unlucky in others. Significant numbers or repetitive number sequences fall into the study of numerology, which has been followed and built upon since ancient times.
The sequence of the number 2 is by far the most common and prevalent, appearing on timers and clocks, especially those which give the time in the 24-hour format, 22:22.
The number 2 is deeply connected with personal growth. It can guide you towards paths which may give you wide scope for your own personal growth and expansion. Patiently following this path will lead to your eventual success. Seeing 22 as your angel number often suggests that you have a strong desire to help others and you have an ability to inspire them to help themselves, but remember that sometimes it's best to leave people to their own devices during difficult situations.
The sequence's power is usually amplified the longer the string is, however it should be remembered that 22 alone is already an extremely spiritually significant number as it is a master number. This sequence often relates to someone who is motivated, logical, and open minded.
There are thought to be several reasons why your guardian angel might make themselves known through these numbers. It could be simply to remind you that they are with you, to guide you down a certain path, or remind you to maintain positive thoughts, be strong or optimistic. Whatever the reason you see the number 22, your angels are clearly trying to tell you something.
So, what should you do if this powerful number sequence starts appearing in your life? You should be grateful that you are being sent a clear message and be reassured that you are on the right path. This could mean a decision you made in a work situation is the right path, or that your journey through life is the best for you. The number 2 can of course also relate to relationships, so the number 22 can be a sign that your love life is on the right track.
If it's unclear what aspect of your life this message relates to, then start to pay attention to when and where the numbers appear, as well as who is around you at the time and what you are doing. It may be the key to the message that someone is trying to send to you.
In the field of numerology there are some numbers that hold more power than other numbers, 22 being one of them. This video will teach you more about the meaning of 222 and its master number 22.
In numerological studies the number 2 is will known for its links to relationships with other people, this can be between friends, family, an intimate partner, co-workers or even the general public. An angel message with the number 222 might indicate that you need to do something to bring other people together, this could mean finding a solution to a problem that involves compromise, diplomacy and balance.
When these numbers are combined they become even more powerful. If you keep seeing 2222 everywhere then it can often be messages from angels or spirit guides. It is their way of telling you to follow your instinct and take action in a creative and diplomatic way. This forward action will result in something positive.

Find Out Your Angel Number