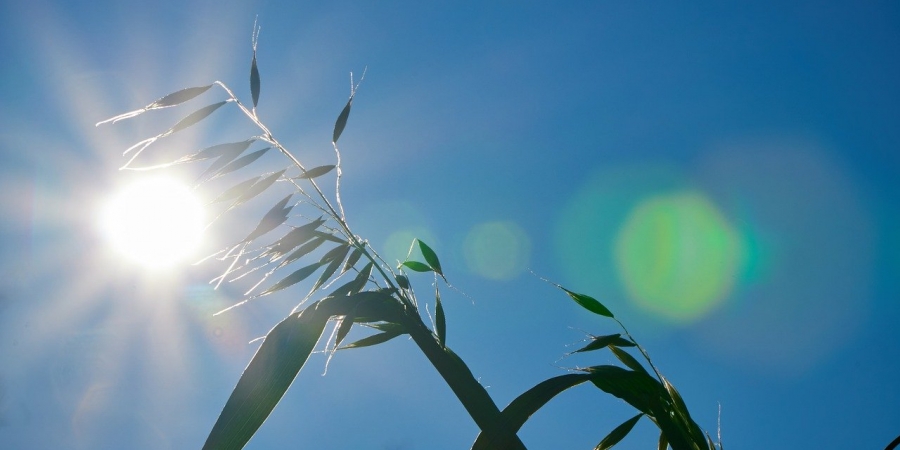 Photo: pixabay.com
If you're a member of any paranormal groups on Facebook, then you've probably seen countless photos of what the photographer claims to be orbs or even UFOs.
Quite often orbs are nothing more than dust in the air, but we've covered that elsewhere. This page instead examines another cause for orbs, and that's lens flares.
Orbs caused by dust normally appear in photos in dark situations, but lens flares are often seen in light conditions. They are seen when there is a bright source of light in the shot, most often the Sun.
You may have seen many photo shared online that show a strange glowing sphere in it in an bright outdoor setting. Often the person posting the photo attributes this light anomaly to paranormal activity, but it's just the Sun. 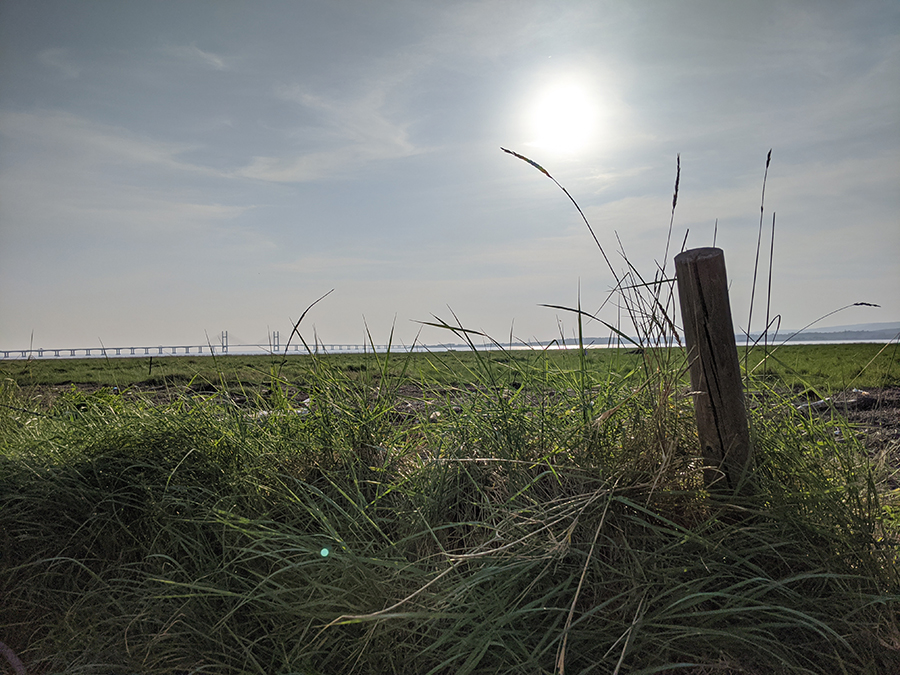 Lens flares seen as a result of the Sun are usually round, the shape of the Sun, although sometimes the shape may appear squashed or elongated. Although the flares are the same shape as the source, they often vary in colour. The Sun often appears as a blueish-green glowing dot. The colour change is due to refraction within the lens and down to coatings on the lens.
It's actually surprisingly easy to verify what's happening here. All you need to do is point your phone or camera up at the sky on a clear day and move it around until a lens flare appears. 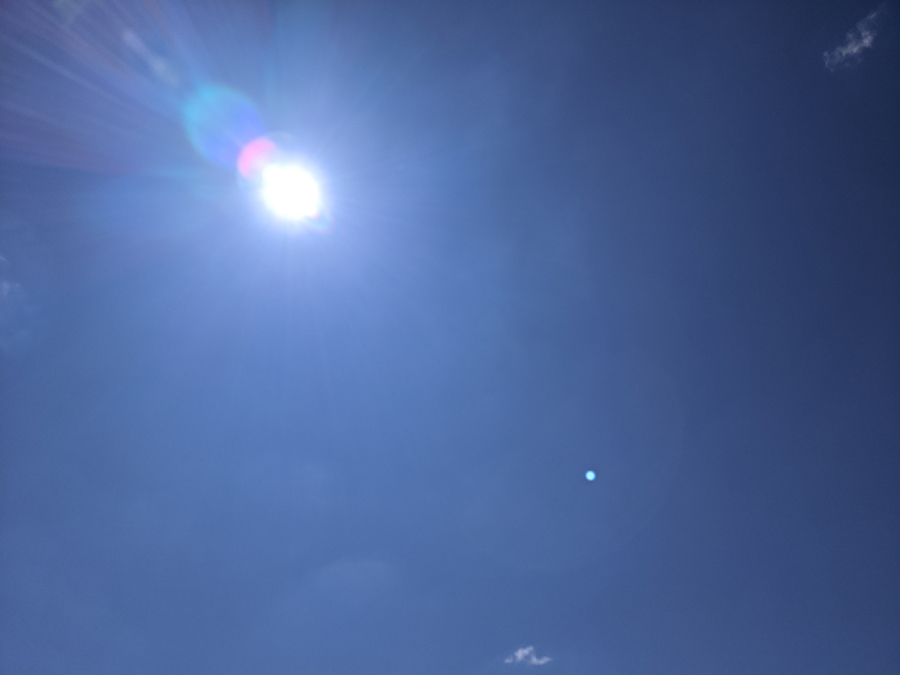 When you think of lens flares you might think of waves or streams of light coming into the frame of the photo. These are also a type of lens flare, known as 'veiling flares'. These occur when the light source is outside the field of view, but are less likely to confuse people as the rays can be traced back to the source and it's obvious where the anomaly is coming from.
However the strange coloured dots are a little harder to explain at first glance. Aptly, this type of photographic anomaly is known as a "ghosting flare". This type of flare can appear multiple times in a single photo and represents any bright light source in the field of view. Ghosting flares don't just happen as a result of the Sun, they can be due to any bright light.
If you draw a line on the photo between the light source and the anomaly, the line will normally pass directly through the centre of the photo.
The other thing you might notice about this type of lens flare is that the image is often flipped. It's easier to spot this when you have multiple lights in a photo, like in the example below. The photo was taken in the Mayflower Barn, one of the allegedly most haunted rooms at the Ancient Ram Inn. From the configuration of the lens flares, it's clear to see that it's an inverted version of the chandelier. 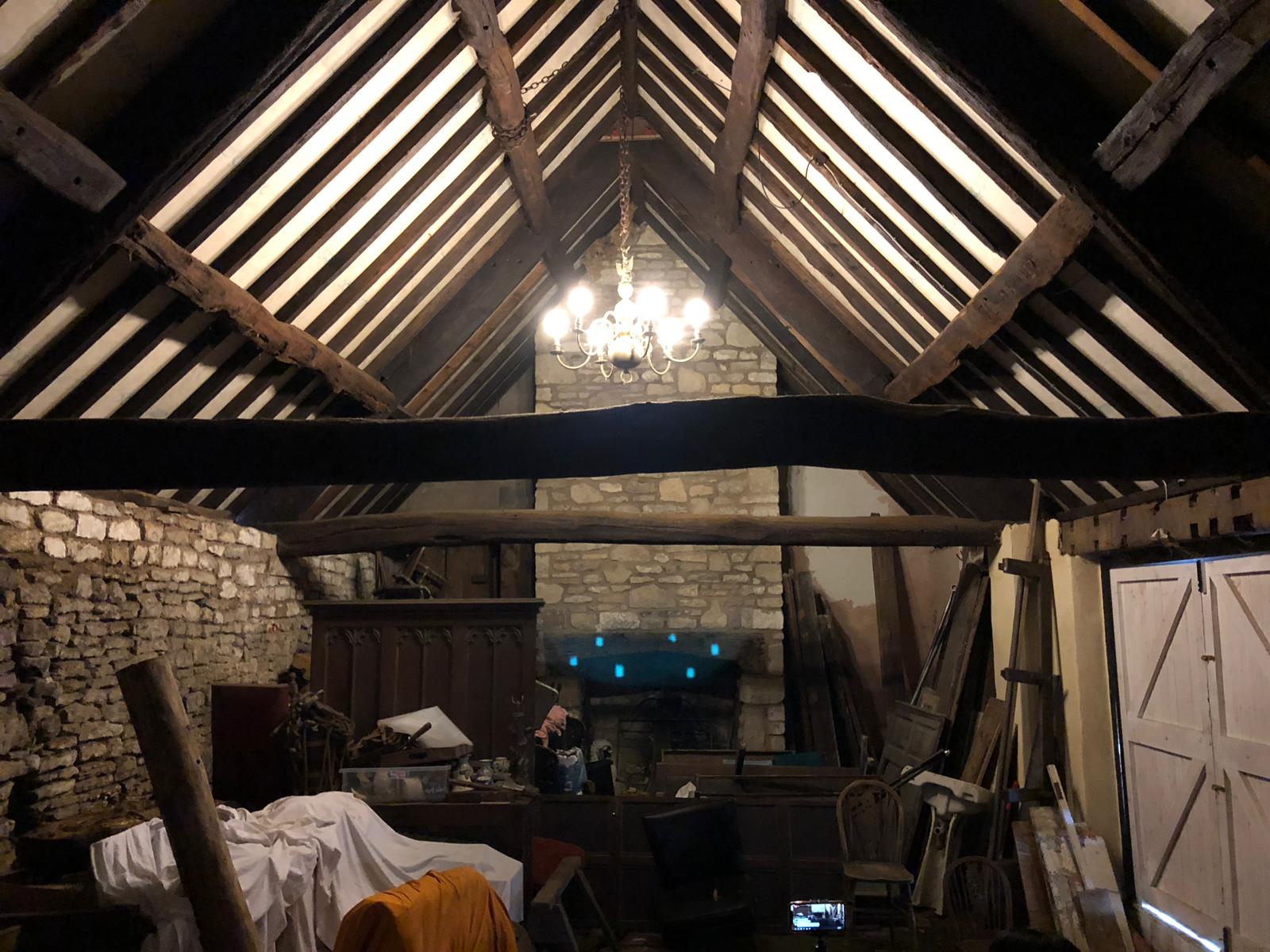 Another way to confirm whether a strange light in a photo is a lens flare or not is its positioning. If the photo is divided into four equal panels, the lens flare will always show in the opposite panel. So, if the light source is in the top left, then its flare will be in the bottom right.
The photo below was taken at Ettington Park Hotel, a beautiful haunted hotel near Stratford-upon-Avon. You can see in this photo that the bright lights outside the building in the bottom left are shown inverted in the top right of the photo. 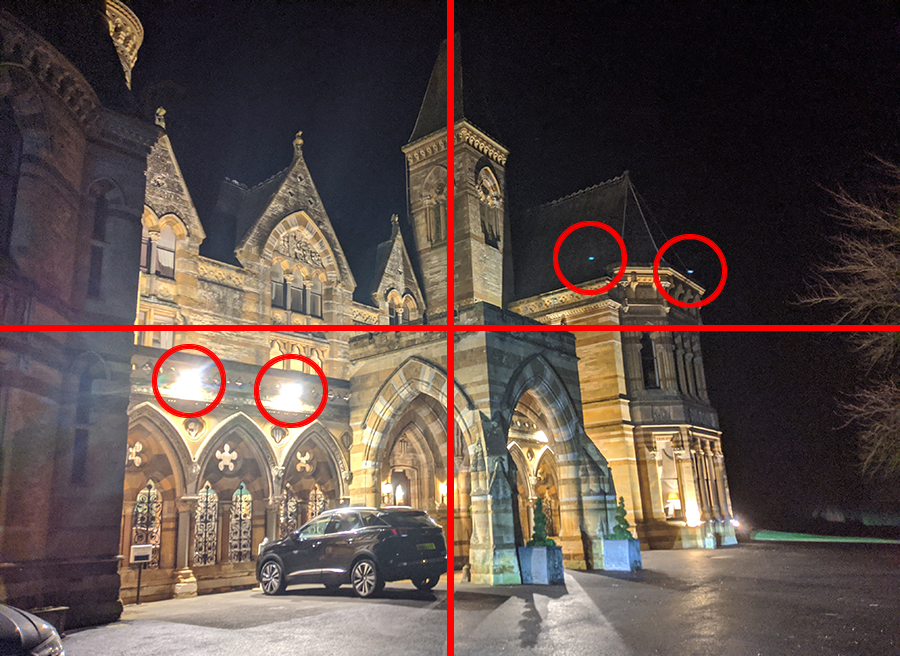 The reason the image appears upside-down and inverted is because camera lenses are made up of multiple layers of glass. This is even true of lenses on smart phones. When light enters the lens it reflects between the layers and bounces around. It is an unavoidable quirk of photography.
This effect is very clear to see in the photo below. The lights on the pier at night can clearly be seen as an upside down ghosting flare in the photograph. 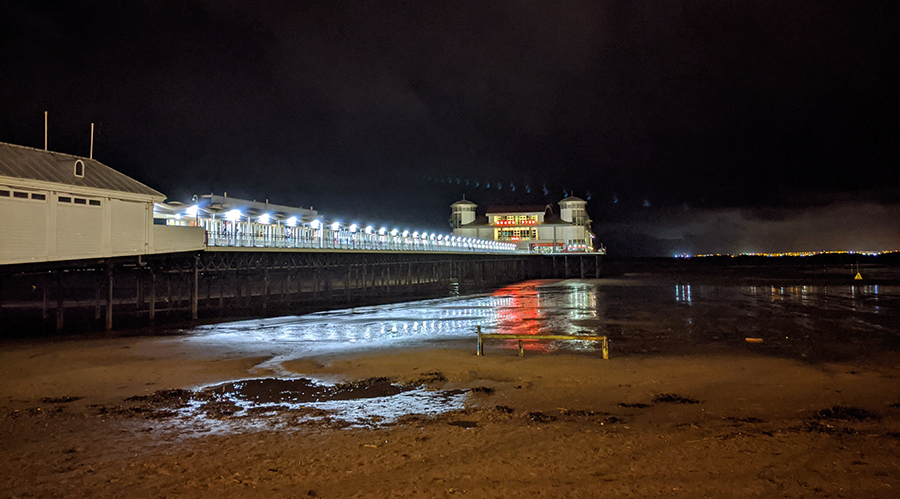 Ghosting flares can also be seen in video footage. It's often easier to spot in a photo as they will move at the same rate as the camera is panning or tilting, but in the opposite directions. If the cameras movement slows down or stops, the flare will stop moving too. If the light source goes out of shot, then the flare will move out of the shot on the opposite side of the image.
These things to look out for should make it easier to spot lens flares in paranormal videos and photos, and should give you the confidence to decide whether a light anomaly is something paranormal or a simple artefact caused by light reflecting in the lens.
Tags:
paranormalghost hunting