There's an ongoing debate about paranormal events companies booking venues and denying access to smaller teams, but these events can provide vital funding for voluntary organisations. 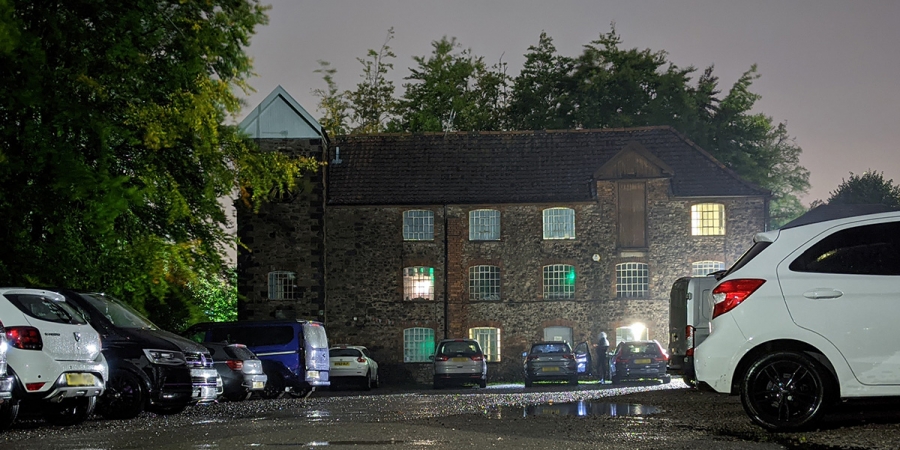 Paranormal events companies are often criticised for bulk booking haunted venues at inflated prices, which prices-out smaller independent teams who would like the chance to investigate the property. While this might be true in some cases, especially at some of the more opportunistic properties, there is another side to this debate.
Michael Packer is the chair of a voluntary association which looks after a 250-year-old former brass works on the outskirts of Bristol. He says that the income from hosting paranormal events has become vital to their funding raising efforts, which support local community projects and the upkeep and restoration of the building.
Warmley Clocktower was built in 1743 and despite its name is as much an old factory building as an actual clocktower. Michael says, "the brass industry was a big business in the early stage of the Industrial Revolution."
The three-storey clocktower building was once part of a much larger early industrial estate built by William Champion, but after a long and successful period of operation, the site eventually closed down, and the building was put to a new use.
"All we want to do is to make money to secure the building and to generate extra income, which we will be investing in the community."
Michael Packer, Clocktower Association
Michael says, "the Clocktower Association was formed in 1968, and ever since we have been providing services specifically for the tenants of the council estate, the young people in particular."
Over the years the association adapted to reflect changes in society. Micheal explained, "we've always reacted to what the current issues were, and provided the services. And in that type of work, you have to survive off a grant income from a national charity, which supports the type of work you're doing. Later on, we were getting contracts from the council to deliver services for young people from the building."
In 2013, the council chose not to renew their contract, opting to fund another organisation that was better placed to provide services for the community, but again the Clocktower adapted. Michael says, "consequently, we effectively became a space basically, for community use. And we offer the building up on the ethos of making it an affordable rate that voluntary groups and others can afford."
Realising that in order to serve the community, they needed to bring in some additional income, the historic venue offered itself up to paranormal teams for the first time. It's the perfect solution as paranormal events take place at times of the day when the building isn't earning in other ways.
As Michael explains, this is often a weekend, "they come along at something like nine o'clock and they're there until three in the morning. And that's their evening, basically." He adds, "they come from miles away these event organisers, they pick up local people too, people from South Wales and roundabout Bristol."
The events have been more successful than the Clocktower Association could have ever imagined. Michael explained, "when we got to the end of the last financial year, the year before we were put into lockdown, what we found was that the amount of money the paranormal contributed towards the overhead costs was something like 42%."
Then the pandemic hit and although much of 2020 and 2021 so far has been a write-off for ghost hunting events, the Clocktower found that paranormal events provided a vital lifeline. Michael said, "when they relaxed the rules, the paranormal came back in again and quite honestly, that income was quite a major contribution, because we were down." 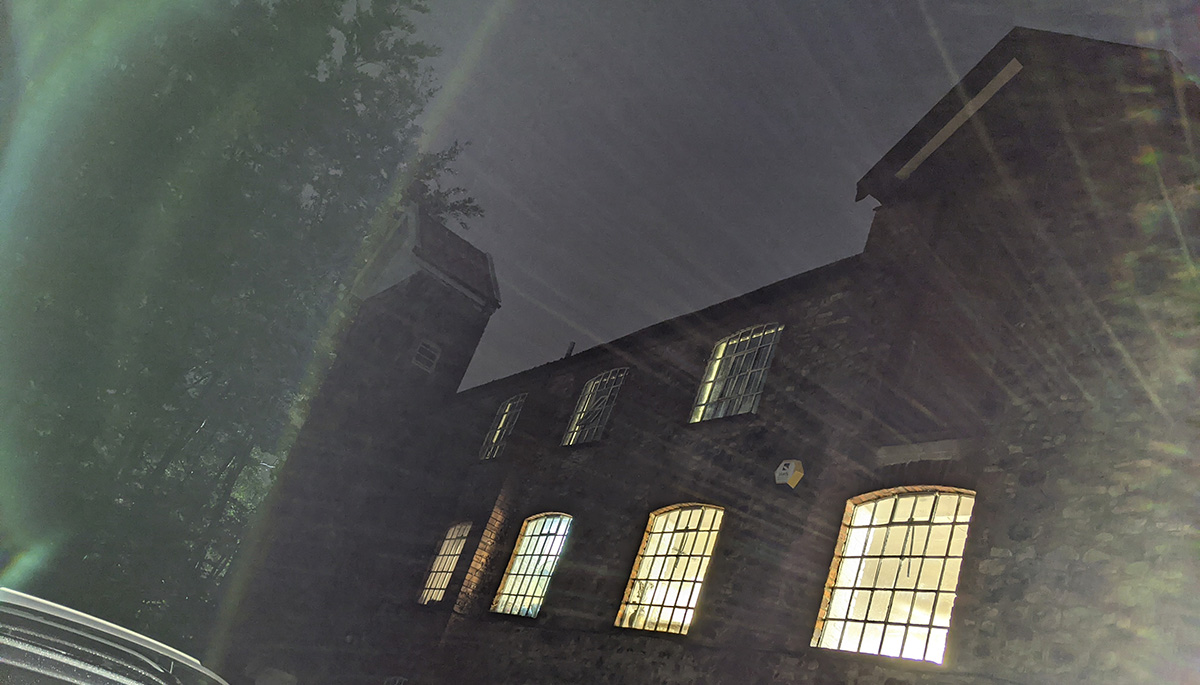 One argument against venues hiring themselves out to paranormal events companies is that charging a premium to use the location means that smaller teams and independent researchers don't have a chance to investigate the location, especially when companies book nights in bulk.
This shouldn't be seen as a negative against the paranormal events company, as this really comes down to how greedy a location is. Michael has a less exclusive approach, "there are people out there, smaller groups, that I would welcome down in Warmley. And if they say, 'well, we can't afford it, we're only a group of four', well, why not? The priority isn't to make as much money as possible. All we want to do is to make money to secure the building and to generate extra income, which we will be investing in the community."
But what's it like having paranormal teams investigating your property after dark? Although the building is used as an events space and has resident organisations based there, the events haven't interfered with the day-to-day running of the building. Michael even went as far as to say, "the teams that come along are very responsible people, but we had to be very mindful that people that use the space and we think they've all cooperated so far."
With all of the Clocktower Association working on a voluntary basis, funds are tight and very much needed. The association have used their money from ghost hunts to improve the building and ensure its continued availability for the community.
"Obviously over the years, we have saved the building, we've protected the building," says Michael, "we also have done some fundraising where we've done a certain amount of work on the building." But he says the work never ends, "we do have a planning application we put in too to present the site as a whole with landscaping and all the other things that go with it. What we need to do is to get the investment now to do the building up and to look at the landscaping, to make sure the building is here for the future and we're safeguarding the community use of the building."
While some venues and haunted locations might seem greedy, others like the Clocktower are doing their best to make their spaces available for all and opening up their building to further a non-profit initiative that will benefit the wider community. So rather than complaining that a haunted venue is cashing in, maybe next time be more selective about the type of locations you book and ensure the money you spend is going to a good cause rather than just lining someone's pocket.
Tags:
bristolparanormalghost hunting