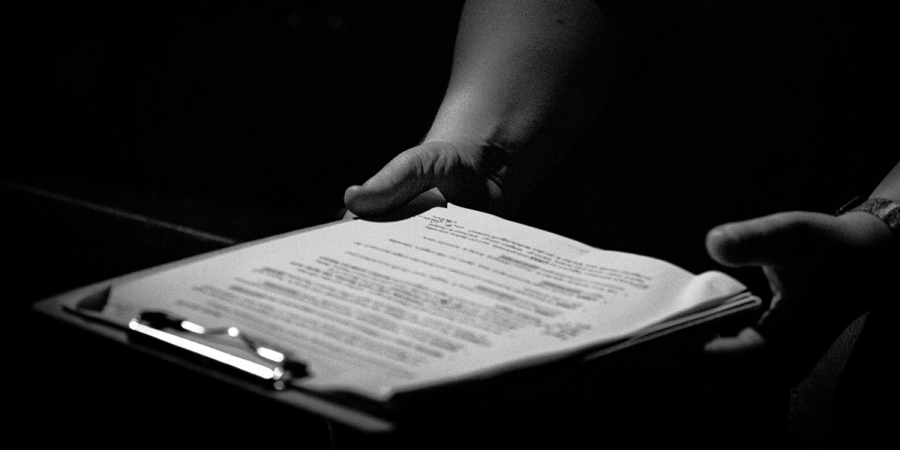 Photo: pixabay.com
The primary aim of a paranormal investigator should be to obtain high-quality and convincing evidence of life after death and the existence of ghosts. Whether you're investigating as a believer in supernatural phenomenon or a skeptic, you should always approach cases with a scientific mindset.
There are some key principles that investigators of the paranormal should be aware of, including confirmation bias, the power of suggestion, and the placebo effect. By understanding these principles, investigators will be able to ensure that the evidence they present is the most compelling by avoiding errors in reasoning and interpretation.
These principles will help you avoid common pitfalls, which ultimately leads all of us to a better understanding of the true nature of the phenomena being investigated.

The Principle Of Replication

The principle of replication is arguably the most important principle on this list when conducting a paranormal investigation. It states that a scientific claim is more credible if it can be independently replicated by multiple researchers using different methods. For example, if an investigator captures a spirit's voice in an audio recording, the principle of replication would require that other investigators are able to independently replicate this claim by capturing similar voices using a different recorder or equipment. Claims of paranormal activity are often difficult or impossible to replicate, but attempting to replicate them can help investigators to avoid jumping to conclusions based on a single occurrence or experience and to instead evaluate the evidence in a more rigorous and systematic manner.

Illusory correlation refers to the perception of a relationship between two variables when no such relationship exists. In the context of an investigation, this might mean linking an unexplained sound to the presence of a ghost, when in reality there is no causal relationship and the noise actually has a natural explanation, such as a door slamming due to a draught. This can of course lead to inaccurate conclusions and a lack of understanding of the true nature of the phenomena being investigated. To avoid illusory correlation, investigators should carefully evaluate the evidence and try to measure and quantify the strength of any possible correlation.

Also known as the "Forer Effect" after psychologist Bertram Forer, the Barnum Effect refers to the tendency for people to accept vague and general personality descriptions as uniquely describing themselves. In the context of the paranormal, the Barnum Effect is why a person might accept a psychic's vague and general statement as being uniquely applicable to the haunting being investigated or the spirit they are attempting to communicate with. This can lead to a false belief in the psychic's abilities and a stronger belief in the paranormal. The effect can also lead investigators to accept vague descriptions of phenomena as legitimate evidence of the paranormal, rather than critically evaluating the evidence further to be sure. You can avoid this pitfall by carefully evaluating any evidence, not accepting vague descriptions of phenomenon, and by being suspicious of any supposed psychic or medium that uses ambiguous statements.

The Power Of Suggestion

The power of suggestion refers to the ability of leading questions or suggestions to influence a person's experience, memory, perceptions, or judgments. This can happen unconsciously, and people may not even be aware that their perceptions or memories have been influenced. The power of suggestion can influence a paranormal investigation when investigators or witnesses have had exposure to information about the haunting prior to the investigation. For example, they may have been told that cold spots are commonly reported, resulting in them reporting the phenomenon themselves. A leading question such as "are you feeling cold?" might also lead to the same chilly sensation due to the question's subconscious influence. To avoid the power of suggestion, investigators should avoid leading questions and use neutral and unbiased language when interviewing witnesses or participants. So for example, instead of saying "are you feeling cold?" ask "how are you feeling at this moment?"

The placebo effect is perhaps the best known principle on this list. In broader scientific terms it refers to the phenomenon where an inactive treatment - such as a dummy pill - can produce a perceived improvement in symptoms, due to the power of suggestion and the patient's expectations. This might manifest in the context of the paranormal, as a perceived reduction in paranormal activity after participating in a cleansing or exorcism ritual, even though the ritual has had no actual effect on the level or intensity of the underlying reported activity. Conversely, someone might perceive an increase in paranormal activity as a result of using a Ouija board, even though no such increase has actually occurred. One way investigators can avoid the perils of the placebo effect is to used blinded experiments.

The double-blind protocol is a research method used to minimise bias and increase the validity of an experiment. A blind experiment on an investigation would involve sending one group of investigators into a room with the foreknowledge of the paranormal activity reported there, followed by a control group who are not aware of the reports relating to the room. Both groups would be asked to document any experiences or observations that they have, without knowing what the other group has experienced. This can be done through audio or video recordings, or through written notes. After the vigils, the findings are compared to see if there are any differences in the experiences between the two groups. This experiment is actually a single-blind experiment. In a double-blind experiment, neither the participants nor the researcher in charge of the experiment would know which group is the experimental group and which is the control group, this would avoid further bias when comparing the reports from each group.

Occam's razor is another very important principle when it comes to paranormal investigations. It can help you evaluate competing explanations for a phenomenon by favouring the the one which makes the fewest assumptions. Also known as the "Principle of Parsimony," it states that, when presented with multiple explanations for a phenomenon, the explanation with the fewest assumptions is usually the correct one. This principle is based on the idea that, all other things being equal, the simplest explanation is the most likely to be true. This principle might be useful during a paranormal investigation if someone reports hearing strange noises in their house, for example. Occam's Razor would suggest that the most likely explanation is that the noises are caused by something natural such as a malfunctioning appliance or wildlife, rather than the presence of ghosts.
Tags:
paranormalscienceghost hunting