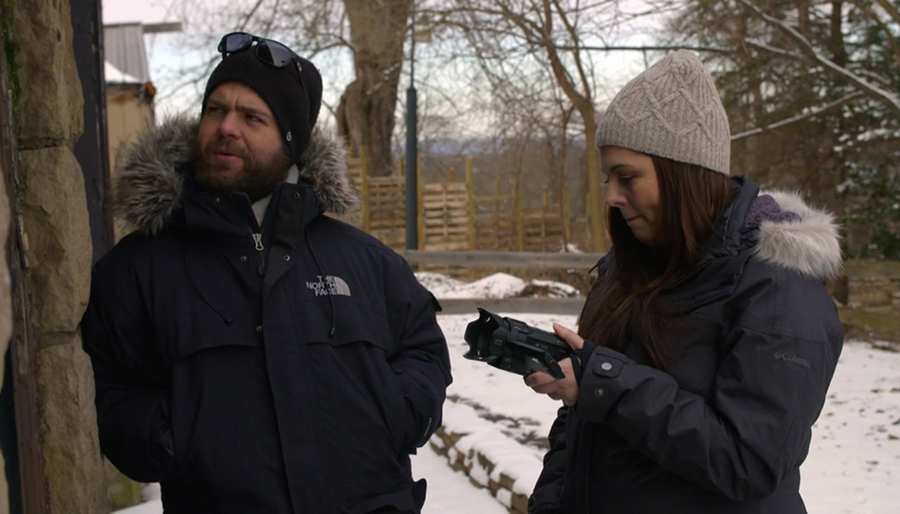 In the final episode of Jack Osbourne and Katrina Weidman's new ghost hunting show, the duo investigate a 19th-century estate brimming with paranormal activity that many believe is fuelled by the property's shadowy history of untimely deaths, witchcraft and an ancient Native American curse.
The investigation aired as the seventh episode in the US, here in the UK on the Really channel it is being shown as the eighth in the series.
At the start of the episode we catch up with Jack and Katrina as they arrive in Pennsylvania. They're in Monongahela valley at a spooky house called Emerald Hill Hell House, but why is it so spooky? Well, because it's made up to look that way. The whole building is a live-actor horror attraction.
The attraction is housed within a genuine old mansion, which is allegedly the site of five suicides, and is said to be a genuinely paranormally active location - this could be true, but it's also pretty convenient if you're in the business of scaring people. Katrina wonders if filling the house with haunted paraphernalia could be what's opened a portal there.
Ahead of the investigation, Jack said, "I'm very excited actually, I'm also nervous because I hear this place is steeped in a lot of scary business. The reports are of everything from apparitions to scratchings." He added, "the thing that I find worrisome though is witchcraft."
Katrina confirms, "local lore says there was a woman who lived on that land or in that property and she was apparently a witch." It's said that she was accused of witchcraft, but no one knows what happened to her or even if she was found guilty, yet she's said to have placed a curse upon the house. Both Jack and Katrina agree that not much of the paranormal claims about this location are substantiated, instead it's mostly rumour.
Katrina tells us "because of all the different types of paranormal activity that has plagued this house for decades, a lot of locals never want to come up here and it discouraged a lot of people from making this a residence." She admits that she loves going to these type of haunted attractions and think they're a lot of fun, but adds "the fact that we're actually investigating a place where so many people have put their energy into the walls of this place, it's pretty interesting. This is the stuff that horror movies are made of."
Before they got stuck into their investigation, Jack used a crayon to do a headstone rubbing of a grave in the garden. By placing a piece of paper over it and rubbing it with a crayon, they were able to reveal the weathered words, which said that the grave was the resting place of someone called Elizabeth who died 1st June, 1863.
There was also a preliminary "psychic sweep" conducted by medium, Cindy Kaza, and the information she gave was pretty accurate and included the name Elizabeth . If she wasn't aware of the building's haunted history before, then it's pretty impressive.
However, psychics on a television show don't add much, you've got to take their word for it and since the information was verified by Jack and Katrina, it's not new information anyway and doesn't progress the investigation in any way. 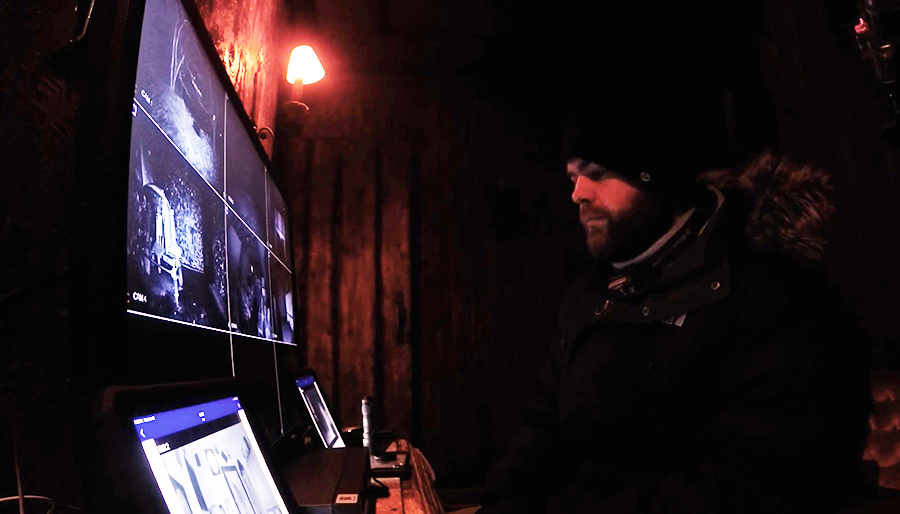 Because the property is reasonably small, the duo decided that it would be best to just have one of them in the house at a time. So Jack first watched Katrina via camera as she embarked on her own lone investigation of the house. Unsurprisingly, Katrina found the house to be pretty creepy, but of course it is designed to be.
Despite finding it scary, her time in the house was pretty quiet. Other than seeing some kind of shadow on the screen of her camera, she had nothing else to report when she swapped places with Jack. She said afterwards, "the whole house feels messed up to me, but this was actually really scary to walk through alone."
On Jack's walk around alone he reported feeling cold shivers moving up and down his body and even a headache that came and went, but then it seemed like as soon as he stepped into the house, he left. Speaking to Katrina after, he said "two times it came from my head, like cold, and it went all the way down [to] my feet and all the way back up."

Jack and Katrina then joined forces to investigate the nursery, a room where both of them had reported feeling strange earlier. They were armed with an SLS camera, which Jack says "locks on to any sort of human figure whether it is has mass and will track it."
Jack begins to call out to any potential spirits in the room and a green stickman appears on the camera's screen that their producer describes as "a small figure standing in front of the crib."
As Jack was setting up another ghost hunting device called a REM-Pod in the middle of the room, their camera man suddenly reported feeling as if his hair had been pulled. A few moments later the REM-Pod beeped, indicating a shift in the electromagnetic energy in the room. Then they heard a shuffling sound that they thought was coming from the attic, so they went to investigate.
Now in the attic, the team set up a Geoport, a device that randomly scans through a bank of phonetic sounds allowing entities to produce intelligent responses to their questions. Katrina instructs any spirits present, "you can communicate with us using this device, you have to manipulate everything coming through here, so we can hear your message". That should be pretty clear to a 150 year old ghost!
No sooner had they turned it on, they heard a sound downstairs and Jack went to investigate the kitchen, where he pulled out an audio recorder in an attempt to capture spirit voices, a technique known as Electronic Voice Phenomenon (EVP). He asked a few questions and when he played back the audio, strange clicking sounds could be heard.
It was probably the least eventful and least interesting episode of the show to date. It was hard to get any real feel for a location that had been converted into a horror attraction, especially when even the investigators are unsure about the haunted rumours to start with. Cindy, the psychic, added very little, and their lone vigils in the house also seemed fairly pointless.
It wasn't until Jack and Katrina investigated the house with their whole crew towards the end of the episode that anything of interest happened. The end of the investigation seemed to satisfy Jack and Katrina. Jack said after, "I would say the night investigation was a total success. We experienced a phenomenal EVP recording, we seemed to have some intelligent activity with the REM-Pod, and we captured a strange anomaly with a 3D-imaging camera."
Portals To Hell continues next week on Really as part of the channel's #Freakend event, bringing viewers two nights of paranormal entertainment every Thursday and Friday.
You can watch in the United Kingdom and Ireland as part of the Discovery family of channels. You can watch Really on Freeview (17), Sky (142), Virgin Media (129) and Freesat (160), plus YouView, BT TV and TalkTalk TV. Or watch previous episodes on demand on dplay.
Tags:
paranormaltelevisiontopicalportals to hellkatrina weidman