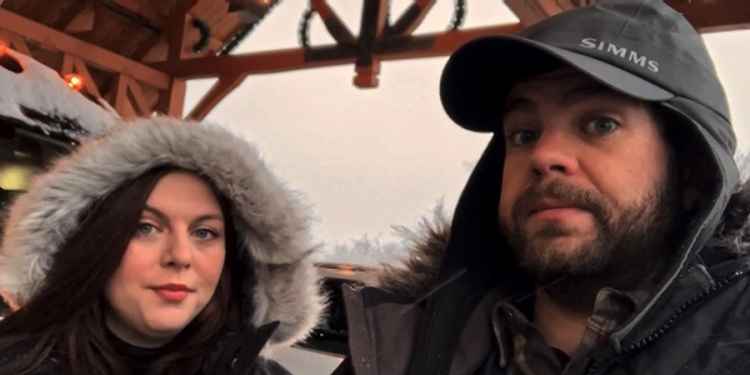 Jack Osbourne and Katrina Weidman investigated some of the most haunted locations in the USA as they went in search of paranormal portals, but how much can you remember about the series?
Test your knowledge of the first season of the US ghost hunting with these 20 tricky questions...

1. Katrina shared room 219 the Alaskan Hotel with the ghost of a young woman, but what is her name said to be?

2. What is the name of the legendary haunted honky-tonk in Kentucky that Jack and Katrina investigate?

3. Which famous haunted prison did the duo investigate as part of the show?

4. Which of these occult items did Jack and Katrina use at the LaLaurie Mansion?

5. What old-style type of camera did Jack use at the Twin City Opera House?

6. In which state is the Trans-Allegheny Lunatic Asylum situated?

7. Which legendary paranormal hotspot is Strawberry River Inn situated near?

8. What is now housed in the Emerald Hill Hell House?

9. Ben Hansen joined the duo for their investigation of Strawberry River Inn, but which ghost hunting show did he recently star in?

10. The manager of the Alaskan Hotel told Jack and Katrina that its paranormal activity could be due to it being built on what?

11. What's the name of the former caretaker who is said to haunt Bobby Mackey's?

12. What is the name of Jack's psychic medium friend who features in the series?

13. Which location that featured in the series was once home to a wealthy woman who tortured and mistreated slaves in her possession?

14. Which location visited in the series is said to be haunted by "Red Wine Robert Loughry?"

15. What was the name of the sadistic doctor who famously performed illegal lobotomies at the Trans-Allegheny Lunatic Asylum?

16. At one point in the series Jack goes looking for UFOs in the sky above which flying saucer hotspot?

17. Which of these ghost hunting gadgets did Jack and Katrina NOT use during the series?

18. In one episode, a psychic tried which of these paranormal experiments?

19. In which decade did Eastern State Penitentiary close?

20. Which device do the duo use that they believe shows spirits as stickmen on screen?