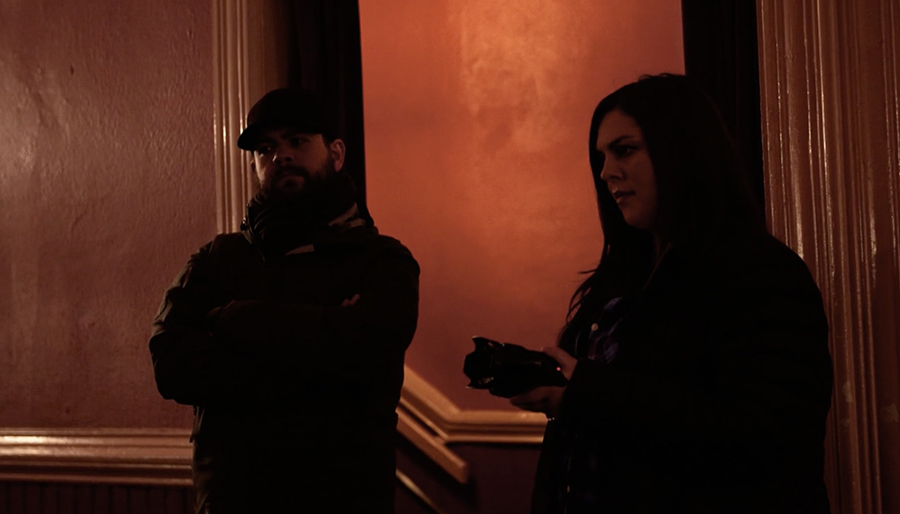 In this week's episode of Jack Osbourne and Katrina Weidman's new ghost hunting show, the duo investigate a majestic old theatre that's rumoured to be haunted by a host of sordid spirits.
The investigation aired as the second episode in the US, here in the UK on the Really channel it is being shown as the fifth in the series.
At the start of the episode we catch up with Jack and Katrina as they arrive in Ohio. They're heading to the sleepy town of McConnelsville to investigate the historic Twin City Opera House. Katrina tells us that this is a paranormal first, because the building has never been investigated for television before.
Upon their arrival at the grand old building, the pair meet up with Eric Glosser, a retired police officer who's been documenting the alleged hauntings at the opera house, which includes the mysterious sound of music playing, disembodied voices and even full apparitions. Apparently Eric has profiled 14 spirits and is convinced that there's not one, but several portals in the building.
They're also joined by the venue's manager, Adam Shriver, who tells them a little more about the building, which he says was opened in 1892. Despite being an entertainment venue, we're told that the building has its fair share of dark history including a murder that took place in the bar at the turn of the century and a woman who died of a heart attack in the audience of a show.
As always the pair are showed around the building, Jack describes it as "definitely one of the most active baseline tours" he's done. As soon as they step into the auditorium, Katrina asks if anything has ever been seen walking across the stage, because she'd thought she'd seen something odd. Eric said that this was Victoria, who is frequently seen roaming the stage area.
Later, in a part of the building known as the clock tower, Jack suddenly said he felt as if there were a pressure on his chest and he couldn't breath properly, which prompted them to quickly move on from there. As they were making their way through the building, they heard the cellar door slam. The door has a distinctive and identifiable sound because of a counterweight pulley system that keeps it shut.
Jack said, "the door slamming in the basement, I can't really quantify right now. It felt like a bit of an invitation [...] So, I feel like we should be spending a lot of our investigation down there." 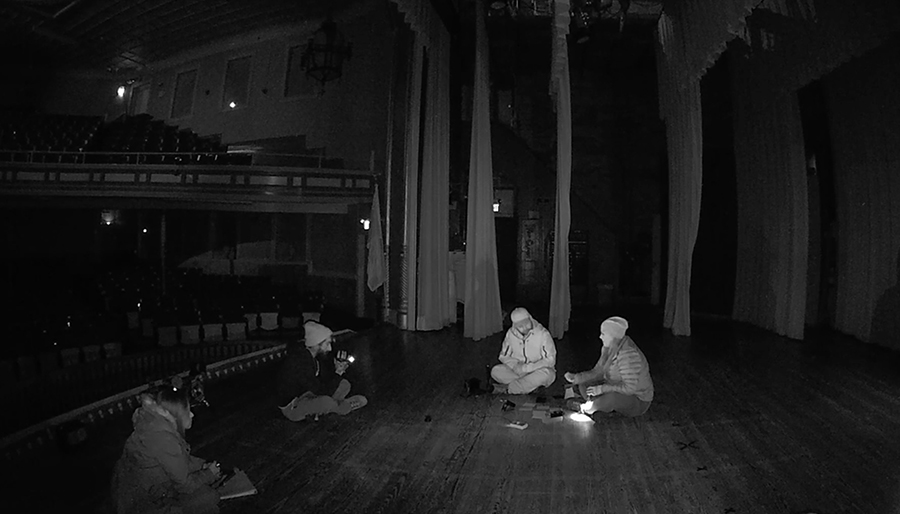 After meeting some of the amateur ghost hunters who've witnessed strange goings on at the theatre, Jack and Katrina got down to their investigation, starting in the theatre's auditorium itself. The team sat on the stage with an array of ghost hunting gadgets, one of which is supposed to detect footsteps.
They'd also placed a REM-Pod on the balcony, this is a ghost hunting gadget that detect changes in the static electricity field it radiates. During the vigil both devices lit up and beeped indicating that something was effecting them.
Jack had been using an old-style Polaroid camera and taking snaps as they called out to the spirits. In one of the photos they noticed an odd blue light above one of their crew member's heads. They took another photo to try to debunk it. The second photo showed that the light had moved, which they couldn't understand, but so had the only light source in the photo - the light on top of one of the video cameras, so it's most likely just a lens flare.
A little while later they switched to using a Geoport, a device that randomly scans through a bank of phonetic sounds allowing entities to produce intelligent responses to their questions. Although they didn't really get any intelligent responses, the closest was when Katrina asked who was with them and she thought the voice in reply sounded like it was saying "someone".
They then move to the catwalk above the stage, an area that Eric had told them is the location of a portal and is said to be haunted by a ghost known as "Red Wine Robert Loughry", who's thought to have been a stage hand working at the theatre at the turn of the last century.
Jack was using a Mel Meter, a device that works in a similar way to a REM-Pod, but with a few additional functions. The device triggered several times. Moments later they heard disembodied footsteps walking near them, and a crew member felt like they had been touched on their arm. 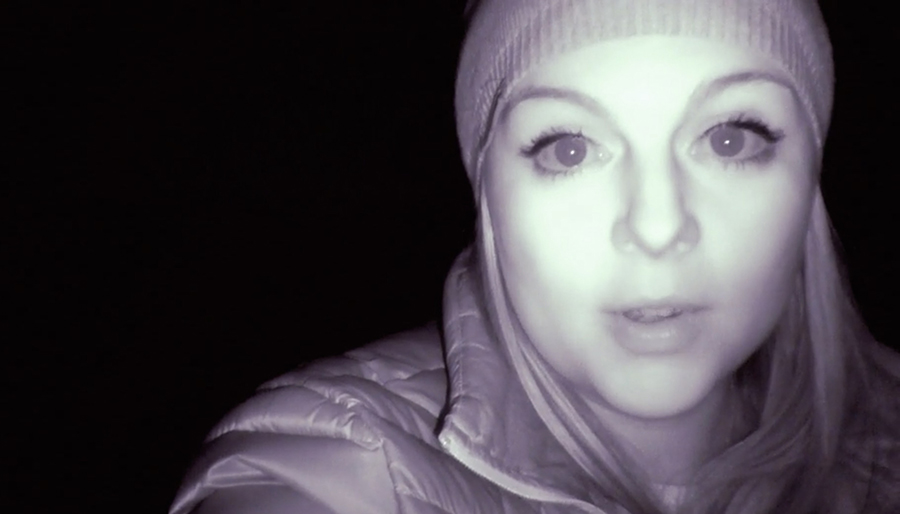 The pair split up and Jack headed up to the clock tower, the part of the building that had affecting him the most on his earlier walk around and it hit him again. As soon as he walked in he reported feeling dizzy.
Jack was using an audio recorder and found that every time he asked a question a static pop sound was being picked up by the microphone, so weirdly he went to investigate another part of the upper floor, but after leaving, he heard sounds coming from the room he'd perviously been in... perhaps he should have stayed there.
Meanwhile, Katrina was in the basement, where and evil entity known as Charlie is said to haunt. Eric and many of the witnesses believe Charlie to be a non-human entity. The hauntings in the basement have historically been violent and threatening, but Katrina braved the location alone. Despite the area's sinister reputation, Katrina's vigil was quiet and peaceful.
The pair re-grouped for the final part of the investigation and got more reactions on the Mel Meter in the basement. Jack then got a bit of a fright when the rickety chair he was sitting on at the time suddenly moved. They had some more vague responses through the Geoport, but beyond that the basement continued to be a spiritually quiet place.
The investigation in this episode felt a little more substantial than in some of the previous episodes, but despite the building's reputation as a possible portal to Hell, the activity Jack and Katrina encountered was pretty tame - at least this adds credibility to their investigation as nothing was overhyped.
Portals To Hell continues next week on Really as part of the channel's #Freakend event, bringing viewers two nights of paranormal entertainment every Thursday and Friday.
You can watch in the United Kingdom and Ireland as part of the Discovery family of channels. You can watch Really on Freeview (17), Sky (142), Virgin Media (129) and Freesat (160), plus YouView, BT TV and TalkTalk TV. Or watch previous episodes on demand on dplay.
Tags:
paranormaltelevisiontopicalportals to hellkatrina weidman