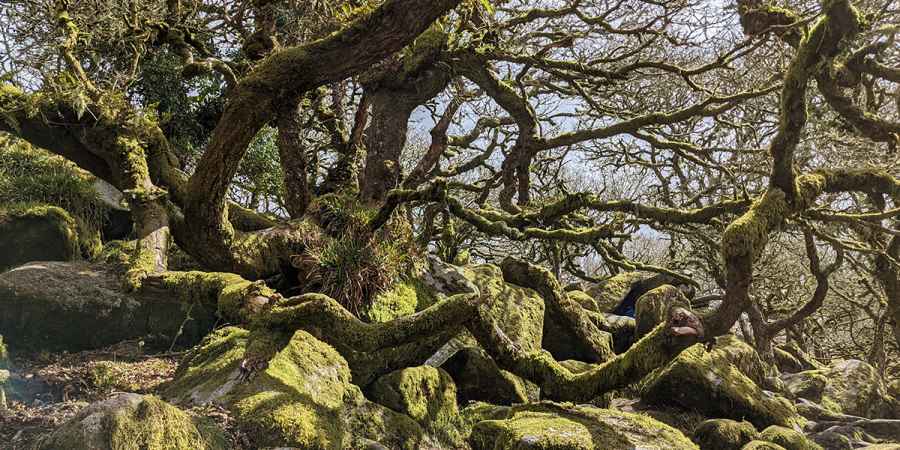 'Sideworld: Haunted Forests Of England' takes viewers on a creepy and fascinating journey through three of England's most haunted forests, exploring a trove of frightening tales, myths and folklore.
In Director and writer George Popov's film, which is available to stream on demand now, he explores the hauntings and legends associated with three of the country's most famous haunted forests - Wistman's Wood in Dartmoor, Cannock Chase in the Midlands, and Epping Forest in the South East.
Each of these three ancient woodlands have their own unique mysteries and urban legends, including tales of phantom animals, cryptids, ghost sightings, and alien encounters, not to mention grisly stories of true crimes.
Released on March 24, the documentary is the first in a series of upcoming 'Sideworld' horror documentaries, exploring a range of different topics. You can check out the atmospheric trailer for the 69-minute documentary below.
The tantalising trailer, features cinematic shots of these great woodlands and forests of the world, which are the remnants of a time long forgotten, but what dark secrets do these forests hide when no human is around to witness? What lurks in the depths of the undergrowth, in the shadows of the trees?
The documentary, which is set to a fittingly haunted score and narrated by Popov, mixes eyewitness testimonies and ancient folklore with modern tales of murder, from hounds of hell that are said to stalk Dartmoor, to something in the water that seems to drown people.
When the line between fact and fiction is enshrouded in mist and shadow, beyond that threshold is a place that Popov calls "the sideworld."
'Sideworld: Haunted Forests Of England' is available now on Amazon Prime Video in the UK, Prime Video in US, the Google Play Store, and YouTube Movie Rentals.
Tags:
paranormalghostsdocumentariestopical