Your Chance To Drink Champagne With Professor Stephen Hawking 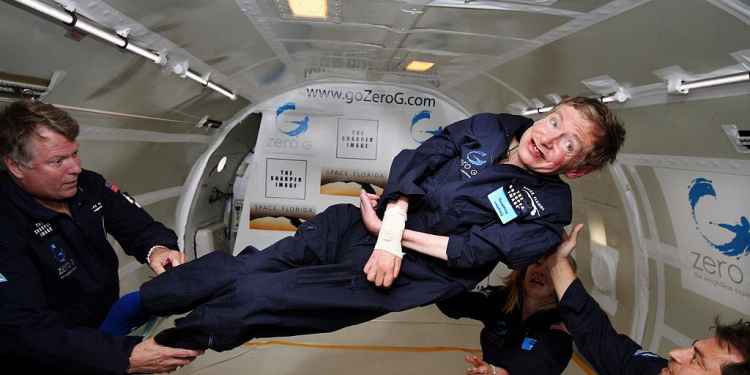 Photo: © Jim Campbell
Despite his recent death, you still have a genuine opportunity to drink champagne with the famous theoretical physicist Professor Stephen Hawking.
The only catch is you need to be a time traveller.
On June 28th, 2009, Professor Hawking held a party for time travellers in Cambridge. The only catch was he sent the invites out afterwards.
Although no one showed up to the party, the invitation is still valid. We've recently seen a spate of time travel stories in the news. Perhaps one of these alleged time travellers might like to join the Cambridge professor for a drink.
If you can travel through time, those glasses of champagne are still waiting. Just because Professor Hawking didn't report anyone attending his party back in 2009, that doesn't mean it might not happen in the future, and the past.
"Any kind of time travel to the past through wormholes or any other method is probably impossible, otherwise paradoxes would occur."
Stephen Hawking
The professor was apparently not surprised to find that no time travellers managed to make it back to his party, this may be because of what he called "the Mad Scientist paradox."
He once told the tale of a mad scientist who "is determined to create a paradox, even if it costs him his life." The scientist travels back in time, just one minute, "the scientist can see himself as he was one minute ago," but Professor Hawking questions what would happen if the scientist pulled out a gun and shot his earlier self.
Hawking explained, "he's now dead. So who fired the shot? It's a paradox. It just doesn't make sense. It's the sort of situation that gives cosmologists nightmares."
He said that time machines which allow someone to travel back in time "violate a fundamental rule that governs the entire universe," these time machines break causality, the principle that cause happens before effect and never the other way around.
Professor Hawking believed that "things can't make themselves impossible," by this he means the universe can't back itself into a corner. He said "I think something will always happen that prevents the paradox. Somehow there must be a reason why our scientist will never find himself in a situation where he could shoot himself."
However, other theoretical physicists believe that if someone was to travel back in time, time from that point on would be altered. So who's to say someone hasn't travelled back in time to quaff champers with the Prof, and we're now existing in a different timeline?
Add A Comment
Tags:
sciencetime traveltopical