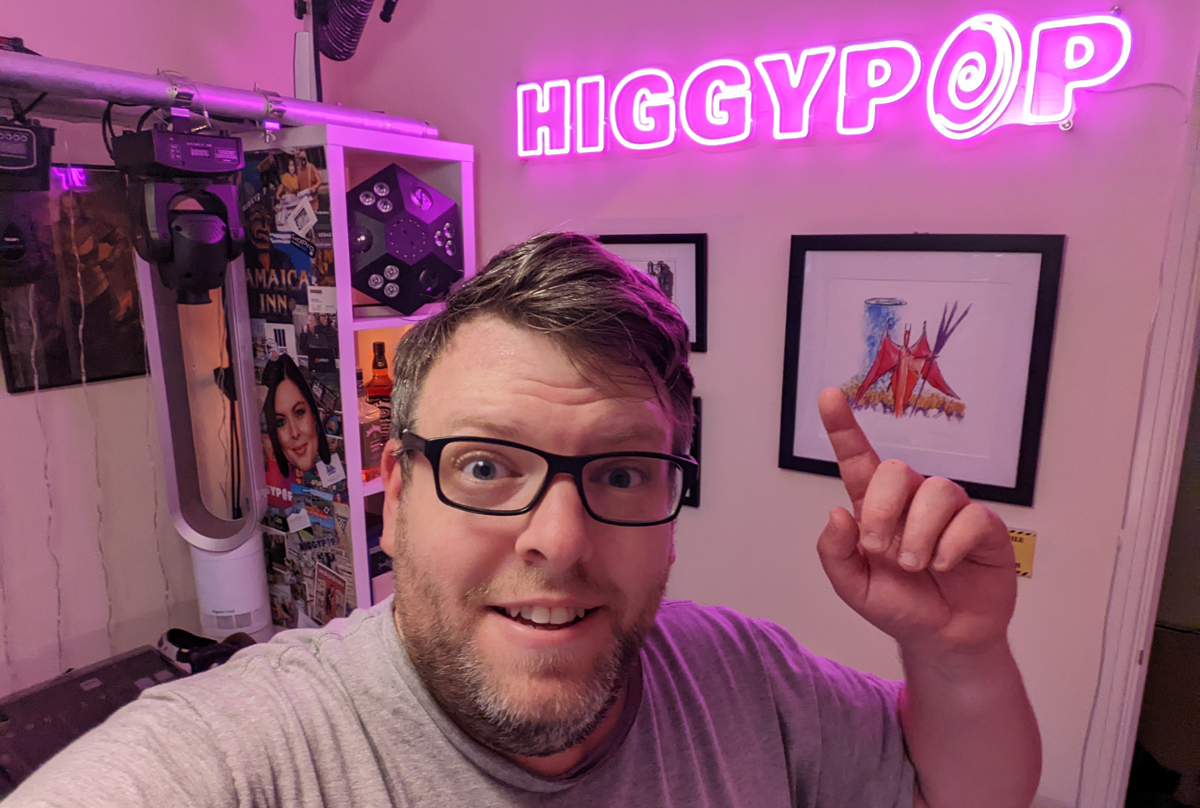 Get ready for a peek behind the scenes of Higgypop Paranormal with a chance to find out about its founder, Steve Higgins' rational and balanced approach to writing about ghosts and the paranormal.
Steve discusses his personal beliefs on the paranormal with me, as well as his preferred methods for investigating claims of ghostly activity, and the ways in which he strives to present a rational and balanced perspective on the paranormal field.
Steve also shares some of his personal experiences and thoughts on the current state and future potential of paranormal research. Through this interview, we gain insight into the unique perspective of a skeptic in the field of paranormal research and the importance of approaching the topic with an open, critical and unbiased mindset.
I started by asking Steve if he could explain what he calls a "rational and balanced" approach to writing about the paranormal. He said, "I try to make sure that the content is rational and balanced. By this I mean, it's never on the attack and doesn't belittle or alienate believers, but at the same time it does offer a skeptical angle and doesn't make assumptions about the nature of the paranormal."
He explained, "if I'm reviewing a paranormal reality television show, the team on that show are likely to uncover what the believe to be paranormal activity. As a viewer or reviewer, it's impossible to know for sure if that activity is paranormal or not without having been there to experience it for yourself. So in a review I'll never state as a matter of fact that what was seen on television was a genuine example of paranormal activity and where possible, I will offer alternative explanations for the activity witnessed."
This does seem like a very balanced approach. It allows readers to make their own conclusions while also providing them with a range of perspectives on the topic. I asked Steve how hard it is to ensure that he stays balanced when covering the paranormal. He said, "it comes down to learning as much about the paranormal field as possible. Even if I don't believe everything I learn and experience, having that knowledge allows me to understand experiments, processes and beliefs from both the point of view of a believer and a skeptic."
This makes sense. Being well-informed allows you to understand different perspectives, but of course it's also important to ensure that any information presented is accurate and credible. Speaking about the sources he relies on when researching and writing about the paranormal, Steve said, "there's plenty of books and academic sources to draw on when it comes to parapsychology, but most sources that relate specifically to ghost hunting tend to be quite speculative or anecdotal, so I tend to make sure what I write is accurate by doing the research for myself."
He explained, "rather than just assuming a piece of ghost hunting equipment works, as many people do, I strip it down, put it through its paces and test it to see how it works and determine whether it actually performs as it should. So, for example, is a K-II meter fit for its purpose? Can it detect ghosts and what can cause it to give false triggers?"
Steve is right, it's important to approach the topic with a scientific mindset and test the claims against not just evidence but also ghost hunting tools, rather than taking them at face value. By doing his own experiments and research, Steve is able to provide his readers with what he hopes is accurate and credible information.
It's also important to keep in mind that the field of paranormal research is not a mainstream science and many of the phenomena discussed are still unproven. So, it's important to be upfront with readers about what is known and what is not known, this way they can make up their own minds about the validity of the claims. Steve agrees. He said, "yes, that's the key to it really. I don't want to debunk every claim, I'd rather present all possible explanations and let readers make their own minds up."
By providing all sides of the story and presenting the information in an unbiased and objective manner, readers are able to come to their own conclusions. It also allows them to form their own opinions and deepen their understanding of the topic. This type of journalism is essential for fostering critical thinking and encouraging readers to engage with the information they are presented with.
I wanted to know how Steve goes about selecting the topics he covers on the site. He told me, "that can be tough because I produce an article each day and have done for six years now. Luckily there are always things to talk about like current trends in paranormal research. Things like new gadgets and new approaches like the Estes Method, and also new ghost hunting shows on television and supernatural movies. I also get a lot of ideas from the questions friends ask me about the paranormal, things like 'why do we never see the ghosts of dinosaurs?' That turned into a popular article, but started as a question I was asked by a drunk friend in a hot tub." 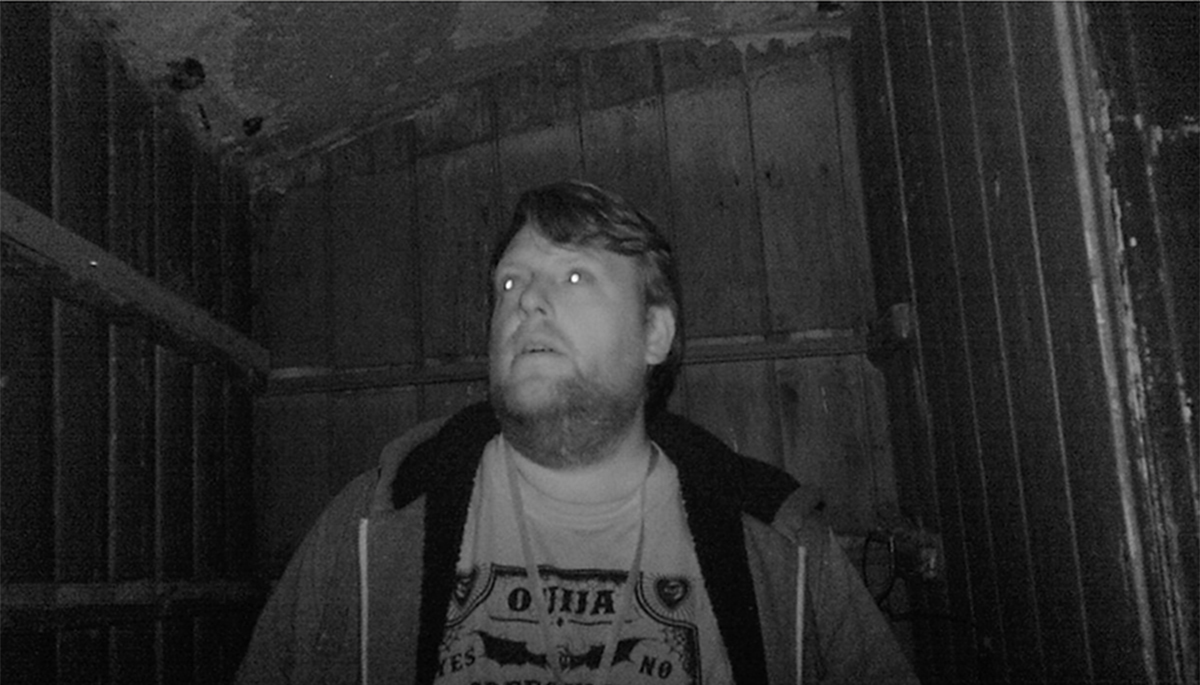 As well as a writer, Steve also embarks on plenty of ghosts hunts. I was interested in what these experiences might be like for a skeptic. Steve explained, "I've been to most of the locations that are said to be the most haunted places in the UK, but I've seen nothing to suggest that any of these places are haunted by the spirits of dead people. Although, I have to admit I have seen some strange and unexplained incidents."
So have any of these unexplained incidents influenced Steve's belief in ghosts and the paranormal? He said, "while at Woodchester Mansion in Gloucestershire, I saw a grey figure in my field of vision. I feel justified in calling it a 'ghost', because I think if a believer saw the same thing they would describe it as a ghost. Even this, I can't say for sure it was evidence of life after death. It could have been my eyes playing tricks on me or some other explainable phenomenon, although admittedly it was weird."
Speaking about his approach to investigating claims of paranormal activity, Steve said, "personally I like to try to experience what witnesses have reported themselves. I'm not interested in alleged spirit communication through electronic devices. If someone says they've experience something odd, like hearing footstep or seeing light anomalies, then I want to put myself in a situation where I might have the same experience and then try to work out what might have caused it."
Although skeptical, Steve takes an interest in many aspects of the paranormal field, including the idea of a quantum of shared consciousness. Steve told me, "I find the possibility that consciousness might live on as some kind of shared or unified field of consciousness interesting and wonder if perhaps fragments of this universal consciousness might sometimes slip through some kind of filter and be perceivable by someone who might interpret this moment as a ghostly encounter."
I finished up by asking Steve about his thoughts on the current state of paranormal research and the field's future potential. Steve said, "from my perspective, I don't see much to suggest that paranormal research is accepted as any kind of legitimate area of study. After hundreds of years of ghost hunting, no one has ever been able provide any solid evidence as to the existence of ghosts or explain the nature of hauntings. All I see today is teams of investigators carrying out the same type of experiments that ghost hunters have been conducting for decades, therefore the evidence the produce is no better than anything produced by some of the early investigators like Harry Price."
He added, "I would love to see teams doing more, thinking outside of the box and conducting some genuinely unique, controlled experiments designed to obtain some more meaningful and quantifiable evidence."
Hopefully this interview has given you a better understanding of the importance of approaching the paranormal with an open, critical, and unbiased mindset. Steve's approach to writing about paranormal is not only informative but also provides a valuable example of how to approach the topic with a balanced and objective perspective.
Tags:
paranormalghosts