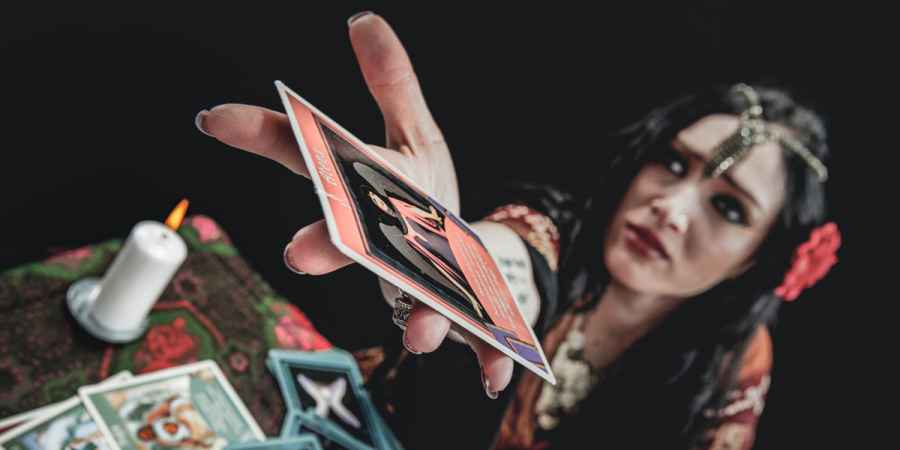 Photo: © Damir Spanic
Psychics have always been a huge part of the paranormal, from the mediums of Victorian séances to stage clairvoyants, for some it can be a big earner as well as a passion or interest, but there are some within the paranormal community who don't think money should change hands where mediumship is concerned.
Of course this becomes a debate because there are plenty of mediums who charge for their services and one side of the argument is that they are perfectly entitled to. After all any other person who provides any kind of service, everything from dog groomers to solicitors.
However, others will tell you that they believe mediums shouldn't be paid as their psychic abilities are a gift that should be used for good not gain, the only reward should be the satisfaction of helping others.
But why should this be? Someone who is a gifted musician can make money from their abilities, naturally good listeners might make their living as a councillor, so where is the line?
It seems that it's because of the sensitive nature of psychic reading and the potential for exploitation of the vulnerable or grieving. If a medium is not asking someone who is potentially vulnerable for money then they are less likely to be a fraud who is manipulating them.
As a skeptic, I feel I'm stuck somewhere between these two perspectives. At times I think mediums are nothing but harmless fun and that there's no harm in them charging for their services as an entertainer, but then when I hear about manipulative and exploitive mediums, it makes me think that not only should psychics not be charging people, but they shouldn't be allowed to offer their services at all to anyone.
One possible solution is to restrict demonstrations of psychic abilities to events and television shows where the mediumship is clearly labeled as entertainment.
By the letter of the law, mediums should make it clear that their services are offered for entertainment purposes only. If you've ever bought tickets to see a psychic medium's stage show in the UK, then the ticket would have come with the disclaimer "this event is for entertainment purposes only."
This clause dates back to laws laid down in the Fraudulent Mediums Act, which was passed in 1951 to prevent psychic mediums from intentionally conning those who seek out their services in England and Wales. The act was replaced in 2008 by new Consumer Protection Regulations, which offers similar protection to the public.
These laws tend not to be enforced nowadays in regards to the paranormal, in fact, there were only five prosecutions under the Fraudulent Mediums Act between 1980 and 1995, but by using the disclaimer for an event the venue absolves itself from the possibility that their event is intentionally trying to mislead its audience. It means the the venue and promoter don't have to carry out any due diligence to ensure the integrity and honesty of the medium.
Believers in mediumship are understandably not fans of the restrictive legislation. One recently posed the argument against the law, "if mediums must say that their work is 'for entertainment purposes' shouldn't priests? Shouldn't there be a sign outside churches saying 'for entertainment purposes only' too?" Well, arguably, yes they should.
Add A Comment
Tags:
psychics