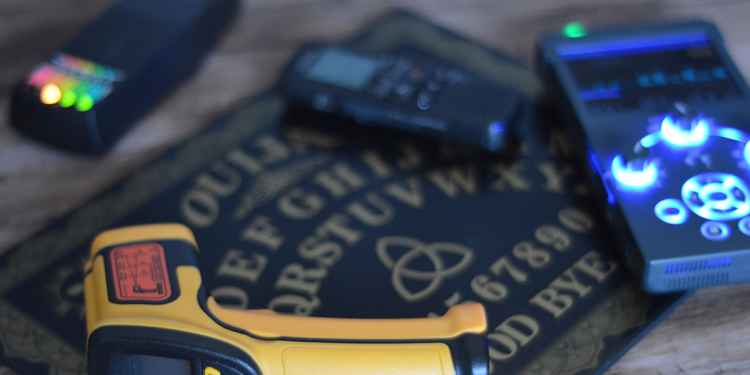 If you've experienced something odd at home, in an old manor house or some other haunted location, then you may be left wondering if what you've experienced is a genuine case of paranormal activity, or if there's a more rational explanation.
Here are a few non-supernatural explanations that could be the cause of some of the most commonly reported ghostly experiences. 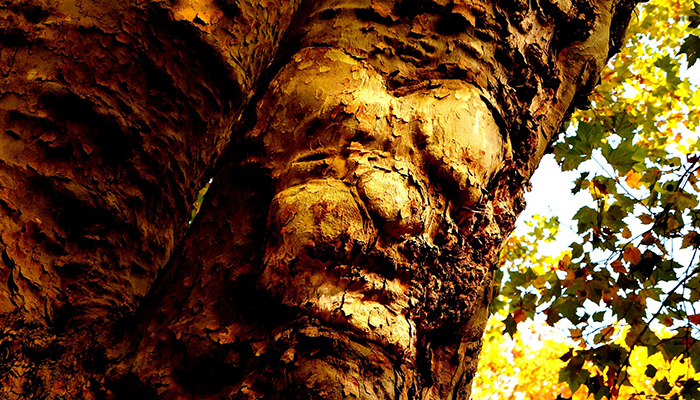 Photo: pixabay.com
Pareidolia is a psychological phenomenon where we perceive patterns in random data. The word is derived from the Greek words para, meaning something faulty, wrong, instead of, and the noun eidōlon, meaning image, form or shape.
The most famous examples of this are the image of a man on the surface of the moon, shapes in the clouds, and even the image of Jesus on a piece of toast or the Shroud of Turin. This principle can explain some photographs of ghosts, the human eyes sees a face or human form in abstract elements of a photo. This can also happen with the naked eye, when someone sees a shadow as a human shape.
The best way to check if this is really a paranormal photo or nothing more than pareidolia is to try to recreate it. It might be that the a face in a photo is nothing more than an unusual shadow or creases in a curtain. If you can easily recreate the phenomenon then it's almost certainly not paranormal and you'll probably be able to deduce what is creating the odd image.
The term pareidolia can also be applied to audio, many believe they have heard "backmasking" in music, it can be heard when records are played backwards. Conspiracy theorists believe the words and phrases that are heard have been intentionally recorded backwards and hidden on the records, but in most cases it is nothing more than the human brain trying to find order in chaos.
Some of the most memorable examples of this are in songs by the Beatles. Many fans claim to have heard "Paul is dead," in "Strawberry Fields Forever." In reality it is nothing more than noise. This form of audio pareidolia can influence paranormal researchers. Often sounds in EVP recordings can be mistaken for spirit voices.
EVP, or Electronic Voice Phenomenon is a technique which uses analogue or digital audio recorders to try to capture communications with spirits in the recordings. If you hear something in a recording which sounds like a word or phrase, you should be aware that pareidolia might be responsible for you hearing this.
Often a paranormal researcher will hear a word or phrase they are expecting to hear. For example if the researcher knows the spirit in a haunted location is called Fred, they might call out to the spirits, "what is your name?" and hear the reply "Fred."
The best way to prove or disprove this evidence is to ask someone who is not connected to the investigation and has no knowledge of the spirit's name to review it, if they are unable to pick out the name Fred then it is almost certainly audio pareidolia.
Our tendency to spot faces, and more specifically faces, in random patterns is said to date back to early humans when spotting the face of a potential threat from a distance or in poor visibility was an important survival instinct. 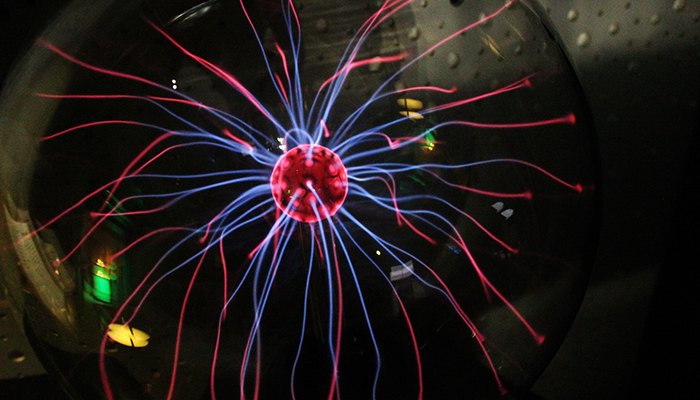 Photo: pixabay.com
Electromagnetic fields are most often associated with electronic devices, especially those with broadcast capability, but there are also naturally occurring EM fields on Earth. When field strength is high or aggressively fluctuating it can affect the temporal lobes of the brain.
The symptoms can range from seeing light anomalies, feeling a perception of a presence, or sensations of being touched.
Michael Persinger, a Canadian neuroscientist has been recreating the phenomenon in his lab for years. He uses a specially designed helmet which uses a weak pulsed magnetic fields to induce the feeling in volunteers. According to his finding, someone exposed to these kind of fields for just 15 minutes can start to feel like there's an invisible presence in the room.
This could explain reports of hauntings in locations where there is an erratic or strong electromagnetic field. The best way to validate a haunting is to ensure that there are no constant or erratic fields in or around the property using an EMF meter. If you find the location has a high or changeable field strength then you should bare in mind that people in the building maybe susceptible to these fields and should use other methods other than human senses to validate the claims.
For example you may want to discredit light anomalies seen with the naked eye and instead rely on evidence capture on camera which shouldn't be effected by low level EM fields. 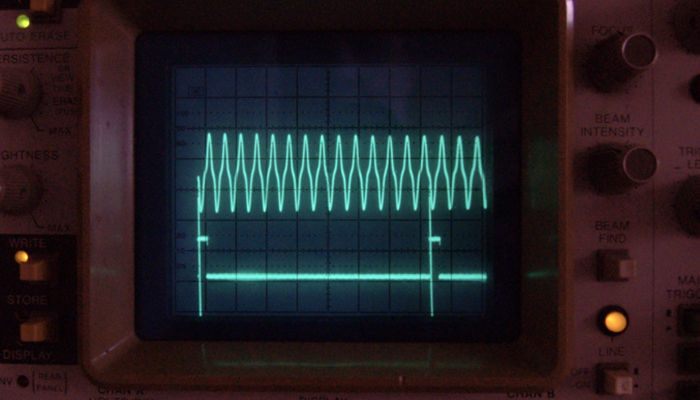 Photo: © Gene Selkov
Infrasound is very low frequency sound, it's below the human range of hearing and it too is said to be a cause of supposed paranormal activity. These low frequency vibrations have been known to cause people to report discomfort in the form of disorientation, feeling panicked, an increased heart rate and blood pressure.
In extreme cases infrasound has been attributed to feelings of depression, a general feeling of unease, as well as vision like apparitions.
The effects were discovered by scientists researching the low frequency noise created by wind turbines and traffic noise. They also found links between infrasound and the sensations described as getting chills down the spine.
As specialist audio equipment is required to detect infrasound, it can be hard to eliminate this from your investigation. However keeping doors and windows closed will help to keep these frequencies out of the building. It should also be noted that some machinery and even fans can produce the low frequencies associated with infrasound, another reason why care should be taken to turn off any electrical equipment which could interfere with your investigation. 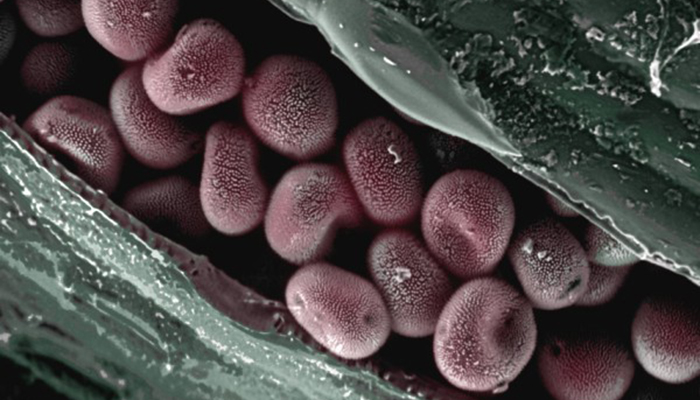 Photo: © Philippa Uwins
You should already know the dangers of carbon monoxide, with just mild exposure you might experience headaches, nausea, vomiting and fatigue. It's even said to cause aural and visual hallucinations. A faulty boiler, gas fire, or other gas appliances can result in a carbon monoxide leak.
It goes without saying that experiencing these symptoms regularly in that same location will lead to an feeling of unease and unhappiness in the location.
These feelings and symptoms can also be experienced as the result of a haunting. So you should do all you can to try to eliminate carbon monoxide poisoning from your investigation. If you find yourself investigating a property where someone has reported a haunting that fits the description of carbon monoxide poisoning then a sensible course of investigation would be to take a carbon monoxide detector along with you.
Similar symptoms can also be caused by poisoning from other toxins including formaldehyde, pesticide and even some moulds and funguses which might be growing in a damp room can trigger significant mental or neurological symptoms. 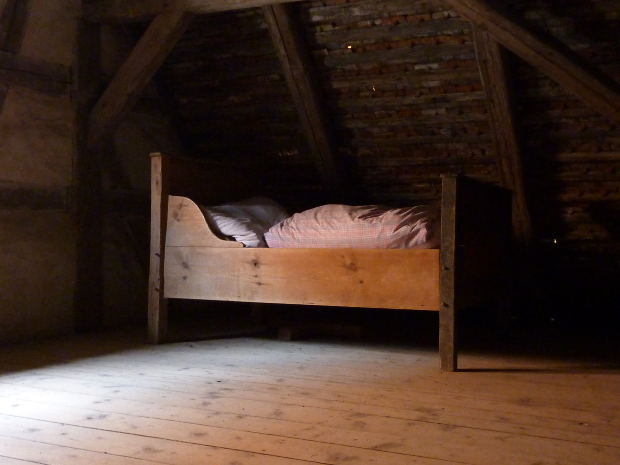 Sleep paralysis is a phenomenon that can explain some sighting of shadowy figures and apparitions.
Sleep paralysis is when our bodies suddenly snap out of deep sleep. During REM (rapid eye movement) sleep, we start to dream and to stop us from physically acting out those dreams, out body releases a neurotransmitter called glycine. This triggers nerve receptor in our muscles in order to stop them moving while in this phase of deep sleep. Essentially we are paralysed, but the chemical normally wears off by the time we wake up.
If you suddenly become conscious while dreaming, perhaps due to a nightmare or a loud sound, you may find your body is still in its paralysed state. It can be terrifying, and to make it all the more scary, those who suffer from sleep paralysis have reported seeing everything from ghosts to mysterious black figures near their beds.
Many report that breathing is difficult and describe the sensation as feeling like someone or something is applying pressure to their chest or even holding them down. In some cultures it is believed that sleep paralysis is a demon who sits on a person's chest if they have been neglecting prayer or other duties.
Of course this doesn't explain all cases of dark figures or apparitions, but where stories involve seeing these vision from bed during disturbed sleep more investigation maybe required to prove that this is a genuine paranormal incident.
Tags:
paranormalghosts