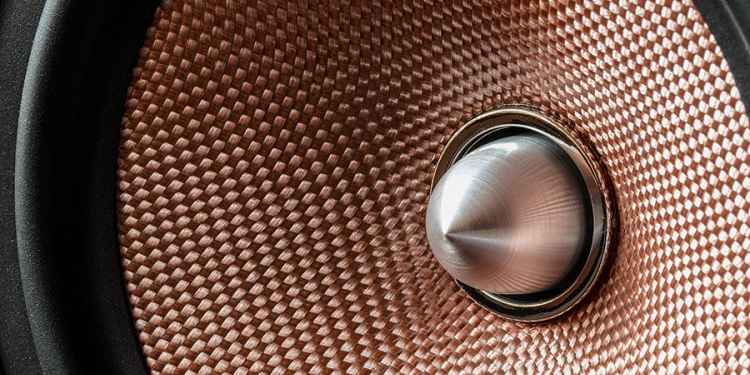 Photo: pixabay.com
When it comes to the paranormal, audio frequencies are something that is commonly discussed in relation to EVPs. That's Electronic Voice Phenomenon, where what's believed to be spirit voices are captured in audio recordings.
Most paranormal investigators concentrate on the frequencies that the human ear can hear, but at a lower wavelength we find infrasound and at a higher wavelength we find ultrasound - these can also be of interest during an investigation.

Ultrasound waves have a frequency higher than 20,000Hz, which is outside the upper limit for human hearing. The cochlea in the human ear is only stimulated by a limited range of frequencies. This means that humans can only hear certain frequencies. The range of normal human hearing is 20Hz to 20,000Hz, but some animals like dogs can hear the ultrasound.
Ultrasound has several applications in healthcare. It is used to break kidney stones. The vibrations caused by the ultrasound shake apart kidney stones, breaking them up. The principle is the same as the opera singer's trick, where a glass may shatter if the singer makes a high-pitched sound near to the glass. It is also used to scan the inside of the body, creating a picture of something that cannot be seen directly, such as an unborn baby in the womb.
Ultrasound occurs in almost every situation, there is noise around us all the time but we may not be hearing all of it. Any sort of movement can create a vibration, which in turn creates sound waves, these can be in the ultrasound range, as well as being audible. A lot of the electrical equipment we use on a daily basis emits ultrasound.
Microphones, including those in smartphones and digital audio recorders, are designed specifically to pick up the frequency range which roughly matches the range that the human ear can hear. Humans can hear sounds between 20 and 20,000Hz, but most microphones aren't quite as sensitive and fall within this range at about 50 to 18kHz. Some very expensive specialist microphones are able to pick up audio outside of this range, but you wouldn't find this sort of microphone in any consumer device.
This means that if you are using a digital audio recorder to try to capture EVPs, then you know that the device isn't going to pick up any sounds that you can't hear with your own ears. Of course, this is pretty logical anyway, as if a device did catch something outside of your ear's frequency range you wouldn't be able to hear it when you play it back.
So, if there is an EVP in your audio recording, then you know it must have been created in one of two ways:
1. The sound was audible at the time of recording and was extremely quiet. It must have been either very close to the microphone or nearer to the microphone than you were, so it picked the sound up but you didn't. Or the device is more sensitive to low level noise than your ear.
2. The sound was not audible at the time but has made its way into the recording via a form of electrical interference, which effects either the devices circuitry or storage medium.
It's not commonly practiced, but some paranormal investigation teams use ultrasound detectors as part of their investigation. These type of detectors are mainly used to pick up ultrasound signals emitted by bats, insects or other animals. These devices are capable of translating high frequencies into audible sound we can hear in real-time, as well as recording them on to a memory card.
This device could be used during paranormal investigations to obtain a baseline reading of ultrasound at the location, but also as a means of capturing EVPs at a higher frequency than we can normally hear or capture using a recording device.

Infrasound is very low frequency sound vibrating from 0.1 to 20Hz, it's below the human range of hearing and it is a cause of mistaken reports of paranormal activity. These low frequency vibrations have been known to cause people to report discomfort in the form of disorientation, feeling panicked, and an increased heart rate and blood pressure.
In extreme cases infrasound has been attributed to feelings of depression, a general feeling of unease, as well as visions of apparitions.
Scientists researching the low frequency noise created by wind turbines and traffic noise discovered the effects of infrasound on humans. They found a link between infrasound and the sensations often described as getting chills down the spine.
As specialist audio equipment is required to detect infrasound, it can be hard to eliminate this from your investigation. However keeping doors and windows closed will help to keep these frequencies out of the building. It should also be noted that some machinery and even fans can produce the low frequencies associated with infrasound. This is another reason why care should be taken to turn off any electrical equipment which could interfere with your investigation.
The link between infrasound and paranormal activity was first researched by some of the early paranormal investigators, including Harry Price, who would make a basic tilt switch using mercury in order to detect tremors which could produce infrasound waves.
In 1980, by a Vic Tandy, an experimental officer and part-time lecturer in the school of international studies and law at Coventry University in the UK. He was working alone late one night in a lab, which has a reputation of being haunted. He reported feeling anxious and claimed he could see dark objects out of the corner of his eye, but when he turned to face the greyish blob, there was nothing there.
The next day the researcher noticed what some might describe as poltergeist activity. He was working on his fencing sword, which is made of a lightweight, flexible metal. He had the handle of the foil held in a vice on his desk, when he noticed that the blade started vibrating, even though nothing was touching it.
In 2003, an experiment using infrasound was carried out in London. Infrasound was played during a concert in the Purcell Room. Afterwards the audience were interviewed and their responses analysed by psychologists. On average, infrasound boosted the number of strange experiences by around 22% and caused the concertgoers to report feelings of sorrow, coldness and anxiety.