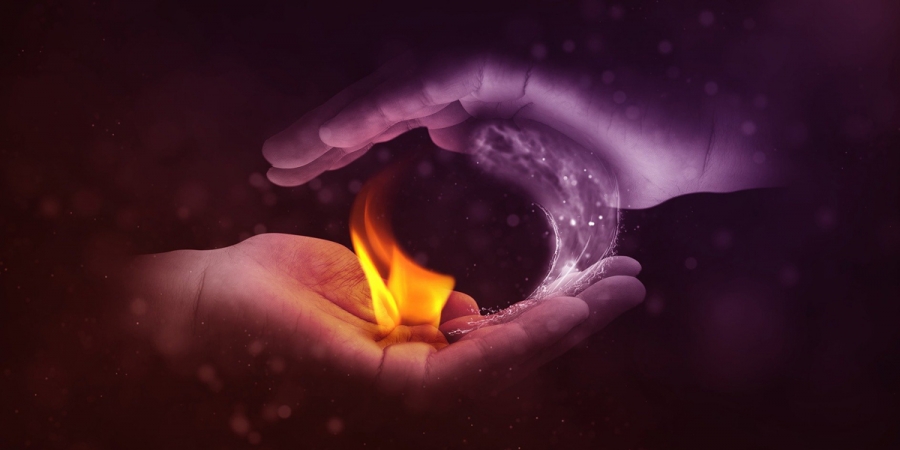 Photo: pixabay.com
If you're a paranormal investigator then there's a chance that you might have been caught out by vibrational waves in the last few months, however there's also a very good chance that you have no idea what this term means or how it relates to the paranormal.
Back in September we published an article entitled, 'The Vibrational Waves That Could Give Rise To Paranormal Energy', which talked about how vibrational waves could enable paranormal researchers to understand the energies and frequencies at play where ghosts and hauntings are concerned.
Sounds like jargon doesn't it? So, what does it all actually mean? We'll the truth is it means absolutely nothing.
The article is total nonsense, it's simply a collection of scientific sounding buzz words with vague links to the paranormal world. The article has no real narrative, let alone a conclusion or a purpose.
The article, complete with a mystical looking lead image, mentioned gibberish things like, "it's not just ghost hunters that are open to the possibility of paranormal frequencies, psychics, mediums and spiritualists are also in tune to a wider band of energy than science focuses on." And, "paranormal investigators tell us that energy comes in many different forms."
We even got away with writing about "low frequency vibrations through to higher-level frequencies that are outside and beyond the human sphere of comprehension," whatever that means.
We made baseless claims like "the phase and amplitude of this energy can vary depending upon whether it's naturally occurring, like the energy in the body, or manmade like radio transmissions and infrasound," and had the audacity to claim that "in many ways the brain is like a telephone or an old-fashioned valve radio receiver, one which is susceptible to interference and static."
We did throw in a few out-of-context titbits of genuine science, in the hopes it would make the text more convincing to the reader even though it was actually completely unrelated. For example, we wrote, "energy cannot be created or destroyed, it can only be changed from one form to another."
So what was the point of all this? It was a bit of an experiment to see how many people with an interest in the paranormal would read meaning into an otherwise meaningless article.
To find this out a poll was included at the bottom of the page asking readers to rate how insightful they found the article and wrote. We justified the inclusion of this poll with the precursor, "we haven't previously posted many article in this in-depth scientific style, so we'd love to know if you found the page useful or not, let us know below."
The results were surprising...
As you can see from the poll results, 86% of readers who responded to the poll said that the article was at least reasonably insightful, with a majority of 56% going as far as to say they found the page very insightful.

Why Did We Do It?

The reason we decided to play this little prank on our readers was due the number of paranormal teams that we see posting profound sounding memes on social media that proclaim to be based in science and relate to the paranormal but actually mean nothing at all.
One such example that is posted regularly is this quote which is incorrectly attributed to a respected scientist: "One of the greatest minds of humanity, Albert Einstein, believed that ghosts are real. He said that all the energy in the universe is constant and since this energy cannot be destroyed, it can transform into new energy and the creation of ghosts."
Another commonly shared quote is "Everything is energy and that's all there is to it. Match the frequency of the reality you want and you cannot help but get that reality. It can be no other way. This is not philosophy. This is physics." Clearly this is not physics, it too is nonsense full of scientific buzz words without any valid conclusion.
It's fair to say that our experiment isn't the most scientific ever conducted, there are a few flaws. The main one being that anyone who saw through the article straight away and deemed it to be nonsense would be less likely to read all the way through to the end in order to see the poll.
On the other hand, those who were fooled by the article and found it interesting would be more likely to have made it to the end of the page in order to see the poll and respond with their rating.
However this isn't the only data we were able to collect. We're able to track how many times the page was shared publicly on social media. The share count for this article was more than double (221%) the average of every article we've posted since. The numbers weren't especially high, and the article's share count was beaten by several other articles during this time period, but it does show that people put enough value in it to share it, when really it should have been shared less than average based on the quality of the content.
Add A Comment
Tags:
paranormalscience