Where Has All The Ectoplasm Gone? 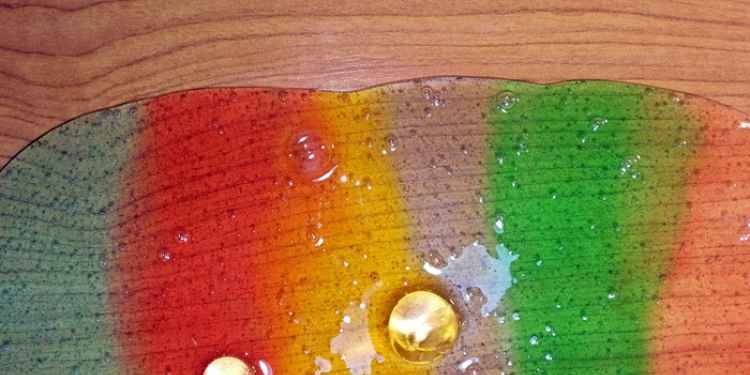 Photo: pixabay.com
Like many other kids growing up in the 1980s, my first exposure to ectoplasm was in 'Ghostbusters'. At the time the gloopy, slimy, ghost residue was quite popular in the paranormal world, but what's happened to ectoplasm? It seems to have dropped off of ghost hunter's radars?
However, ectoplasm was far from its peek in the 1980s, as a phenomenon, it dates back to séances in the Victorian era. Mediums of the time would spew up reams of ectoplasm as part of their elaborate shows. The name ectoplasm was coined by Nobel Prize winning French physiologist, Charles Richet in 1894. It derives from the Greek words ektos and plasma, meaning an "exteriorised substance". Ektos meaning outside or exterior and plasma meaning "something formed or moulded".
Described as being, "very variable in appearance, being sometimes vaporous, sometimes a plastic paste, sometimes a bundle of fine threads, or a membrane with swellings or fringes, or a fine fabric-like tissue". It was believed that ectoplasm was the substance that gave spirits a physical form. It allowed them to interact with the environment around them. It was often "formed" by medium while in a trance state, it would emerge from their mouths and other orifices.
The slime started off transparent or even invisible. As it was charged with psychic energy by the medium it would become visible and more of a physical substance, which was white in colour. Ghosts would then drape this over their ethereal bodies to give them a corporeal form.
The ectoplasm exuded from the medium's body would often take the shape of limbs, faces, and even the entire human-like form of a spirit.
Some who witnessed the production of the elusive substance claimed that it had a strong smell. This may have varied depending on which orifice the slime was pulled from. For Danish psychic Einer Nielsen this was almost certainly the case. In 1922 he was caught concealing his fake ectoplasm anally.
"A viscous, gelatinous substance which appeared to differ from every known form of matter in that it could solidify and be used for material purposes."
Arthur Conan Doyle

Why The Decline In Ectoplasm? 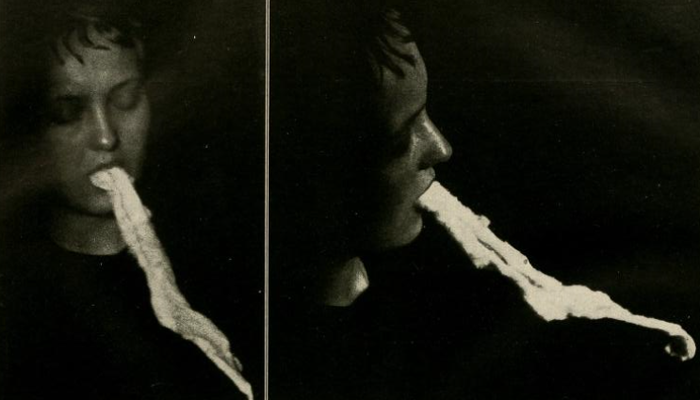 Photo: © Albert von Schrenck-Notzing
You may be forgiven for not knowing about ectoplasm's role in séances. The ghostly substance has only appeared in movies in recent years. It's a long forgotten part of mediumship and regarded as part of the Victorian spiritual hoax.
There's never been any physical evidence to support the existence of ectoplasm. Skeptics who tested samples found it to be various non-paranormal materials. These included textiles smothered in potato starch, paper, cloth and egg white, and butter muslin.
As well as slipping some of the fake ectoplasm up the bum, mediums would also swallow and regurgitate it in front of their guests. One medium, Mina Crandon, was famous for producing a small human-like hand from her stomach. She claimed it was formed from ectoplasm, but researchers who examined the hand found it was nothing more than carved animal liver.
Ectoplasm played right into fraudulent psychic of the 19th and early-20th centuries' hands. As they claimed that the substance only manifested in darkness it acted as an excuse for the medium to lower or turn off the lights at séances. This of course enabled them to perform even more faux happenings. It wasn't just light that interfered with ectoplasmic production, touching it also caused it to vanish. This meant that the medium had a good reason to ask sitters to keep their distance, again giving them room to perform their tricks.
Ghost hunting is quite faddy, trends come and go in the paranormal world. For a time orbs were the buzz words and every paranormal research proudly showed off the odd glowing balls of light in their photographs. It became harder for the paranormal community to ignore claims from skeptics that orbs were nothing more than dust caught in light. Eventually the phenomenon of orbs started to die out in photographic evidence.
The same happened to ectoplasm. It was once a popular part of displays of mediumship, over time it was debunked so often that its use as part of séances diminished. Ectoplasm faded away and vanished into obscurity.
Tags:
paranormalghosts