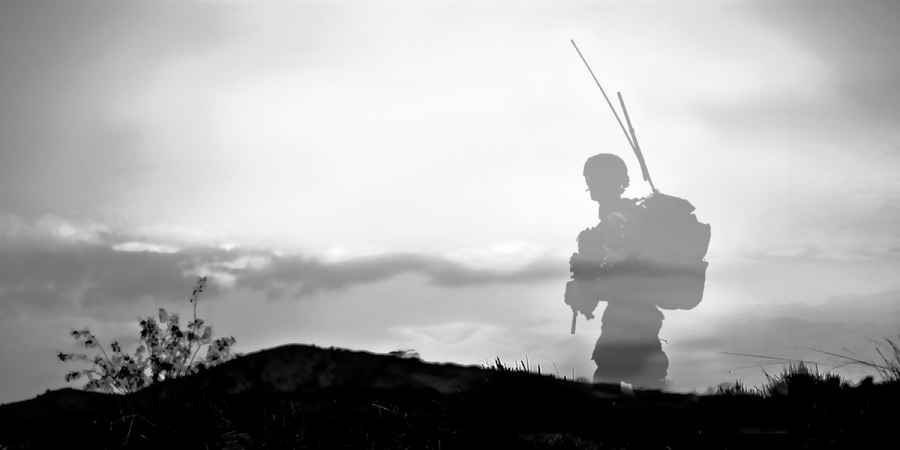 In the late 19th century ghosts of living people were actually more commonly reported than ghosts of the dead, so why are they no longer reported a century later?
Modern-day paranormal researchers often state that there are two types of ghosts - intelligent and residual hauntings, but this idea is a fairly recent one. Even the legendary paranormal investigator Harry Price doesn't mention these terms in his 1936 book 'Confessions Of A Ghost Hunter', perhaps proving that this isn't an established concept.
Historically investigators have been more likely to categories spooks as either 'ghosts of the living' or 'ghosts of the dead'. The concept of ghosts of the dead is still a pretty common one, but today ghosts of the living are very rare, almost unheard of.
Phantasms of the living were described as identifiable apparitions of living people, usually people the witness knew such as a friend or family member. They were often seen when the person was close to death or in a time of need. It was believed that these apparitions weren't spirits as such, but some kind of unexplained telepathic phenomenon.
Although these sorts of ghost sightings are rare today, according to a survey conducted just over a century ago they were more commonly reported than ghosts of the dead.
'The Census of Hallucinations' was an early study conducted by the fairly newly-formed Society for Psychical Research (SPR) in 1984. The SPR questioned 17,000 people from across Europe about encounters with paranormal apparitions and found that around two-thirds of those who could describe a ghost they'd seen said it was a ghost of someone who is currently living, rather than a dead person.
The researchers asked the questions, "have you ever, when believing yourself to be completely awake, had a vivid impression of seeing or being touched by a living being or inanimate object, or of hearing a voice; which impression, so far as you could discover, was not due to any external physical cause?"
Around 1,700 answered 'yes', approximately 10% of those surveyed. Just over half of those who answered 'yes' said that they recognised the apparition they saw. 275 people said that the apparition they saw was that of a dead person, while 615 said that they saw an apparition of a living person.
This means that statistically 3.5% of people witnessed a phantasm of the living in the 1890s, so why are so few reported now? Today, you're more likely to hear someone describing their ghostly encounter as the ghost of a soldier, a phantom monk or even a demon.
The drop in the number of encounters with apparitions of the living most likely has more to do with cultural conditioning than an actual change to ghostly behaviour.
We often think of ghosts as apparitions, because there are countless tales of headless monks, ghostly soldiers and white ladies, but the reality is that sightings of identifiable full-torso apparitions are extremely rare. Most reports of detailed apparitions, like a woman in flowing white dress or a demon nun are rooted in folklore and are old, anecdotal tales passed on through the generations.
Modern ghost sightings tend to be of dark shadowy figures rather than identifiable apparitions. Because we've been conditioned through popular culture to expect a ghost to be in the form of something like a man in Victorian clothing, a WWII soldier or lady in white, that's what we assume this shadow figure is.
Often this conclusion is strengthened by investigators looking for specific evidence that supports their belief of what they expect it to be and ignoring any evidence that doesn't support their theory. This can be evidence obtained through a psychic medium or spirit communication, whether that's tapping responses, using a spirit board or ghost hunting gadgets.
Interestingly, if someone sees the vision of someone they recognise who they know to be living nowadays, they're more likely to describe the encounter as a doppelgänger rather than a ghost, because that's what culture calls this phenomenon now.
All this goes to show that it's not that the nature of hauntings has changed over time, it's just how witnesses interpret and describe what they have seen that has changed.
Thanks to the increased interested in the paranormal generated by shows like 'Most Haunted', there's now more people investigating the paranormal than ever before. 150 years ago an encounter with paranormal activity would have be a personal experience and the witness might have related that activity to their life. For example if someone smelt an unexplained scent of flowers drifting through their home they might associate that with their late-grandma's perfume.
While this may still happen today, those stories are lost amongst the tales from countless paranormal teams and individuals who now investigate unfamiliar locations and places with no personal ties. If they experience something unusual at one of these places they are much less likely to attribute that happening to someone they know. However they are likely to attribute it to the legend of the phantom pirate or mischievous child spirit that haunts the location.
Nowadays a lot of reports of hauntings involve poltergeist-like activity, and communication via knocks and through the use of ghost hunting gadgets leading people to form their own conclusion about what's causing it, and that conclusion is based on current trends. Whereas 150 years ago people might have thought, "I wonder if that's my father," today they conclude, "that's the black monk!"
Tags:
paranormalghosts