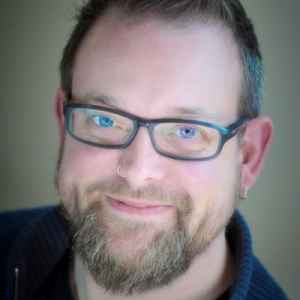 Frazer Lee's debut novel 'The Lamplighters' was a Bram Stoker Award finalist for 'Best First Novel' and a Book Pipeline finalist. His other published works include the Amazon No. 1 horror/thriller 'Panic Button: The Official Movie Novelization', novels 'The Jack in the Green' and 'The Skintaker', and the 'Daniel Gates Adventures' series of novellas.

His screenwriting credits include the acclaimed horror/thriller feature film 'Panic Button', and award-winning short films 'Simone' and 'The Stay'. His film and television directing credits include multiple award-winning films 'On Edge' and 'Red Lines' (starring Doug "Pinhead" from Hellraiser Bradley) and the promo campaign for Discovery Channel's 'True Horror With Anthony Head'. His script doctor and story consultant engagements include commissions from The Asylum, Mediente Films International, Movie Mogul, and others.

Frazer is Head of Creative Writing at Brunel University London and is an active member of the Horror Writers Association and International Thriller Writers. His guest speaking engagements have included StokerCon, World Horror Con, London Screenwriters Festival, and the Guerilla Filmmakers Masterclass. He lives with his family in Buckinghamshire, England just across the cemetery from the actual Hammer House of Horror.