The Hauntings Of The Botanic Gardens Museum 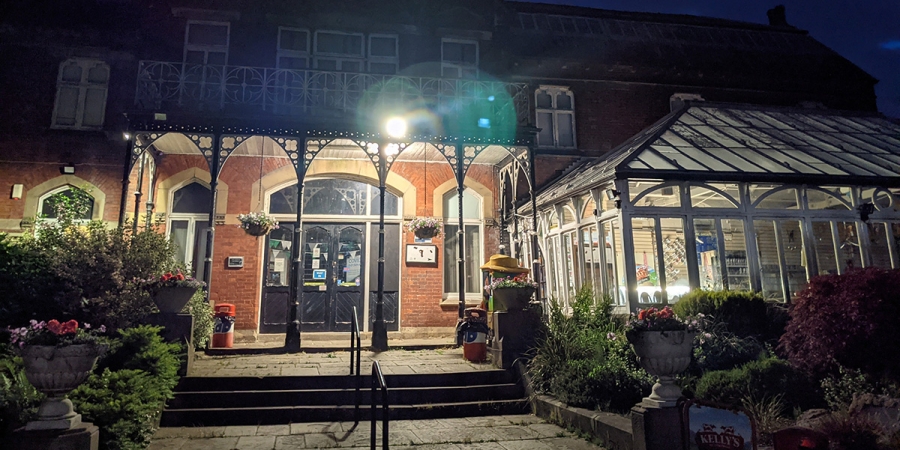 The historic Botanic Gardens Museum in Southport close its doors to the public in 2011, but the building has recently been given a new lease of life by paranormal events company, Most Haunted Experience.

The Botanic Gardens Museum in Southport was designed by the local architects Mellor & Sutton of London street and built by George Duxfield of Duxfield Brothers Southport, the museum opened its doors to the public in 1876. The world famous American showman politician and businessman Phineas T. Barnum, who founded the world renowned Barnum & Bailey Circus was used as an advisor in the construction of the museum, where his top hat was once displayed.
Sadly the museum collections were sold off in 1932. When the gardens, and the exhibition hall were closed. However, knowing that the community needed the museum. It was later triumphantly reopened by John Scoles, but the a new collection. Many of the artefacts were donated by local residents, as many of the exhibits dealt with local as well as natural history. The Cecily Bate collection of dolls was added, a Victorian room was constructed and many local artefacts relating to Southport heritage were for the first time available to be viewed in one place by the public.
Due to a cost cutting exercise by Sefton Council, the difficult decision to shut the museum down was made on the 24th of April 2011. The much love Botanical Gardens Museum, once again, closed its doors to the public.
The building has now been given a new lease of life by paranormal events company, Most Haunted Experience. As well as serving as a venue for their ghost hunts, the Victorian building has become the home of Most Haunted's very own oddities museum, which houses exhibits detailing the history of paranormal research containing ghost hunting paraphernalia, through to one-of-a-kind and macabre artefacts relating to crime and punishment, and memorabilia and collectables charting the history of the show itself.
The paranormal activity in the building is pretty much untapped and documented accounts are hard to come by, but reports range from sightings of figures staring out of the window at night seen by people walking through the park, items on display in the museum are said to move of their own accord, and the sound of children playing have been heard in the empty exhibition spaces.

The Botanic Gardens Museum Features In

June 24, 2021Most Haunted At The Botanic Garden Museum

More From The Botanic Gardens Museum