Investigating The Hauntings Of The Historic Museum In Southport's Botanic Gardens 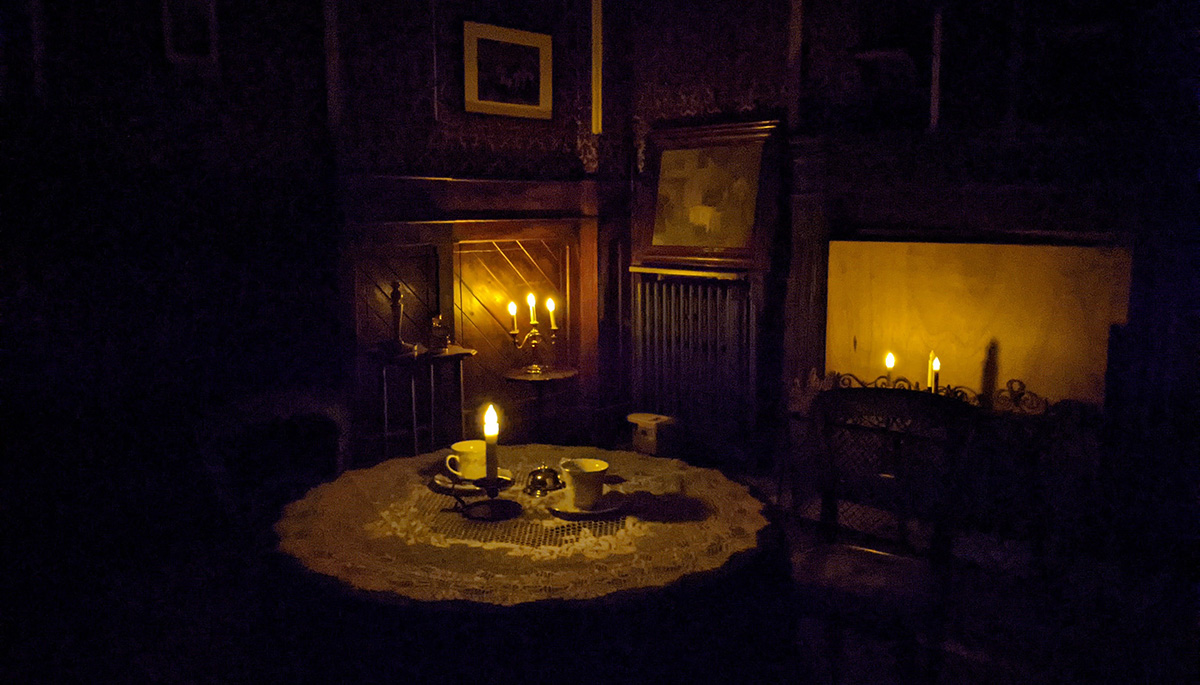 On Saturday night I attended a ghost hunting event at the Botanic Gardens Museum, a location exclusive to Most Haunted Experience (MHE) and newly added to the paranormal map of the UK having recently been discovered by the team.
The event gave fans of the long-running ghost hunting show the chance to search for spooks in the historic museum with two of the stars of the long-running paranormal show, Karl Beattie and Stuart Torevell.
The atmospheric building was opened in 1876 and operated as a museum showcasing local history, following its closure in the 1930s there were several attempts to revive the museum, but it finally closed its doors for good in 2011.
While the old exhibits might have been moved elsewhere, the 'Most Haunted' team believe that something supernatural remains in the building. 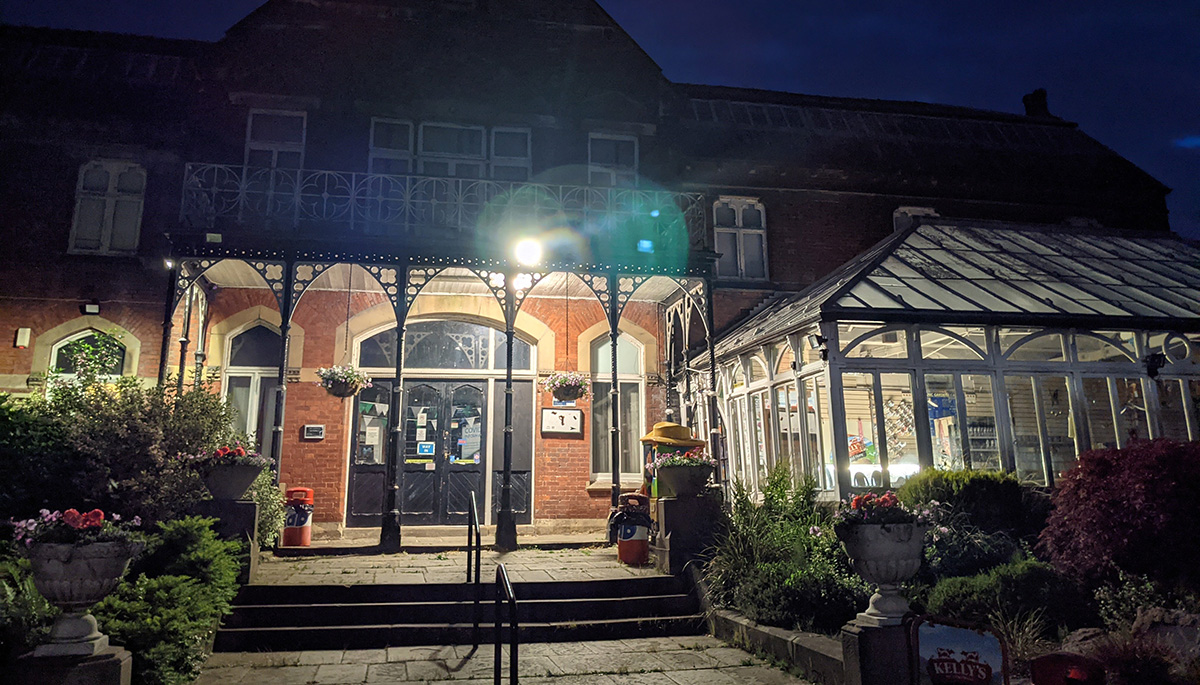 As well as serving as a venue for their ghost hunts, the Victorian building has become the home of Most Haunted's very own oddities museum, including exhibits detailing the history of paranormal research containing ghost hunting paraphernalia, through to one-of-a-kind and macabre artefacts relating to crime and punishment, and memorabilia and collectables relating to the history of the show itself.
The paranormal activity in the building is pretty much untapped as MHE are the first to investigate it, but reports range from sightings of figures staring out of the window at night seen by people walking through the park, items on display in the museum are said to move of their own accord, and the sound of children playing have been heard in the empty exhibition spaces.
As the building is now solely used by the MHE team, I was welcomed along with the other guests into a dedicated base room. Here we were greeted by Karl and Stuart who told us a little about what we could expect from our night ghost hunting at the Botanic Gardens museum.
We were then split into two teams, and with the light fading outside, we began our investigation. 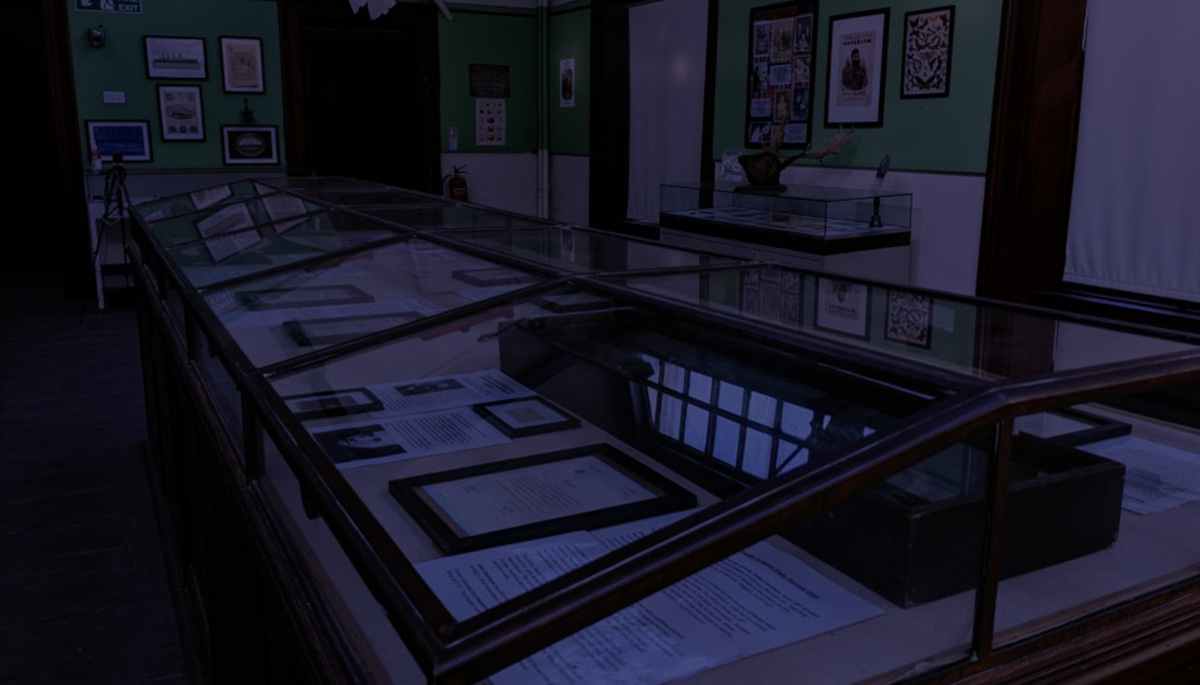 Our group of nine, guided by MHE team members Amanda and Zoe, started on the top floor of the building in an exhibition which is slowly becoming the 'Most Haunted Room'. The original old display cabinets are still being packed out with collectables relating to the history of the show, including Yvette's famous long coats from the early years of the programme.
It was here that one of the guests, a guy named Damian, really got the night off to an interesting start. Damian is a fan of Fred Batt, the resident demonologist on 'Most Haunted'. Although Fred wasn't on this particular event, Damian jumped straight in and tried to stir up some activity by reciting Fred's famous demonic incantations.
As always on these sort of events, the team handed out a selection of ghost hunting tools for guest to try. One guest was given a pair of dowsing rods and felt the rods moved in some unexpected ways as Damian called out for activity.
Other than this, the first exhibition space failed to deliver any activity, so after 20 minutes we moved through into the adjacent room, which houses a collection of artefacts relating to crime, punishment and execution. Some of these items have a lot of history, which could mean spirits are drawn to or even attached to them, such as original signed death warrants, genuine executioners' axes - each of which has its own head count, and even a length of rope which was once used to take lives on the gallows.
We started to hear strange knocking sounds in this area, they didn't seem particularly responsive to our attempts to call out and encourage the spirits to interact, but the sounds were odd. Most of them sounded like they were coming from within or behind the wall, but the wall was an external wall at the back of the building, making the cause hard to workout and the source of the sound impossible to pinpoint, especially since we weren't on the ground floor.
After a while it seemed that someone might have been trying to give us a sign through the dowsing rods, which kept pointing towards a particular display cabinet, which housed old medical equipment.
A few minutes later we were joined in this room by Karl and Stuart, who continued to call out to the spirits of the museum with us. The occasional knocking sound continued for the next 45 minutes or so, but despite our best efforts to try to encourage intelligent communication or work out where they were coming from, we didn't get any answers on this occasion and the events remains a mystery. 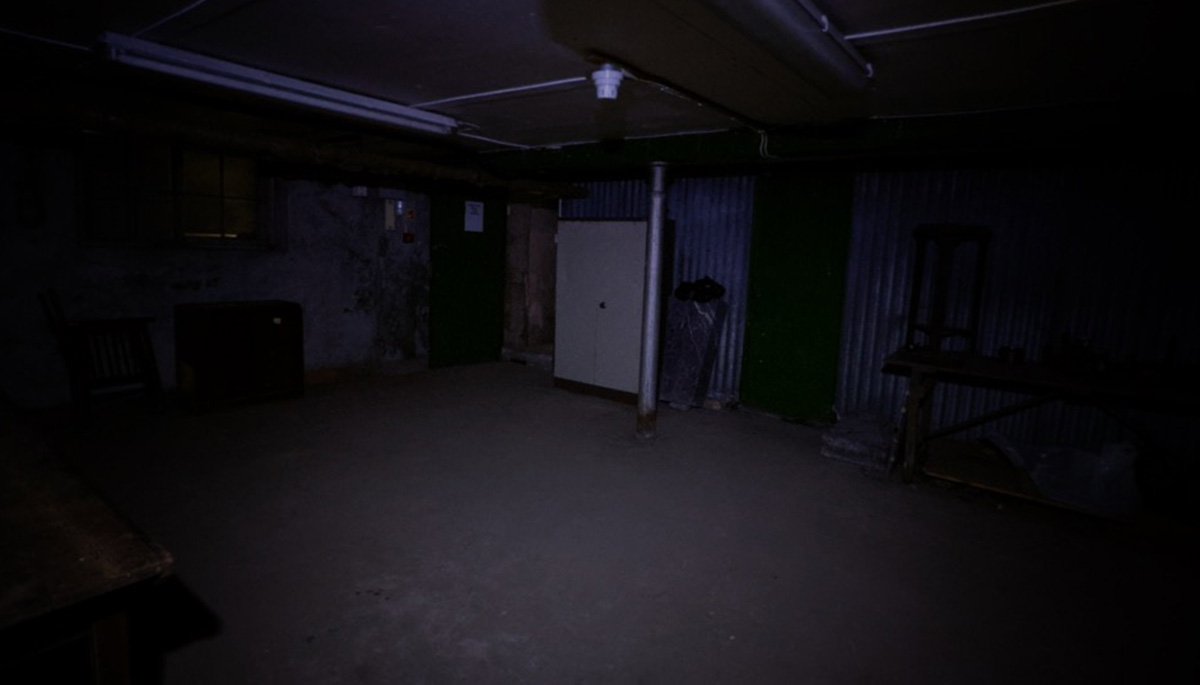 After a quick break and the chance to re-energise with a complimentary drink and a snack, in my case a bottle of water and a mint Viscount biscuit, we headed back out into the darkness to continue our investigation. Our next vigil of the night was held in the eerie cellar beneath the building.
Apparently the cellar was used as an overflow morgue in wartime. Although the details are sketchy, it might have been connected to the church's graveyard which lies directly behind the museum.
Although we were told that the chances of being set up on by spiders was high here, the basement area actually felt quite sterile and lifeless. The timeless concrete walls were dry, the stone floor was dusty, there wasn't so much as a smell of damp, although the low ceiling did create an oppressive atmosphere.
We spent half an hour in the cellar, and for most of our time there it was pretty quiet. However, on two or three occasions a couple of the guests reported seeing a light sweeping across one of the walls of the darkened cellar, and one lady in our group even reported being touched several times in the darkness despite no one being anywhere near her. 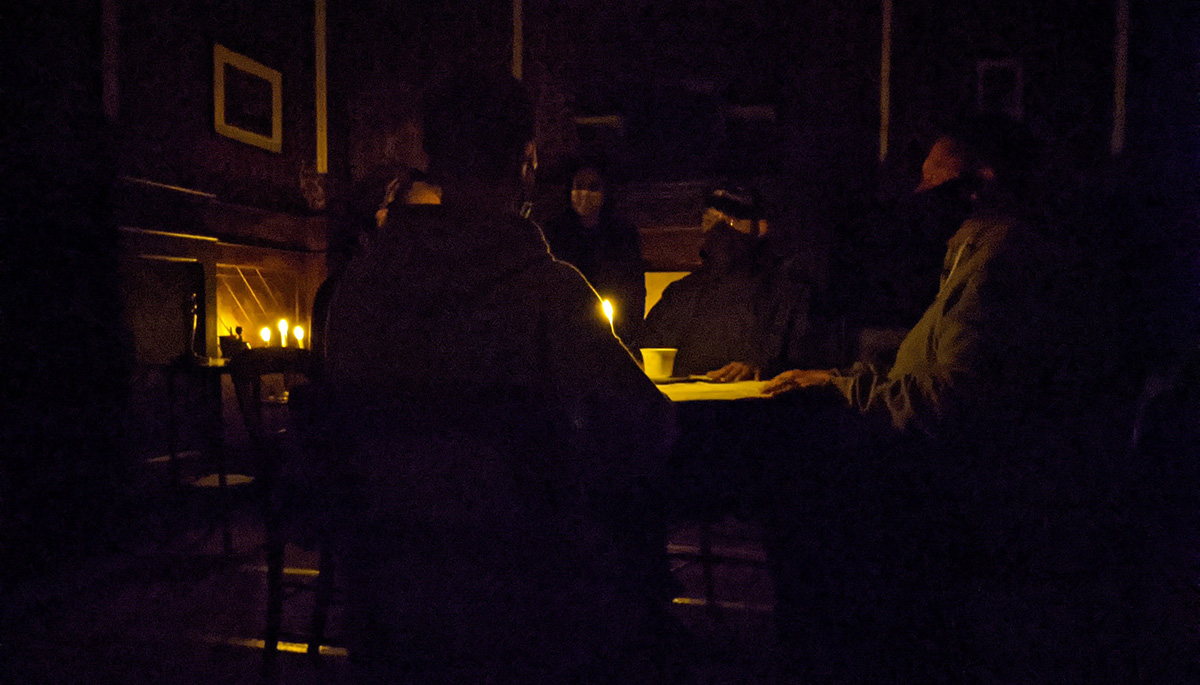 Our final vigil of the night was held in the museum's most impressive room. To get there we walked through the toy room, where we could just make out in our torch light exhibits including creepy dolls, a traditional wooden rocking horse, and an impressive old dolls house.
From here we found ourselves in the candlelit séance room. The authentic-feeling room is complete with period carpets, authentic furniture and old-fashioned wall coverings. In the middle of the room was a séance table, just like the type you'd imagine a medium from the Victorian era to be using.
During our time here, guests took it in turns sitting around the table and calling out. Although the room was quiet, we did start to notice the candles behaving strangely. The candles used were electronic, a flame-shaped light flickered to simulate a real candle. We found that by asking questions and encouraging any spirits listening to answer by affecting the candle, we were seemingly able to make the flame of the candle in the middle of the table dim and on a couple of occasions completely go out. When we asked for the candle to be turned back on, seconds later the electric flame lit up once again.
After a while our final vigil was up, but there was still half an hour before the end of the event, guests could use this free time however they wanted, we could revisit a particular part of the building, or conduct any final experiments we wanted to.

This event was one of the most enjoyable I've been on in a few years, perhaps because it's been so long since I'd been ghost hunting last due to the pandemic. Although a lot of precautions were still in place and we had to wear masks throughout the whole event, this was the first time in a long time that a ghost hunting event has felt relatively normal. It was also nice to see a few familiar faces at the event after so long.
The night was fairly active in places, mostly thanks to unexplained knocks and bangs in the first half of the night. We also had a strange incident occur in the office while on the upper floor. After the welcome briefing guests were given a little bit of time to look around the museum, during this time guests noted that there was a tablecloth on the table in the office. When we went in the office a little while later, we found the tablecloth was no longer on the table. It's possible that the cloth could have been pulled off the table by another guest walking around the building, but we will never know for sure.
The séance room also proved to be an interesting location and kept us alert until the final minutes of the night as the time approached 1am. The candles did seem to be acting strangely and on command at times. Was this really because of ghostly interference? Could our collective efforts focussing on the candle and willing it to dim have caused it to turn off due to some subconscious telekinetic ability? Or, could it have just been a fortunately time quirk of the electric candle? Again, we will never know for sure.
If you'd like to book your own ghost hunt with Most Haunted Experience at the Botanic Gardens Museum, you can find more information at mosthauntedexperience.com.
Add A Comment
Tags:
ghost huntsparanormaltopicalmost haunted experiencebotanic garden museum