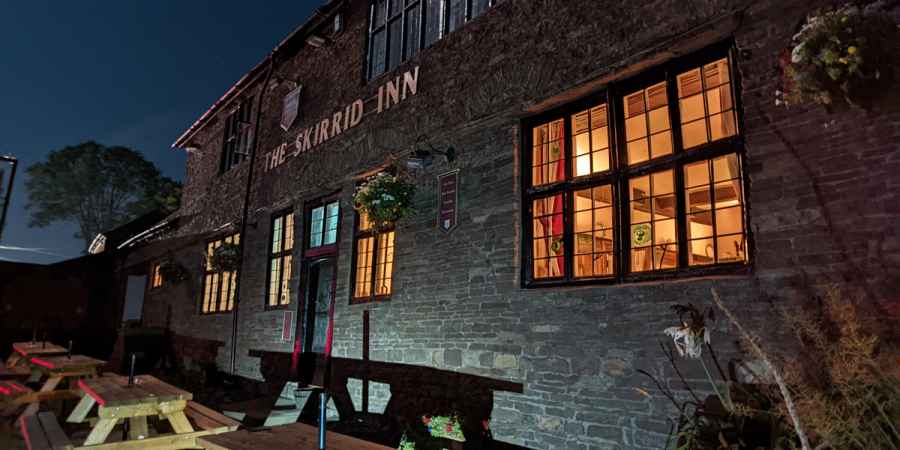 As someone who attends a lot of ghost hunts, I'm pretty used to being sat in freezing cold, abandoned buildings for hours on end. But my night at Wales' oldest pub was a little different as we found ourselves ghost hunting in the middle of a heatwave.
I joined paranormal events company, Haunted Happenings (HH), for their night at The Skirrid Mountain Inn. The team give members of the public the chance to try their hand at ghost hunting using various gadgets and pieces of equipment, all of which are explained to you by HH's team members.
Because the Skirrid is a working pub, the evening started a little later than usual. I arrived at the pub in the small village near Abergavenny along with the other guests at around 10pm. As the building itself is fairly small, there weren't a huge number of guests on this event, around 20 in total.
We were welcomed to the historic coaching inn by HH team members, Lisa and Michael, in the inn's wood-panelled restaurant. After an introduction to the location, I think we were all quite pleased to hear that to start the night off we'd be heading outside, where thankfully it was a little cooler.
We traipsed over by torch light to the neighbouring St Michael's Church. It's in the churchyard that Fanny Price, a former landlady of the inn is buried. It's claimed that she worked in the inn during the 18th Century and died of tuberculosis at the age of 35. She is said to haunt the inn, particularly guest bedroom three.
The church is also said to be haunted. Guests on HH events have seen dark shadowy figures walking between the graves and knocks and bangs have been heard coming from the empty church. We all gathered in the church's porch and Lisa asked, "who's stood near the door?" Well, it was me. So it was my job to knock on the old wooden door of the church and encourage the spirits to knock back. I gave it a couple of attempts, but no knocks echoed back at us. 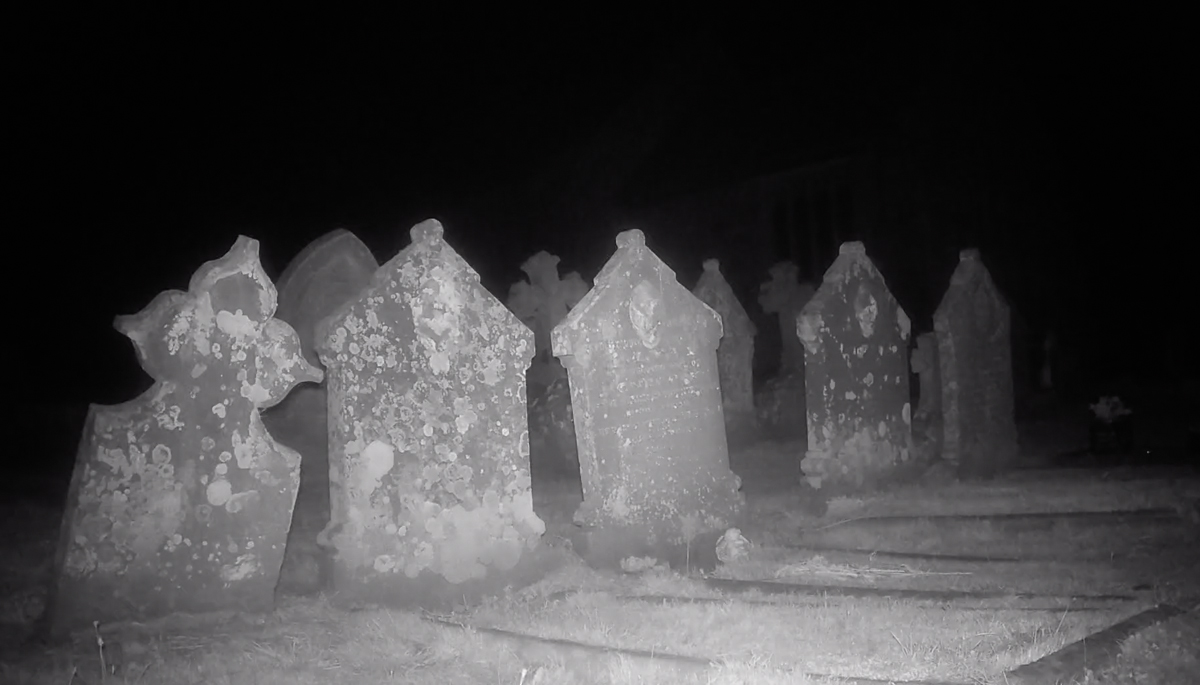 We then went to find Fanny's grave, which was very difficult in the darkness when just using a torch for light. The HH team are always quite happy to accommodate any experiments that guests want to conduct during their night with them. So, I discreetly placed a motion-activated trail camera near the grave to capture any potential paranormal activity that might occur while we were back inside the inn. Unfortunately, nothing out of the ordinary was captured.
By the time we got back inside the pub, the bar had closed, the locals had left and we had the whole building to ourselves. But although it was past 11pm, it was still 26°C in the pub, it was going to be a warm night. 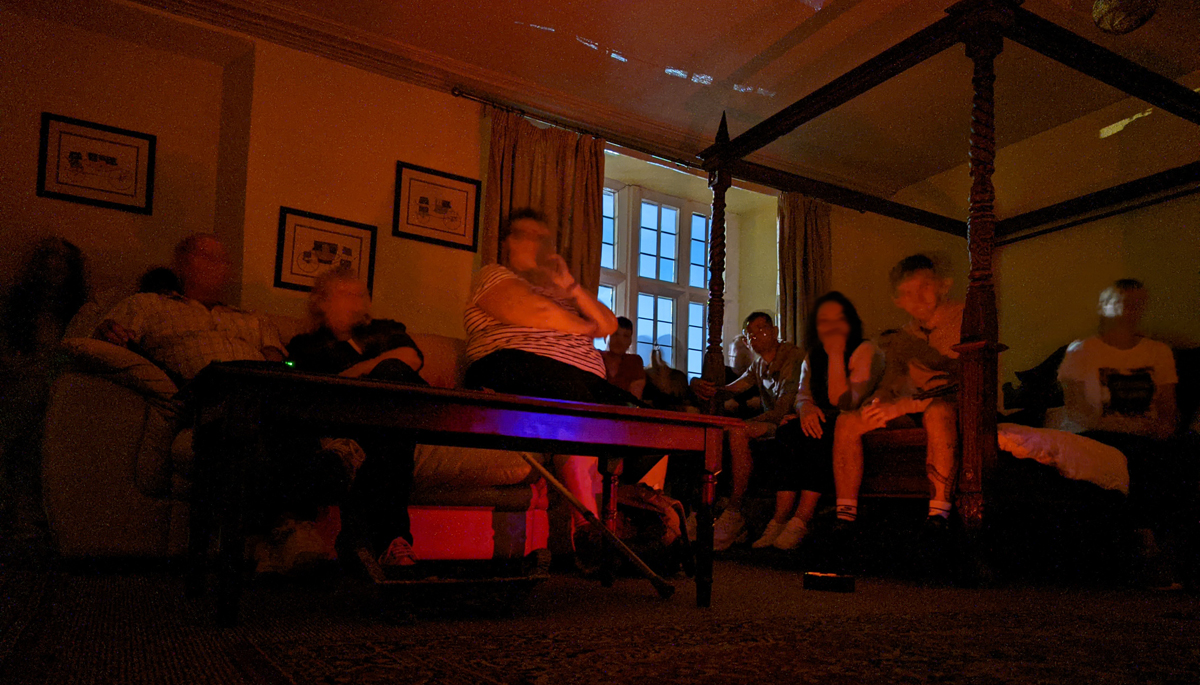 We started our investigation upstairs in room one. The guest room was much bigger than I'd imagined. The first floor of the pub is said to have been once used as the courtroom of the infamous Judge Jeffreys, however any documentation supporting these claims either never existed or have been lost over time. Some claim his ghost still roams the upper floors.
The courtroom was used for many years and as many as 180 prisoners were sentence to judicial hangings in the 17th Century. The punishment was carried out at the inn itself. Today a noose eerily hangs above the building's dark oak staircase marking the spot when many lost their lives at the end of a hangman's rope.
Michael, who is a bit of a gadget fan, had countless bits of kit set up across room one, which included a large living area with a comfy sofa. During the vigil, we had a couple of the devices trigger, but the night started off quietly, so we moved into room two, which was equally as big. As soon as we settled down in this room, we heard a motion-activated music box we'd left behind in room one repeatedly trigger.
Towards the end of this vigil, an unexplained sound was heard coming from the room's en suite bathroom, which is fitted out with an unusual brown bathroom suite - this isn't relevant, but if this is going to be a factual record of everything I noticed, then the brown bath, sink and toilet deserves a line or two. 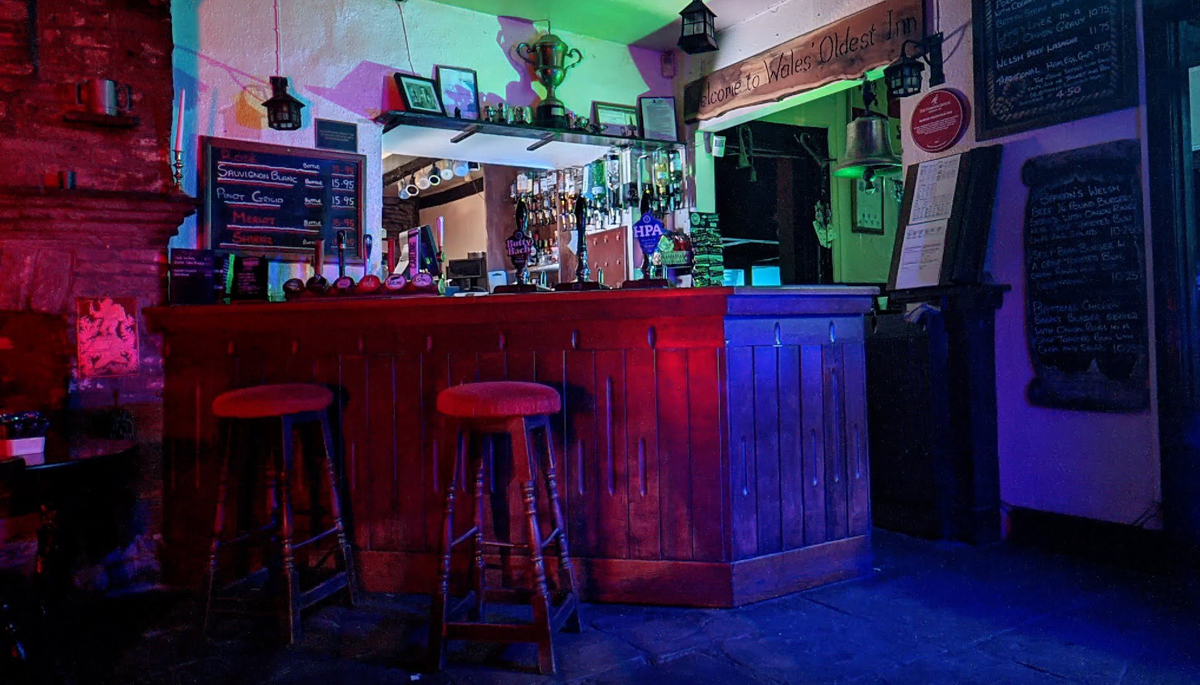 After a quick break, at which time I recovered my trail cam from the churchyard, we got back to it. At this point in the night, the group was split up in to two smaller teams. I started out down in the bar area with Lisa, who gave guests the chance to attempt to contact the dead using a Ouija board.
The bar has been the site of plenty of ghost and poltergeist activity. When a former landlady decided to sell the inn, glasses started mysteriously flying off the bar. The ghost of a local clergyman, Father Henry Vaughn, is also said to haunt the bar.
Lisa also got guests involved in some pretty lively table tipping. The idea is similar to that of a Ouija board, all participants place a finger on the table and encourage the spirits to interact with it using their energy. At several points the tables went up on two legs and even fell over.
During the session they heard some very interesting knocking sounds in the back room of the bar, which seemed to tap out meaningful responses to the guests' questions. At one point they asked for the spirit to knock twice on the table and it did, moments later the table seemed to start moving on its own. 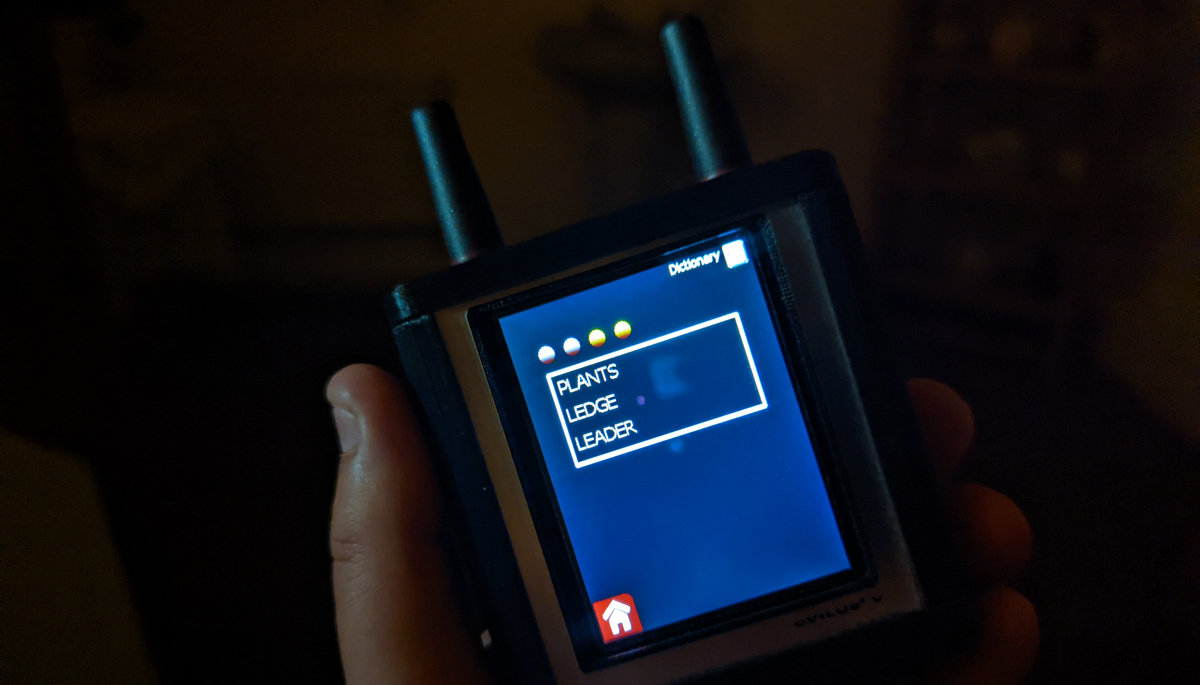 For the last part of the night our team headed back upstairs, where I volunteered to sit in the bathroom of room one on my own, while the rest of the team held vigil in the room itself, guided by Michael. I'd been armed with an Ovilus V, which is said to allows spirits to communicate by selecting words from an on-board bank of words.
I must say, it was a first for me to be ghost hunting on the loo - where else do you sit in a bathroom? But sadly, the room, which was once used as a holding cell for prisoners on trial, fell silent. Even the Ovilus V refused to spit out any words while I was alone there.
Later upstairs guests tried their hand at glass divination, which involves placing an upturned glass on a table, each placing a finger on it and encouraging the spirits to move it. One group found they got little activity with this method in room 2, but after moving to room 1 they got some answers to their questions and believed they made contact with a farmer who died of Spanish flu and was buried there.
The Skirrid Mountain Inn is an iconic haunted location, famous as one of the very first properties that Yvette Fielding took the 'Most Haunted' team to. It's been a popular hotspot for ghost hunters ever since, so it was a real thrill to get the chance to spend a night there. We were in the haunted pub right through until 3am and had complete free rein of the entire building.
Thanks to Lisa and Michael for making it a fun and flexible night, giving everyone the chance to hunt for spooks in their own preferred methods. Also thanks to all the other guests for getting involved and making it a fun and memorable night.
If you want to hunt for spooks at The Skirrid Inn for yourself, you can book your own ghost hunting experience at the location with Haunted Happenings, who currently have various dates available until the end of 2022 and beyond. You can find out more at hauntedhappenings.co.uk. 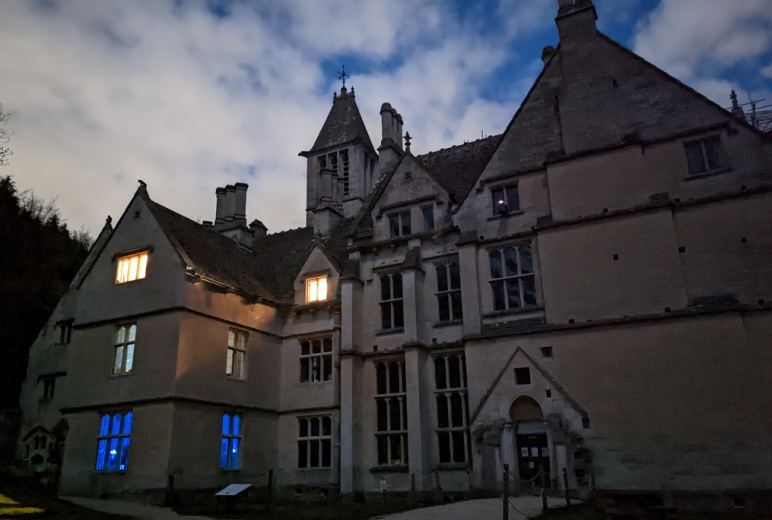 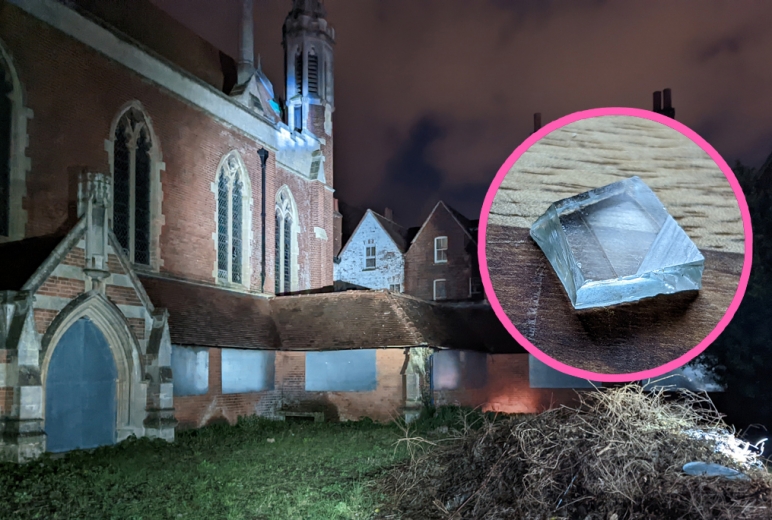 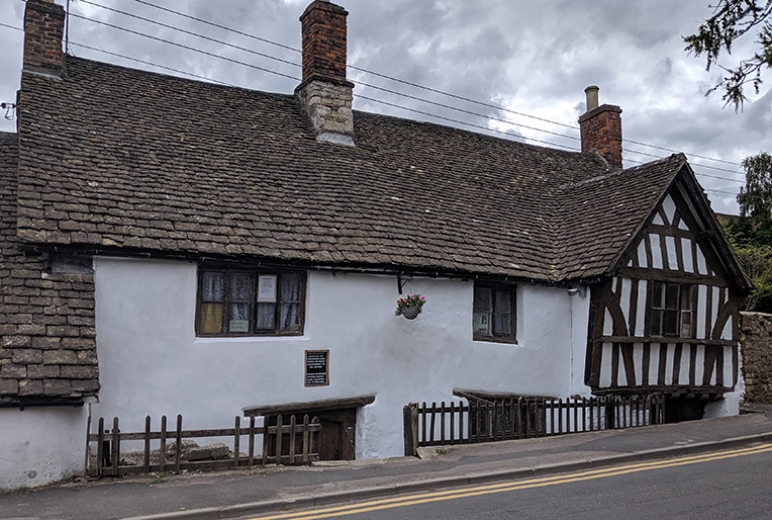 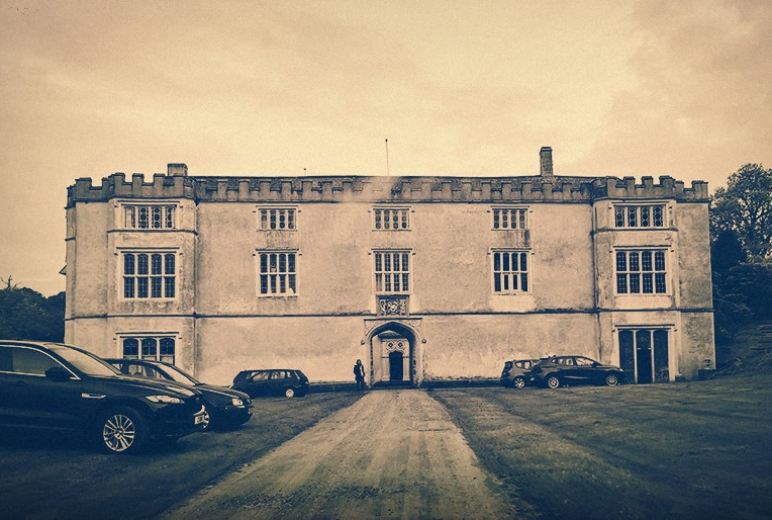 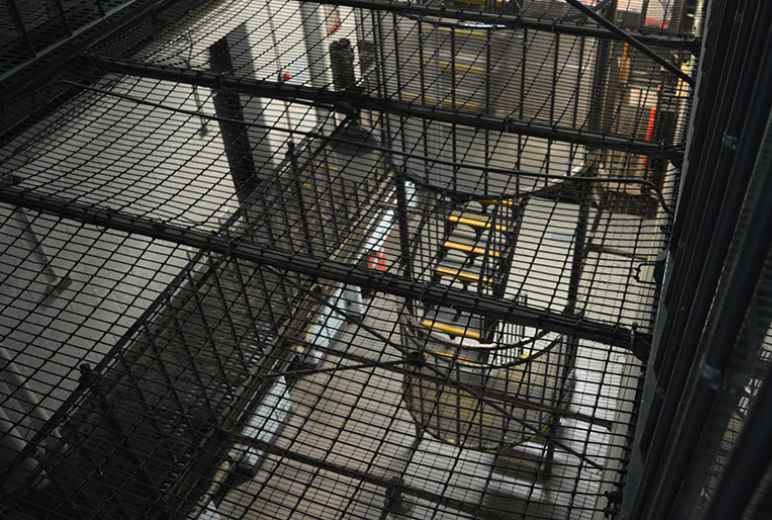