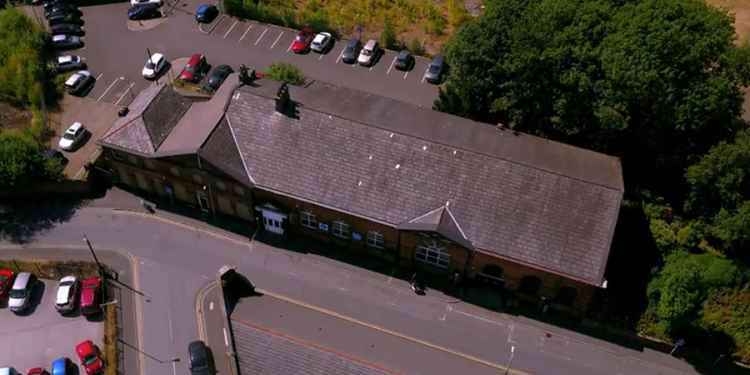 The barracks saw active service during both world wars and soldiers were stationed there for months before being deployed to the frontline, many never returning home to their loved ones. After WWI it was used as an isolation unit for tuberculosis patients, housing men, women and children as they struggled with the terminal disease. During the German bombing raids over industrial cities in Northern England during WWII, the cellar of the barracks was used as a mortuary for fallen citizens and soldiers, holding hundreds of bodies for weeks as they awaited burial.

The barracks is said to be home to plenty of paranormal activity, most notably the ghost of a former caretaker's dog, called Bruce. The building's largest room is the drill hall, where visitors report phantom footsteps, marching and disembodied voices. Tables and chairs move on their own and shouts echo through the empty building. In the basement, many people have reported feeling a strong negative presence in the dark back rooms and the apparition of a woman known as Claire has been seen.

More From The Mill Street Barracks