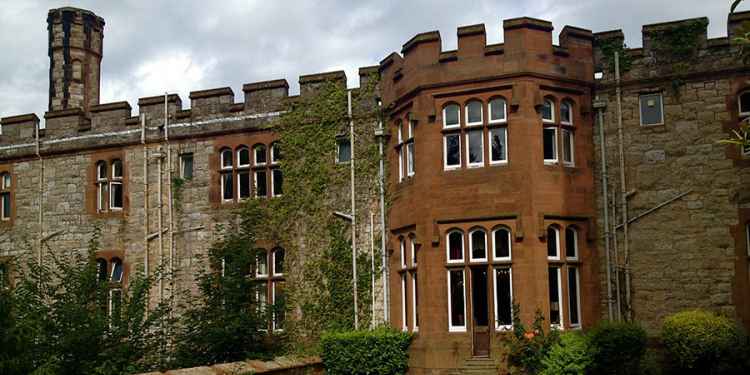 The castle has many ghost stories, the most famous being that of the Grey Lady. It is said that she was the wife of the second in command of the castle. She discovered that her powerful husband was having an affair with a local woman and in a jealous rage, she murdered the woman with an axe. She was tried, found guilty and executed, but as she was buried inside the castle ground, her ghost is said to walk the building.

In the abandoned rooms on the upper floor, people have witnessed the sound of children running around and playing, but when they check inside the room, there's nobody there.

When the castle was a hospital, the basement was used as the mortuary. In this area since, people have witnessed hearing the sound of crying and moaning as if people were in desperate pain and need.

In the banqueting room, the ghost of the Grey Lady has been seen on several occasions, dark shadows have been seen dancing across the walls and the banqueting table has even been said to lift off of the floor.

The Lillie Suite, one of the guest bedrooms, is named after Lillie Langtry, a famous British actress and one of Edward, Prince of Wales' lovers. She used to frequently visit the castle and this was her favourite room. She is now said to haunt the room.