What's it like to spend two nights in a haunted castle? I joined the Most Haunted Experience team and their guests in North Wales to find out. 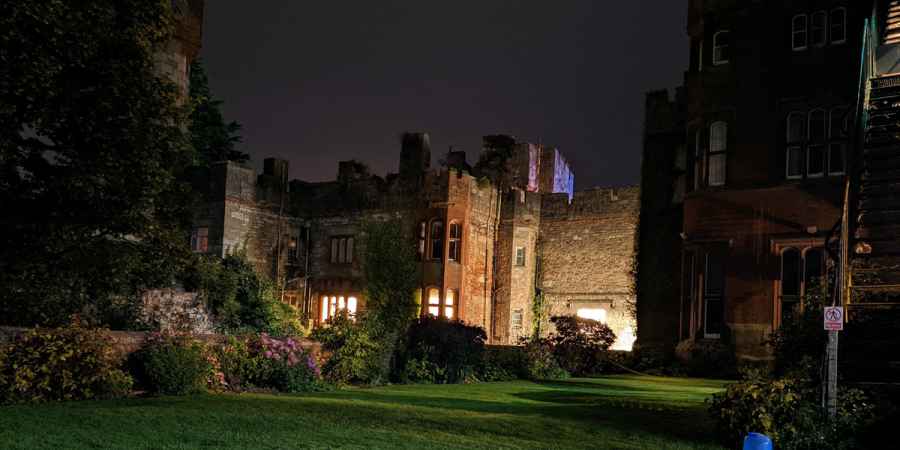 It's not unusual for me to find myself in a creepy haunted location at a weekend, but what made the last weekend more unusual was that the location I was investigating was a posh hotel and I wasn't just there for a few hours in the evening, I stayed there for two days.
It was a first for me to investigate the same location two nights in a row. The weekend-long event was hosted by Most Haunted Experience (MHE), the spin-off paranormal events company of the long-running ghost hunting TV show. The team, their guests and some of the stars of the show took over Ruthin Castle hotel for two nights of ghostly fun. 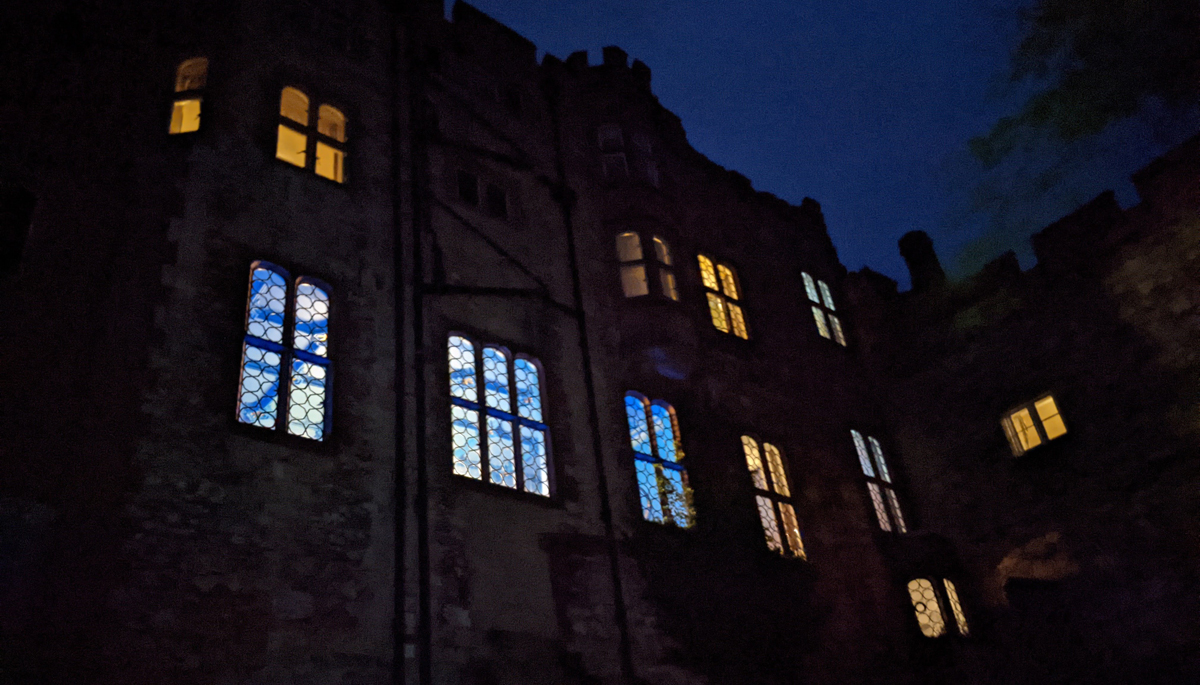 The castle has many ghost stories, the most famous being that of the Grey Lady. It is said that she was the wife of the second in command of the castle when she discovered that her powerful husband was having an affair with a local woman. In a jealous rage, she murdered the woman. She was tried, found guilty and executed, but as she was buried inside the castle grounds, her ghost is said to walk the building.
In the abandoned rooms on the upper floor, people have witnessed the sound of children running around and playing, but when they check inside the room, there's nobody there. In the banqueting room, the ghost of the Grey Lady has been seen on several occasions, dark shadows have been seen dancing across the walls and the banqueting table has even been said to lift off of the floor.

Attending the event was Most Haunted's Karl Beattie and Stuart Torevell. The show's mischievous pair dipped in and out of the vigils which were lead by MHE's passionate team.
The best thing about attending these sort of public events is the variety of people you meet. It's interesting to learn about their beliefs, experiences and investigation methods.
The guests on this event were a really good bunch and what was surprising was the number of first-timers. You often encounter people on their first ghost hunts at events. I didn't really expect that at a sleepover event at a hotel as the ghost hunt plus the accommodation does mean a higher price tag, which could be an obstacle for some. But despite the cost and commitment, there were a lot of guests who were giving ghost hunting a try by committing to a whole weekend away.
After checking into this infamous haunted building, we were greeted by the MHE team in the lobby and taken through to the dining room where all the guests enjoyed a three course meal. Once we were all full, the ghost hunt began. It started in the usual way with a welcome from Karl and Stuart, before being split into two teams and heading out to investigate the hotel and its remaining castle features. 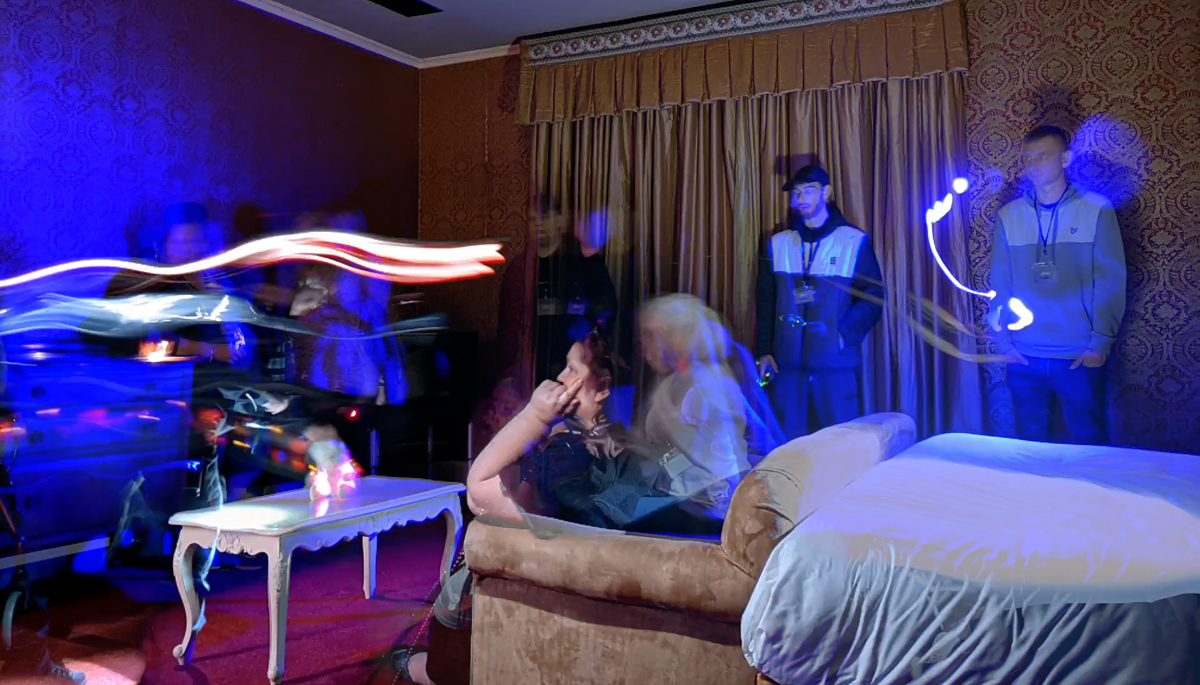 During the vigils we got special access to various parts of the castle that are off-limit to regular hotel guests. We started out in a small function room, where a large round table served as a perfect séance table.
From there we went into various other parts of the hotel including the medieval banqueting hall and several of the guest bedrooms, each of which have their own unique character. One of the rooms we investigated was the infamous Room 222, which has an abandoned and semi-derelict apartment - a creepy place that's now home to a couple of bats. 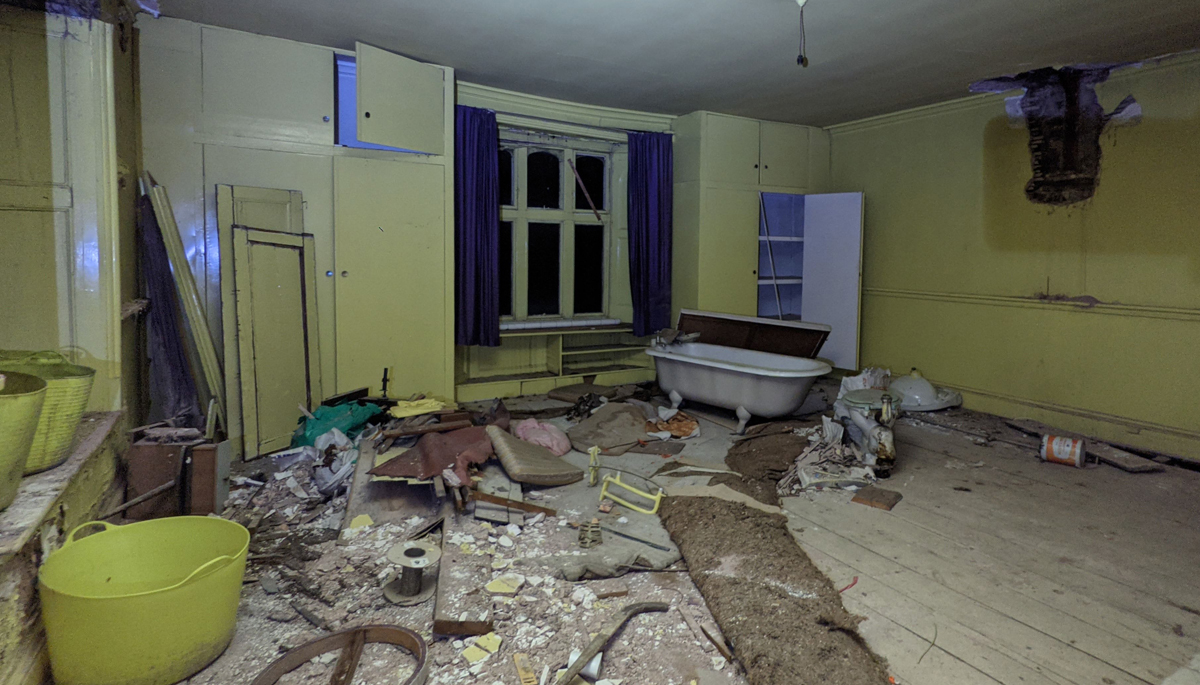 We spent a good five hours ghost hunting, which included an hour of free time at the end of each night where we could go back and re-investigate any part of the hotel you wanted.
After the ghost hunt at 1am, we were invited back to one of the hotel's bars for a late night drink before bed. Drinks were complimentary and it was a great chance to get to know the other guests and the MHE team. One group of guests stayed up chatting to Stuart until almost 4am. 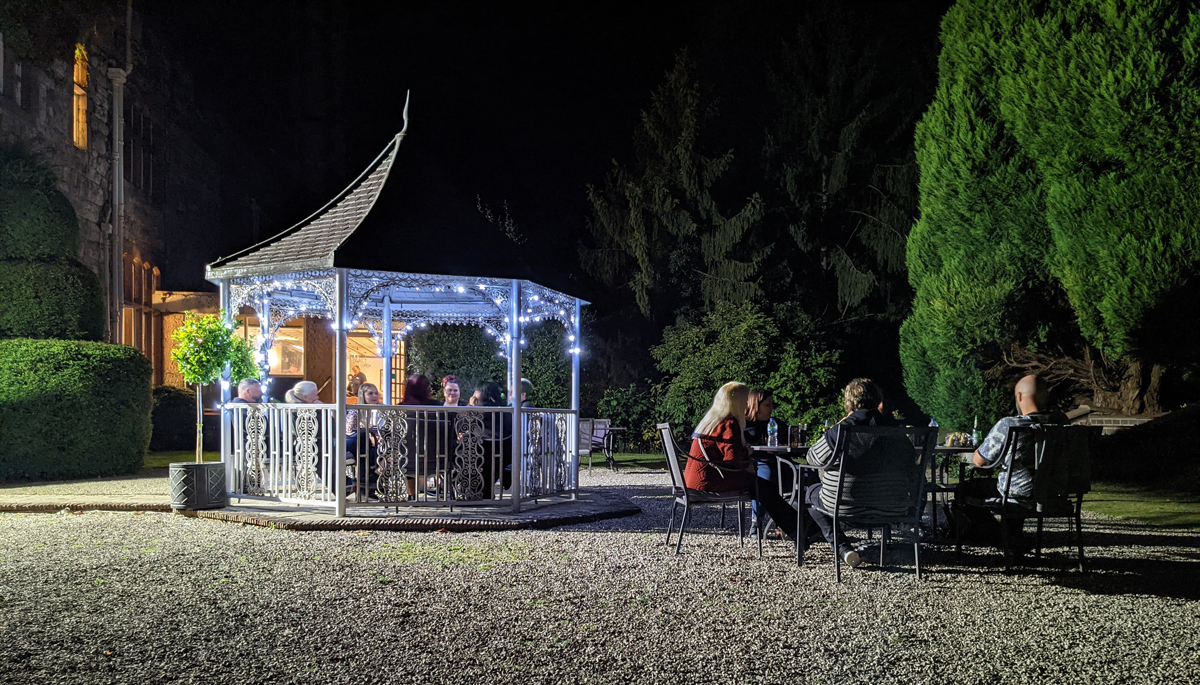 A weekend with MHE was a unique and fun experience. There is the option to stay for just one night, but the best thing about staying for two, which about 50% of the guests did, is that you see the same familiar faces at dinner, during the ghost hunts, at the after drinks and at breakfast. Since everyone on these events has a similar interest in the paranormal you end up making friends with some lovely, like-minded people.
MHE host several sleepovers a year, but only the events at Ruthin Castle give you the full hotel experience. If you get a chance, I'd highly recommend booking on to an event at Ruthin.
I'd like to say a big thanks to Jenny and all of her team for guiding us throughout the two nights and all of the guests, who made the event fun by being great sports and getting involved.
If you'd like to book your own ghost hunt with Most Haunted Experience, you can find more information at mosthauntedexperience.com.
Tags:
ghost huntsparanormaltopicalwalesmost haunted experienceruthin castle