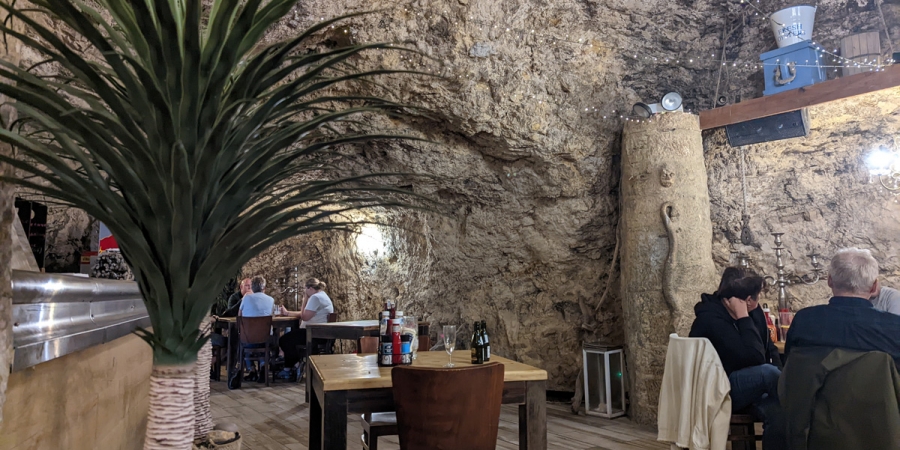 A brick shaft houses a lift from the cliff-top carpark which leads down into the two-storey building below that is partly built into the cliff face. Today it is the UK's only coastal cave bar and restaurant, which also has boutique accommodation available. From the bar you can access a heated terrace at beach level and step down on to the enclosed cove looking out to Marsden Rock.
The grotto started its life as a small cave until 1782 when a local miner known as Jack the Blaster increased its size using explosives to turn it into a home for him and his wife. The unusual home started pulling in visitors and the couple cashed in by selling refreshments, even when smugglers came knocking looking for somewhere to hide their illicit cargo along the coastline. The grotto was later taken over by a Scottish pub landlord who extended the caves further, creating a 15-room inn that included a ballroom.
After various disputes over its ownership, the grotto fell into a state of disrepair. The buildings we see today were constructed in 1938 when the lift was added to compliment the zigzag steps down the cliff face to the north of the grotto.
However, this iteration of the grotto closed its doors to drinkers in 1999, only to reopen as a high-class seafood restaurant a few years later. Since then the grotto has changed hands several times. The current owners purchased the grotto in 2017. 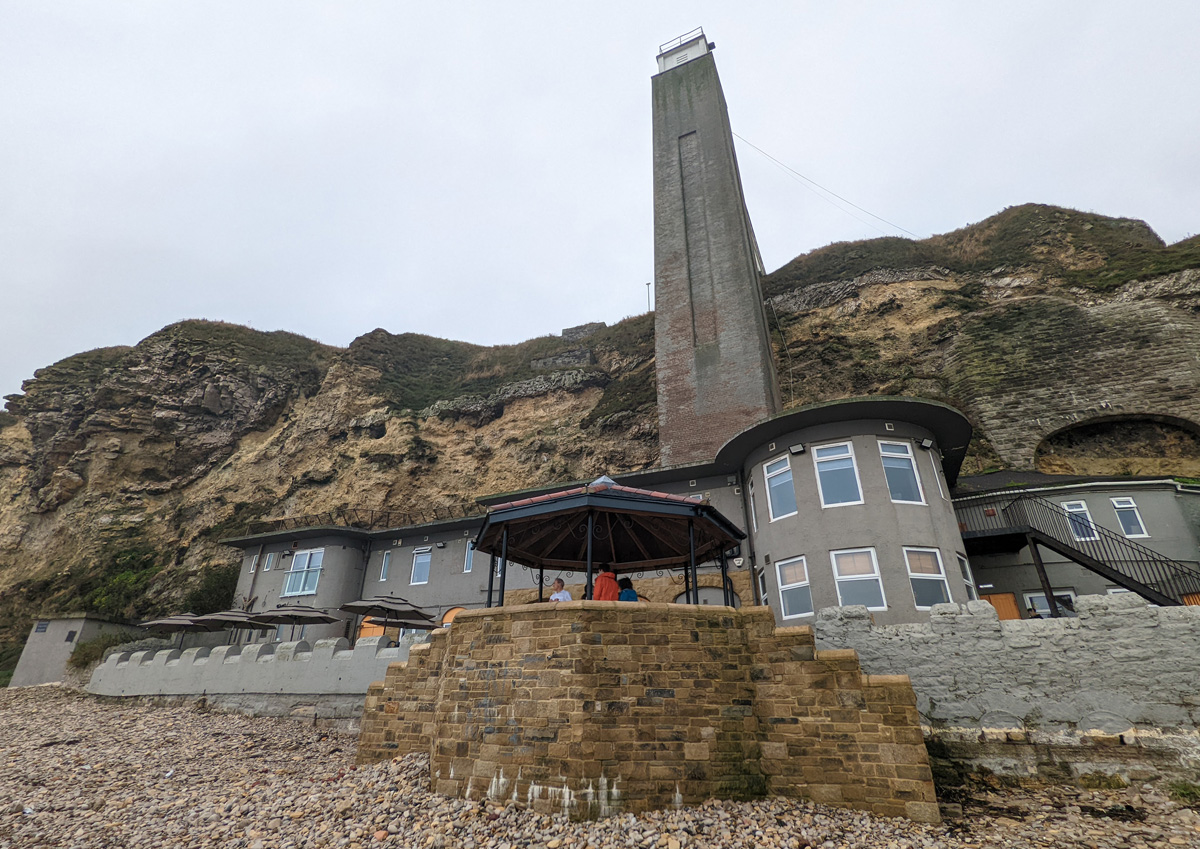 The grotto's paranormal activity is said to be caused by seven different ghosts including the spirits of two smugglers, a black and white cat, and Jack the Blaster himself. Jack is said to have been murdered in the grotto by smugglers that he betrayed by reporting them to the authorities. It's claimed he was hung in a barrel in a cave and left to starve.
The ghostly goings-on in the grotto includes sightings of shadow figures, unexplained sounds such as knocking on various doors and a chain which once hung at the side of the bar rattling. A former landlord would leave a tankard of ale on the bar each night after closing and would find it empty the next morning.
Witnesses also claim to have heard disembodied whispers in otherwise empty rooms. Sudden and unexplained battery drains have been reported, and light anomalies and even ghostly figures have been caught on camera.
There are reports of poltergeist activity, most notably in the form of ashtrays being thrown against walls with enough force to smash them. The toilets are also said to be a hotspot for poltergeist activity. Could this explain why someone or something had seemingly done a poo in a urinal when we visited?