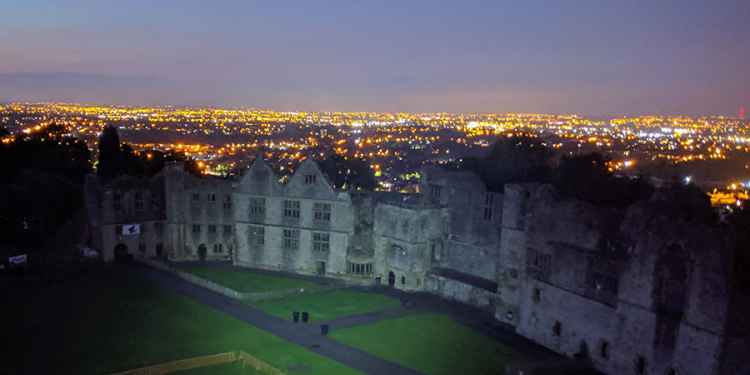 The ruins of the castle stand in the town of Dudley, fortification on this site dates back to 1071 following the Norman invasion in 1066. The castle is said to be home to many spirits including the Grey Lady who is believed to be the ghost of Dorothy Beaumont, who once lived in the castle and died there following complications after giving birth to her daughter. Her ghost is most often reported at the castle's keep in the form of unexplained sounds, and icy blasts of air which are often accompanied by a strange blue mist.

However, the most haunted part of the castle is the chapel undercroft, where you'll find a stone coffin which is said to have once help the body of one of the castle's most infamous residents, John Somery. His ghost has been spotted as disembodied legs beside the coffin. Others have reported feeling him tug at their clothing as they walk through this part of the castle.
Like Dover Castle, Dudley also has the ghost of a drummer boy who was said to have been killed by a stray bullet during the Civil War. He's mostly heard at night beating out drum rolls as if in battle. People have also reported seeing dark shadowy figures, hearing strange sounds throughout the castle, and even witnessed a chair flipping over during a paranormal investigation.

February 23, 2018Most Haunted At Dudley Castle