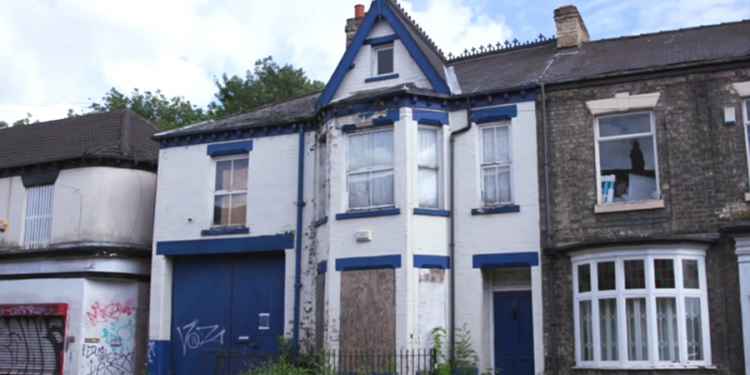 The dilapidated house at 39 De Grey Street is a former family home, which now lies empty. A home that's fallen victim to poltergeist activity, occupied by tormented child spirits. The property's owner Andy Yates, who moved out of the house ten years ago, said, "before I moved into this house, I was the biggest skeptic you could find," but he says that the things he's seen at the now derelict house are "completely impossible to debunk."

Paranormal activity is said to include objects like knives moving around of their own accord and a full apparition of a girl. The ghosts of three children have been seen, but the house is said to have between 15 and 20 child spirits. There's even been reports of violent attacks in the form of scratching and even a scarf around someone's neck being tightened.