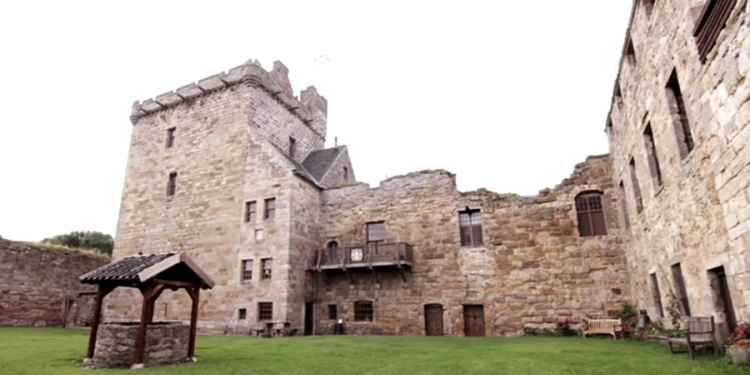 An hour from Edinburugh, in Glenrothes, Fife, is the 700 year old former stronghold. It's survived attacks, experienced brutal murders and is now a family home, but an intimidating spirit is said to endanger its inhabitants.

The castle's owners Stuart and Kelly Morris have experienced ghostly activity including disembodied voices, the apparition of a young boy in the courtyard, people feel like they're being watched, dark shadow figures are seen and eerily, a head has also been spotted floating throughout the castle.

Kelly had one experience that felt like someone was touching and breathing on her. She felt this was an evil presence, it got so bad that Kelly has even considered moving out. It's thought that the evil presence is the malevolent spirit of a priest.

There's also the ghost of grey lady known as Green Jeanie, the owners have seen her walk past one window and look out of another. Her apparition has been reported as long back as 1842 and she's been seen throughout the castle, in the courtyard and in the land surrounding the castle. She's believed to be the daughter of the second family who owned the castle, the Lundys.