The whole team come together at Ruthin Castle for the first of a four-part festive special, 'The Ghosts Of Most Haunted Christmas Present'. 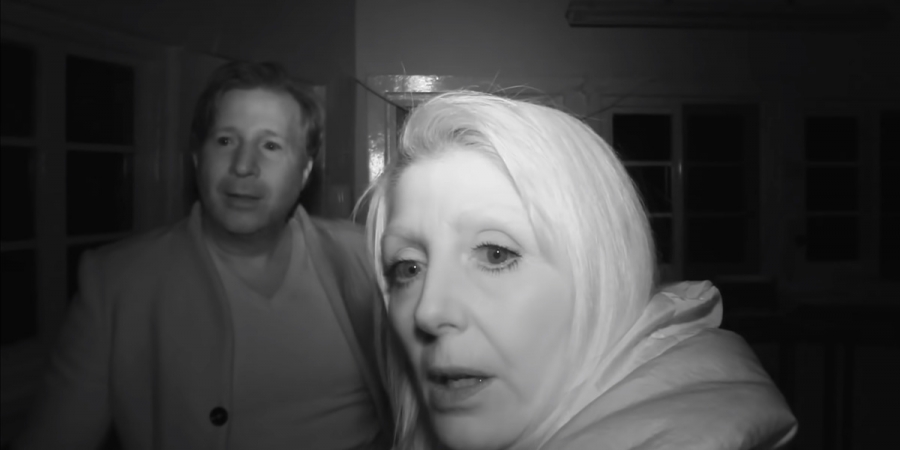 In the first part of an epic four-episode festive special entitled 'The Ghosts Of Most Haunted Christmas Present', Yvette Fielding brings her fearless team back to a location they're very familiar with. The reason they've returned is because they hotel is closed to guests giving them the chance to investigate the very haunted and very empty Ruthin Castle.
Yvette said, "we've been given unprecedented access into the whole of this amazing building and of course that means coming upstairs into these derelict areas."
The first documented fortification on the site was created for King Edward I of England in 1277. It was a strategic stronghold in the eventual defeat of the Welsh by the English in 1282. Soon after the De Grey family took over the castle and remained until 1508. The castle saw many conflicts and survived many monarchs during the Civil War. The fortification was attacked by both the Parliamentarians and then the Royalists, depending on who occupied the castle at any given time.
Although the castle has many ghost stories and strange paranormal occurrences, the most famous being that of the grey lady. It is said she was the wife of the second in command at the castle. She discovered that her powerful husband was having an affair with a local woman and in a jealous rage she murdered her husband's lover with an axe. She was tried, found guilty and executed, but as she was refused burial inside the castle, her ghost is said to walk the building terrorising anyone in her path.
Many people have witnessed the sounds of children crying and running around in the derelict rooms on the upper floor. Sometimes playing and when people are asleep downstairs they hear footsteps above them as if somebody is in the room, which should always be empty.
The castle used to be a hospital and part of the building's the basement was used as the mortuary, where they would house the bodies. Lots of people have witnessed the awful sounds of crying and moaning as if people were in desperate pain and need. Could those sounds belong to the long lost dead?
Paranormal activity occurs regularly in this building, no more so than in the banqueting room. The ghost of the white lady has been seen there on several occasions and lots of dark shadows have been seen flittering around the walls. Tables even been known to come right off the floor.

Speaking to Yvette before the investigation got underway, Glen Hunt, the show's resident skeptic explained why he was so excited to investigate the empty hotel. He said, "there's absolutely no disturbance from any guests anywhere, or any staff in the building."
He added, "I'll be excited to know if anything goes off the scale tonight. There's only a small group of us, the place is so quiet and I'd love to know if the paranormal activity that we've experienced before is generated from human energy."
The team started their investigation in the undercroft. The area is now used for storage, but was once the morgue. Yvette lead Glen into the darkness, along with Karl Beattie, Stuart Torevell, Darren Hutchins and Gregg Smith. The only member of the team missing was demonologist, Fred Batt. Early on in the investigation Stuart heard footsteps near him, but this turned out to be the first of many unexplained knocks in this area.
After their initial investigation, the team split up. While Karl was alone in Room 207, Yvette and Glen got settled in the kitchen. This is situated in the oldest part of the castle near the banqueting hall and is an area of the castle the team haven't investigated before. The kitchen was once an infectious deceases laboratory during the castle's time as a hospital.
The episode came to an end as Glen set up his laptop in order to conduct an EVP experiment. An EVP, or Electronic Voice Phenomenon, is spirit communications captured in electronic audio recordings, but we'll have to wait until next time to find out the results of the experiment.
The mini-series of 'Most Haunted' Christmas specials continues with the second part of 'The Ghost Of Most Haunted Present' at Ruthin Castle, which is available to watch now.