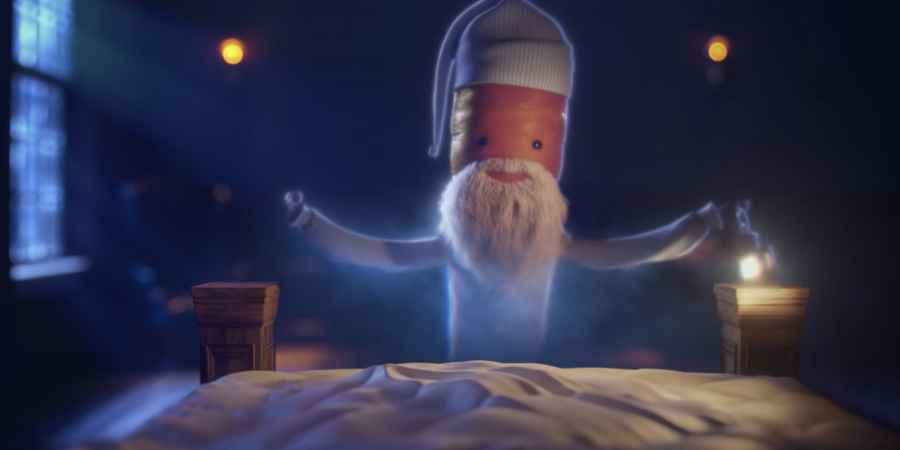 The latest offering in the annual battle to be the most talked about Christmas advert of the season uses fruit and veg to retell one of the greatest ghost stories of all time.
In Aldi's 2021 festive commercial, entitled 'A Christmas Carrot' by Charles Chickens, Kevin the Carrot takes on the role of the spirit of Christmas to change the ways of a grumpy banana living in Dickensian days.
The ad is based on Charles Dickens' classic, 'A Christmas Carol', which is perhaps one of the best-known ghost stories ever penned. In the supermarket's version, the cold-hearted protagonist, Ebenezer Scrooge, is replaced by a banana called Ebanana - every bit as much of a miser as Scrooge, but higher in potassium.
Ebanana fails to see the Christmas joy of things like snowmen, mince pies, and chocolate reindeer, he was just left feeling rotten. This is until Ebanana is visited in the night by Aldi's iconic mascot, Kevin the Carrot, who introduces himself as "the Spirit of Christmas." 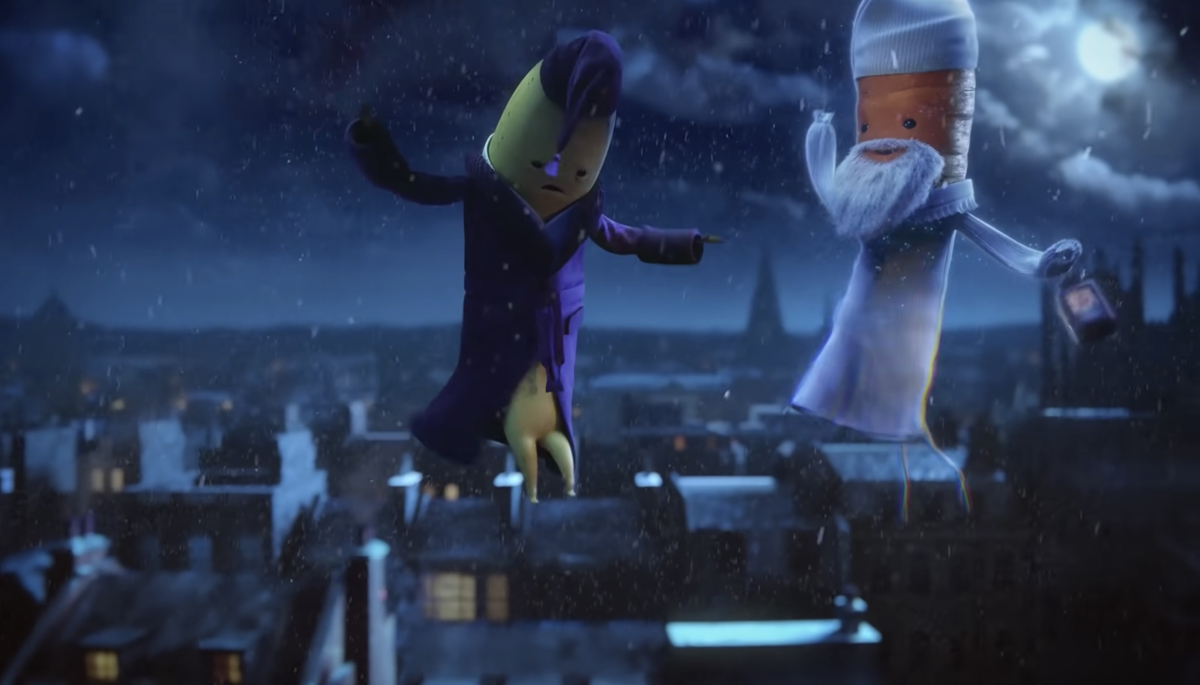 Hand-in-hand the two veggies embark on a supernatural flight through the snowy streets of wintry town. The ad, which marks Kevin's sixth appearance at the centre of Aldi's Christmas campaign, is beautifully animated by ad agency McCann UK and set to an instrumental version of 'Fairytale Of New York' by The Pogues.
Their journey takes them hurtling through the Aldi Christmas Market, passing a very famous salad on the way. Kevin waves out to Marcus Radishford, who's "always helping children." The jolly radish is voiced by the England striker in recognition of his recent charity work in which he's helped to get food to kids who need it. 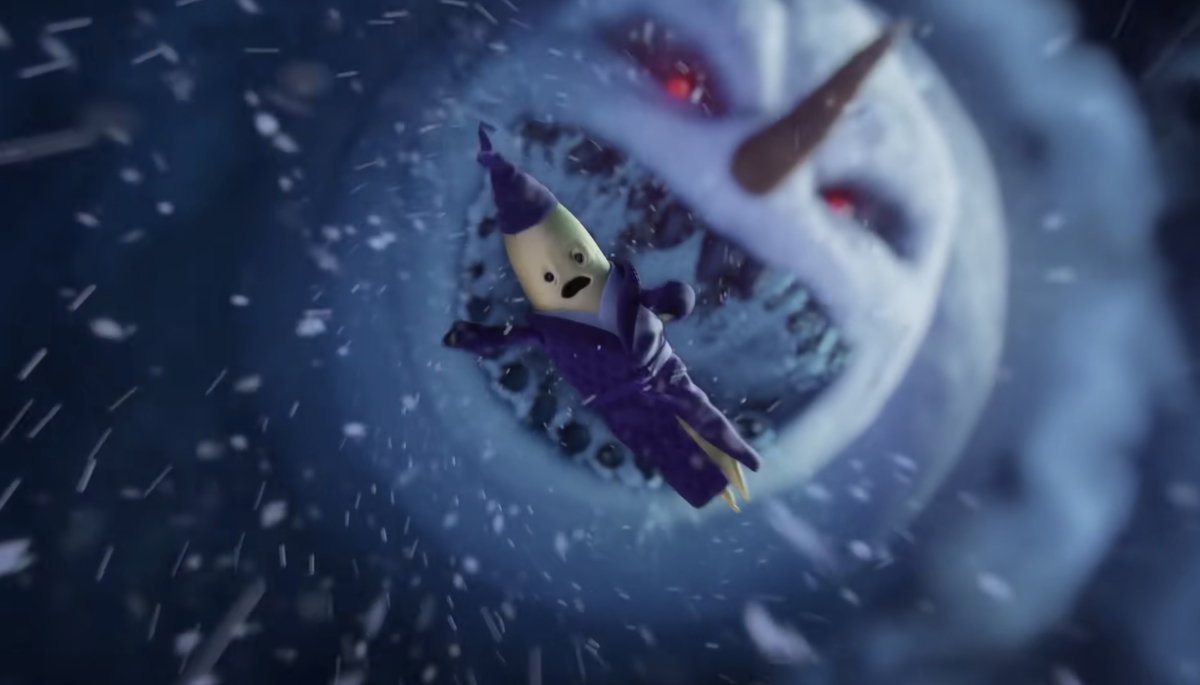 Packed full of as many puns as it is talking veg, the ad eventually sees Ebanana change his ways after being dropped into the waiting mouth of a towering abominable snowman. The next morning he realises that "peas and goodwill" is what is missing from his life and takes his family gifts as a thank you for "pudding up with" him.
As part of the supermarket chain's Christmas campaign, there will be 1.8 million meals donated to families that need help across the UK over the festive period.
Aldi aren't the only British retailer to experiment with paranormal theme's in their Christmas ad this year. Last week's John Lewis revealed their 2021 ad, which revolves around an alien spacecraft crashing on Earth in a snowy woodland at Christmas.
Tags:
topicalchristmasghosts