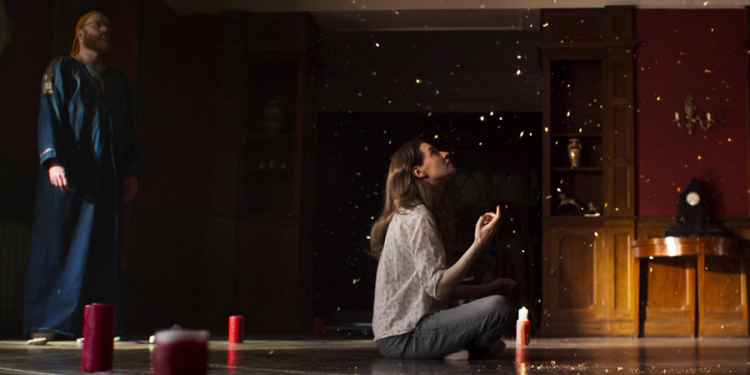 Normally reviewers write about movies that are new, but when Liam Gavin tweeted that his four year old film was now available on Amazon Prime Video in the UK, I thought it was worth a look.
A quick Google search and I discovered plenty of positive reviews about 'A Dark Song' and when I read the synopsis it seems like just the type of movie we'd feature on Higgypop, but it was four years old. Normally I'd think we've missed the boat, but since the film is freshly streaming in the UK and that we're all desperate to discover new entertainment while locked down at home, I thought I'd give it a go.
The supernatural movie's writer-director tweeted, "only six people have seen A Dark Song in the UK. But we can now do something about this. A Dark Song is now on Amazon Prime UK!!" I rose to the challenge.

Only six people have seen A Dark Sony in the UK. But we can now do something about this.

A Dark Song is now on Amazon Prime UK!!

'A Dark Song' is a joint Irish-Welsh production, and opens to stunning scenery of Wales. The gripping and suspenseful independent movie is full of very real-feeling occult imagery and symbology. Unlike Hollywood films that feature witchcraft, 'A Dark Song' uses gritty and raw elements of the occult and dark magic.
The first half of the movie sucks you into the story behind a curious pairing. We meet Sophia, played by Catherine Walker, who is willing to risk everything to perform a dangerous dark magic ritual, but she can't do it alone and teams up with Joseph Solomon, a damaged occultist played by Steve Oram.
Joseph is far from your normal movie witch or wizard, he's seemingly a relatively normal bloke who has some how become an expert in the dark arts. Confined inside of a remote and isolated rural house together by a protective circle of salt around the building, the pair must work their way through the ritual whatever it takes in order to be granted their desires, but when the pair aren't fully open about their true intent, complications arise.

The beautifully shot movie seem to have been lumped together in the horror genre with slasher movies, but this film would more accurately be described as a dark supernatural thriller. There is a very minimal cast with a brilliantly acting and directed plot primarily revolving around the relationship of the two strangers that have come together under these unusual circumstances.
When it comes to movies about summoning demons, you may think you can predict where this film is going to go, but just when you think you know what's going on, you are proved wrong with a series of twists - or more accurately, revelations. 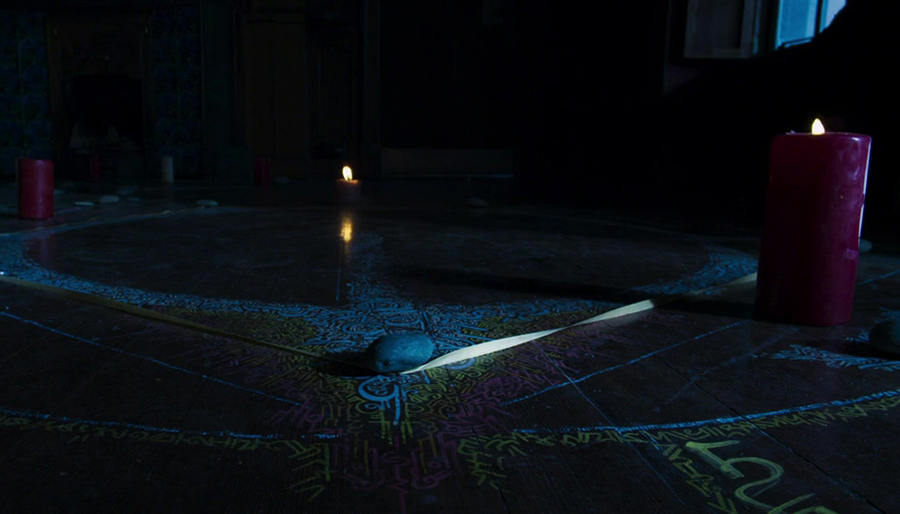 It's fair to say the ending of the movie has divided audiences, but this is true with most supernatural movies. Fear is in the unknown and revealing a big bad demon in the final act often destroys everything the movie has built towards. In the case of 'A Dark Song', it's less about what's being summoned and more about why it's being summoned, which makes the ending easier to swallow than most paranormal movies.
The choice of setting and type of ritual is reminiscent of the dark magic rituals that took place at Satanist Aleister Crowley's secluded house, which was located on the south-east side of Loch Ness near Foyers in the Scottish Highlands. The location was the ideal place for Crowley to perform his rituals, as he believed that "the first essential is a house in a more or less secluded situation."
It was at Boleskine House that Crowley performed a series of rituals known as the Sacred Magic of Abramelin the Mage, the purpose of the ritual was to invoke a guardian angel, an intent which is mirrored by the rituals in 'A Dark Song'. Crowley believed the process takes over six months to complete.
If you love occult imagery, the history of real-life dark magic, and movies that require you to think a little rather than bombard you with CGI and cheap jump scares, then 'A Dark Song' is for you.
The movie is engaging and gripping, although some have criticised it for its perceived slow pace, however the pace of the film is perfectly matched to the growing level of fear as the pair painstakingly get closer and closer to the end of the ritual and their goals.
You can watch 'A Dark Song' on Amazon Prime now.
Add A Comment
Tags:
paranormalmoviesblack magic