Do Believers In Ghosts & The Paranormal Have A Low IQ? 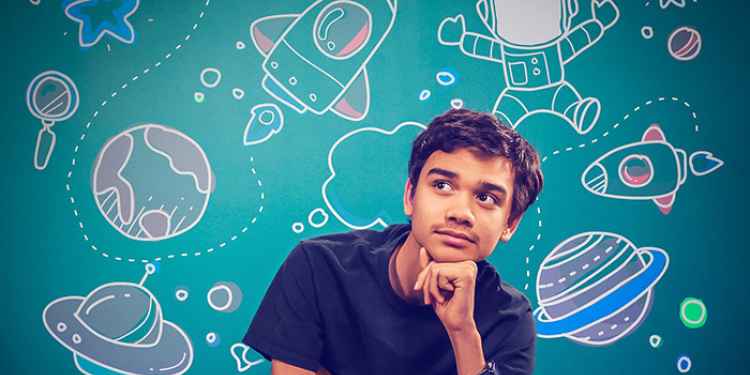 Photo: pixabay.com
A few weeks ago a celebrity psychic medium made an announcement on his Facebook page which caused a bit of a stir in the paranormal world. The one thing that struck me the most about his post wasn't his claim, but was the the terrible grammar it was written in.
I won't name the psychic as this problem isn't unique to him, and I don't want to come across as some kind of grammar Nazi. But his style of writing, poor vocabulary, and complete ignorance and lack of use of punctuation did make me wonder if there could be a correlation between the medium's willingness to accept the supernatural as fact and his level of intelligence.
I was eager to write about my hunch, having also seen posts like this on paranormal groups: "what dose evry one see or feel about this doll I know the hole story I wood juat like to see if enny one can gess it at 8 I'll tell u who's rong or right good luck". But, I didn't want to be too controversial, so I held off until I found some scientific data which supported my theory. The thing is, this observation of mine isn't just limited to this one psychic, it seems to apply to a vast majority of those who have a strong, outspoken and passionate belief in the paranormal.
As well as the badly written message on Facebook, the psychic also posted a very bad mock up of the cover of The Sun newspaper. In fact, the announcement was first brought to my attention by a comment on my website. The commenter said "have you heard the news that's in The Sun newspaper?"
Despite the fact that the original story was in no way newsworthy, especially front page news of a national newspaper, combined with the fact that the fake news story was packed full of grammatical errors, many people in the paranormal community seemed to believe it was a real news story that was actually in The Sun. This for me showed a real lack on analytical and critical thinking.
Before I took the commenter's word about the story as gospel, I searched for the story on The Sun's website and of course couldn't find it. It became instantly apparent to me that the story wasn't real. When I eventually found the "front page" that the commenter was referring to, I was shocked. How could anyone believe a badly written fake article like this to be real?
There were apostrophes where there shouldn't be, and sentences which ended with a full stop followed by a question mark. Why would you do that, especially when the sentence wasn't even a question.?
So this already had me wondering if low intelligence was a requirement for a belief in the paranormal, but as I delved deeper into the story I noticed more evidence which seemed to support my theory. Because the medium in question caused a bit of a stir within the paranormal world, there were lots of comments on Facebook and Twitter relating to the psychic's announcement, all of which were very badly written and often lacked punctuation.
Then I read an article about the announcement on a paranormal website, and I have to say it was one of the worst written articles I'd ever seen published on a website. It's not an exaggeration to say that every line had spelling or grammatical errors, and there were several occasions where common idioms were misused, showing a lack of understand of these sayings.
I don't want to generalise. Of course there are some very intelligent people who happen to have spiritual or supernatural beliefs, and it could be that this observation is limited to just the most vocal or the most passionate believers, the ones whose comments and writing I see.
But try it for yourself, if you do a Twitter search for the hashtag #CelebrityGhostHunt, you'll see tweets from fans of a new paranormal show that started on 5STAR last month. In just the first few tweets I saw the word "knifes," as well as the following messed up sentences...
"whats with all the s**t camera angels"
"please say your on the next episode"
"happy there dnt look like no fools tryin to beg the limelight again mentioning no names"

New paper on the psychology of bullshit https://t.co/VMvkA1Wky6 Open access! we only used the term "bullshit" ~200 times...

After harbouring this opinion on some of the paranormal community for a little while, the thing that finally made me write about my observations was when I came across a study by Gordon Pennycook which seemed to prove my hunch.
The study found that those who thought that some randomly generated intellectual-sounding statements were profound, are less intelligent, less reflective, and more likely to believe in the paranormal, alternative medicine and conspiracy theories.
Hundreds of subjects were tested as part of the research, conducted at the University of Waterloo in Ontario, Canada. The participants were shown 'pseudo-profound' statements like, "consciousness consists of a resonance cascade of quantum energy. 'Quantum' means a refining of the spatial."
The statements were produced using an online tool called the New Age Bulls**t Generator and include phrases featuring buzzwords which sound like they could be meaningful. The participants were then asked to rate the profoundness of these sentences on a scale of one to five.
The study concluded that the participants who were more likely to put their faith in the bogus statements, were "less reflective, lower in cognitive ability, and are more prone to ontological confusions and conspiratorial ideation."
Pennycook said that this group was also more likely to "hold religious and paranormal beliefs, and are more likely to endorse complementary and alternative medicine."

Things you never thought you'd never see on TV no.872: Towie's @BobbyCNorris​ trying to communicate with the ghost of Margaret Thatcher. 😂 pic.twitter.com/HJZTPgpEBD

There was an example of the level of intellect of paranormal believers in the aforementioned paranormal reality show, 'Celebrity Ghost Hunt'. Three reality TV stars, including Bobby Norris from 'The Only Way Is Essex' were looking for spooks in a former top secret nuclear bunker near Brentwood.
At one point during the show, Bobby spotted a mannequin of Margaret Thatcher in the bunker, he screamed, "oh my God it's Maggie," before telling his fellow ghost hunters who he believed she was, "the Prime Minister, the old one. I mean she died. She was our Prime Minister, the first ever one."
Of course not all ghost hunters are quite this bad, this is an extreme case, but it is a funny one.
Amazingly, it's not just amateurs who seem to be bad at mastering the English language. The image below was posted by an official Twitter account related to the TV show 'Most Haunted'. The idea is to encourage fans to share the image in support of that evening's show, but there is no way I'm ever going to re-tweet something that says "im watching."
This is basic English, surely the need to use an apostrophe when abbreviating "I am" isn't that hard to remember for a grown adult. Perhaps whoever runs this Twitter account has run into walls in the dark a few too many times. 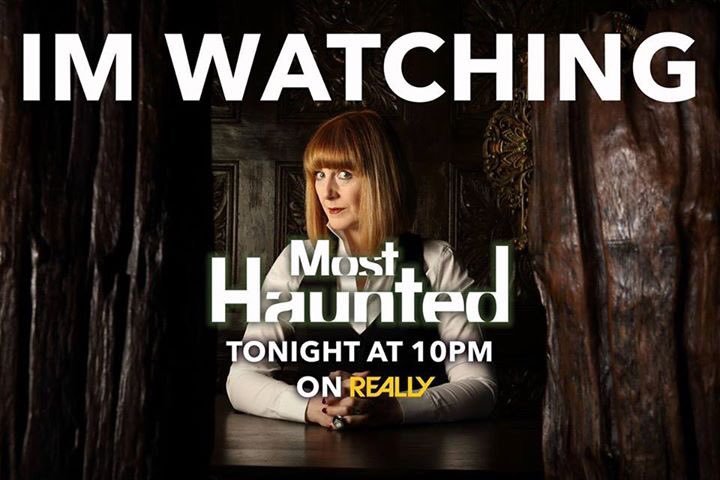