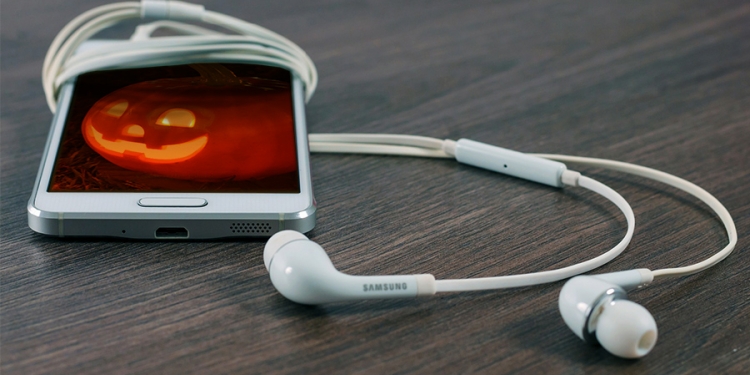 Photo: pixabay.com
Scaring yourself by watching horror films is one of of the traditions of Halloween, but what about lying in the dark, curled up in your bed, with only your duvet for protection, listening to scary stories, tales of the paranormal or real-life events of horror, with your headphones in?
These are the best paranormal podcasts to get you in the mood for Halloween 2018.

Anything Ghost
Since 2006 Lex Wahl has been sharing real ghost stories with his audience in his first-of-its-kind podcast. Each of the personal paranormal experiences featured in the podcast have been submitted by listeners and Less add his own original background music and sound effects to make the stories even creepier.
The ParaPod
The Chortle Awards nominated comedy podcast launched in 2013 and revolves around hardcore believer Barry Dodds' attempts to convince his co-host Ian Boldsworth that the paranormal is real. In series one Barry re-tells some of the most famous ghost stories of all time in his onw unique way. In the second series the pair debate mysteries such as Big Foot and in the final series Ian and Barry dicuss conspiracies. Although the podcast came to an end in 2017, they duo made a return with a one-off special in the summer of 2018.
This Paranormal Life
Rory Powers and Kit Grier produce a weekly podcast in which they investigate different paranormal cases and find the truth behind the mysteries. They cover everything from punching Bigfoot to hunting Ancient Aliens. As well as tackling topics like Roswell and the Illuminati.
The Unexplained With Howard Hughes
British broadcaster Howard Hughes presented his show on ghosts, the paranormal and conspiracies every Sunday evening at 10pm, but the show is also available as a weekly podcast. As well as covering off the biggest stories from the paranormal world from the last seven days, he's also interviews a different guest about their involvement in the paranormal each week.

The NoSleep Podcast
A multi-award winning anthology series for the dark hours when you dare not close your eyes. Featuring of original tales of horror to frighten and disturb. The stories told by a cast of talented voice actors, with rich atmospheric music to enhance the frightening tales.
Welcome To Night Vale
Created in 2012 by Joseph Fink and Jeffrey Cranor, this twice-monthly podcast is presented in the style of community radio station for the small desert town of Night Vale, featuring local news and announcements from the Sheriff's Secret Police, including tales of mysterious lights in the night sky, dark hooded figures with unknowable powers, and cultural events.
Pseudopod
For over a decade, the Pseudopod has been sharing some of the best short horror in audio form, to take with you anywhere. The podcasts uses professional authors to produce original fiction and given the warning that their horror stories are for for mature audiences only.
Knifepoint Horror
Tales of supernatural suspense by Soren Narnia, stripped of even proper titles, and told in their most pure form by a single voice describing supernatural events exactly as they were experienced. Knifepoint Horror leaves nothing but the story's riveting spine to compel and chill you to the core.

Nightmare On Film Street
Nightmare on Film Street is a podcast for horror addicts, which was launched in 2016 by two horror nuts, Kimberley Elizabeth and Jonathan Dehaan. Every other week the duo bring you the latest in horror movie news, reviews, movie facts and trivia, as well as playing a few haphazardly formed games.
Audio Dead Horror Podcast
Chris Brielmaier and Brian Lashchuk bring you a new episode every two weeks, where they review some of the best, and occasionally the worst, horror films from the last 30 years. The two horror fanatics bring they're unique and relevant industry background to their discussion about both modern and past horror films with insightful commentary and laughter.
Horror Movie Podcast
The Horror Movie Podcast is a bi-weekly show that's released every other Friday. The podcast's host, Jay of the Dead, brings you in depth horror movies reviews, especially for new releases with ratings and recommendations to help you decide whether you should buy, rent or avoid these movies.
Faculty Of Horror
In this monthly podcast horror journalists Andrea Subissati and Alexandra West tackle all things horror with a slash of analysis and research, produced independently in Toronto, Ontario. The show's hosts hope that The Faculty of Horror will be your best source for classic and contemporary horror film discussions.

The Halloween Haunt
A short audio program celebrating our creepiest holiday. Hosted by the Halloween Haunter. History, customs, traditions, as well as spooky stories and poems. Available on all podcast apps.
Every Day Is Halloween
If you really love All Hallows' Eve this this podcast is for you and promises to get you into the spirit of Halloween all year long. You can expect horror film and television reviews, clips from your favourite Halloween specials and just about anything else that makes you feel as if it is October 31st already.
Tags:
paranormalpodcasthalloweenhalloween 2018