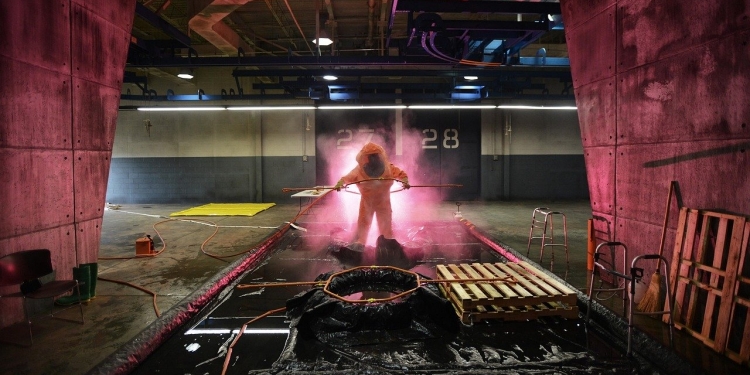 Photo: pixabay.com
At a time when getting the right information to people is vitally important, some internet users have been fooled by a detailed confession posted by a man claiming to be a Chinese military intelligence officer.
In the post the anonymous writer claims that the coronavirus is a cover for an outbreak of a much more dangerous weaponised virus developed in China.
Anyone with an ounce of sense will understand that the COVID-19 virus sweeping across the globe didn't need to be created in a laboratory to come into existence, it is very similar to two other recent outbreaks, SARS in 2003  and the Middle East Respiratory Syndrome in 2012.
All three of these strains are thought to have originated in bats, which shows that these viruses do naturally occur and that COVID-19 is nothing new or different. Suggesting that it needs to have been created in a lab shows a lack of understanding about how viruses mutate and spread - something you should have learnt in GCSE biology.
However, one conspiracy theory is so convincing that it's now been taken out of context and is being shared as if it's fact. The story was originally posted in a Reddit group called 'nosleep', this is a place where authors share their original horror stories - works of fiction.
The idea behind 'nosleep' is that all the stories posted must be believable within reason, and their community rules state that "everything is true here, even if it's not" and "comments must contribute to discussion." This means that you never question the validity of a story, because it's just a story, and the users comments are simply adding to the narrative while pretending it is real.
So, it's easy to see why someone would take the story seriously, especially as this story is so well researched, so believable, and also has an excellent twist. But, unfortunately, the story is now being shared out of context on social media where it's being presented as fact.
You can (and should) read the full story, entitled 'I am a senior Chinese military intelligence officer and I know the truth about the coronavirus outbreak. It is far worse than the media are telling you', but here's a brief overview...
The anonymous author, posting as "Wuhanvirusthrowaway", says that everything we've been told about coronavirus is "a bunch of lies concocted by the Chinese state with the tacit support of the U.S. deep state and its friends in the European Union, Russia and Australia, and spread by the docile media in all of those countries."
The author claims to have worked on a project to develop a biological agent that was originally going to be used to subdue the anti-government protests in Hong Kong. According to the poster, the agent was developed at a military testing facility near Wuhan, an industrial city that was at the centre of the COVID-19 outbreak.
It transpired that the agent was more powerful than anticipated and ultimately resulted in test subjects dying of multiple organ failure - clearly the agent was unusable for its intended purpose of keeping the peace. News of these deaths was suppressed.
After word reached the US that China had developed a powerful weaponised virus, a botched transfer of a specimen resulted in the agent being released at a wild animal market, which has been reported as the location of the started the outbreak.
This is where the story gets interesting and believable. The author fantasises that their agent began infecting the residents of Wuhan. They were quick to try to contain it, but in order to cover-up the existence of their agent they made up a fictional influenza-like virus called "coronavirus".
He writes, "it was one of my colleagues who came up with the genius idea of pretending that people with the common flu suffered from the coronavirus. This allowed us to hide the true nature of the disease." He adds, "we sent our men to all the hospitals and instructed all doctors to diagnose every case of the common flu as 'coronavirus'."
"The result of this decision was that tens of thousands of individuals who were simply suffering from a cold or flu were now diagnosed as having a mysterious coronavirus that, although infectious, was not often lethal."
Where it becomes clear that the story is just a work of fiction, is where it claims that the Chinese military's attempts to contain their agent actually failed, and while the made up coronavirus was dominating the news, their much more deadly viral agent was spreading across the globe.
He wrote, "once the mass deaths begin in the rest of the world - in our estimation, this should happen within the next week or so - everyone will know the truth."
As the outbreak started in China late last year, we already know this is not the case.