What Do Owls Have To Do With Christmas?

Reindeers used to pretty much have an exclusive affinity with Christmas but in recent years Rudolf and friends have been pushed aside in favour of a new chief festive animal, the owl AKA the "chrowl." 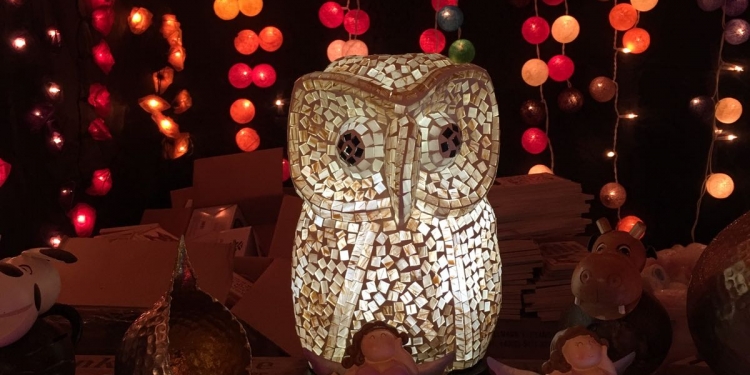 When you think of Christmas there's a whole list of animals you probably associate with the season. Of course there's Santa's trusty team of magical reindeers and according to the nativity there's a donkey, and the camels that the three wise men arrived on. There is also often the mention of an ox and sheep in the nativity.
Ignoring the biblical references and looking back at the Norse and Scandinavian winter celebrations, traditionally families would celebrate with a yule goat or a yule boar, both of which were a source of food throughout winter.
But no matter which of the Christmas origins you delve into, there's no mention of an owl. Even a mouse gets a mention in the opening line of the classic poem, 'The Night Before Christmas'.
"Twas the night before Christmas, when all through the house, not a creature was stirring, not even a mouse."
The Night Before Christmas

The Chrowl Is Hijacking Christmas

Despite its lack of cited seasonal relevance, chrowls (or Christmas owls) are becoming the dominant species in the world of winter festivities. Don't believe me?
You're sure to be traipsing around your local mall or town centre in the next few weeks, while you're there stop and look at the array of Christmas merchandise available, especially in the home decor and tree decoration sections... it's all chrowls! Owls will easily out-number any other animal-themed products on display.
Although owls seem to have been overlooked in Christmas literature, there's no shortage of other festive birds. Doves often appear in Christmas decorations, the red-breasted robin is associated with winter in the UK and even a penguin wouldn't look out of place on a Christmas card.
In fact, there's a whole list of birds relating to Christmas, they dominate the first half of 'Twelve Days of Christmas'. There's a partridge in a pear tree, two turtle doves, three French hens, four calling birds, six swans a swimming and a massive eight geese a laying... a total of 24 festive birds but still no owl.

The Origins Of The Christmas Owl

Clearly I'm not the only person left wondering why owls are taking over Christmas, as the Yahoo Answers post above proves.
So what is the connection between owls and Christmas? Well, no one really seems to know. In Christian culture the owl symbolises desolation, death and darkness owing to its nocturnal lifestyle... that seems far removed from any ideology of a Christian's take on Christmas.
Some say that the chrowl dates back to 19th century Christmas ornaments, the bird's intelligence and wisdom symbolised a Christmas wish.
I think the origins of the owls involvement in the holidays is actually much more recent, in fact the story begins about a decade ago.
The boom in popularity of owls was spurred on in 2003 by artist Jonath­an Adler's who featured owls in his range of pillows, plush toys and even salt and pepper shakers.
Since then owls have been on the rise featuring in home wear products in stores like Next, Urban Outfitters and basically every where. Just take a look on Etsy, the online crafts marketplace.
There are 219,117 items for sale on Etsy with "owl" as part of their description, by comparison there are just 65,346 products featuring "reindeers". The same is true for eBay where a massive 932,326 owl products are available, almost four times the number of reindeer related products.
The fact is owls are popular, even teenagers have embraced the owl culture by wearing clothes depicting owls, owl bags, phone cases and so much more. The success of owl amongst teens could be thanks to Justin Bieber who in 2012 revealed an owl tattoo on his left arm. 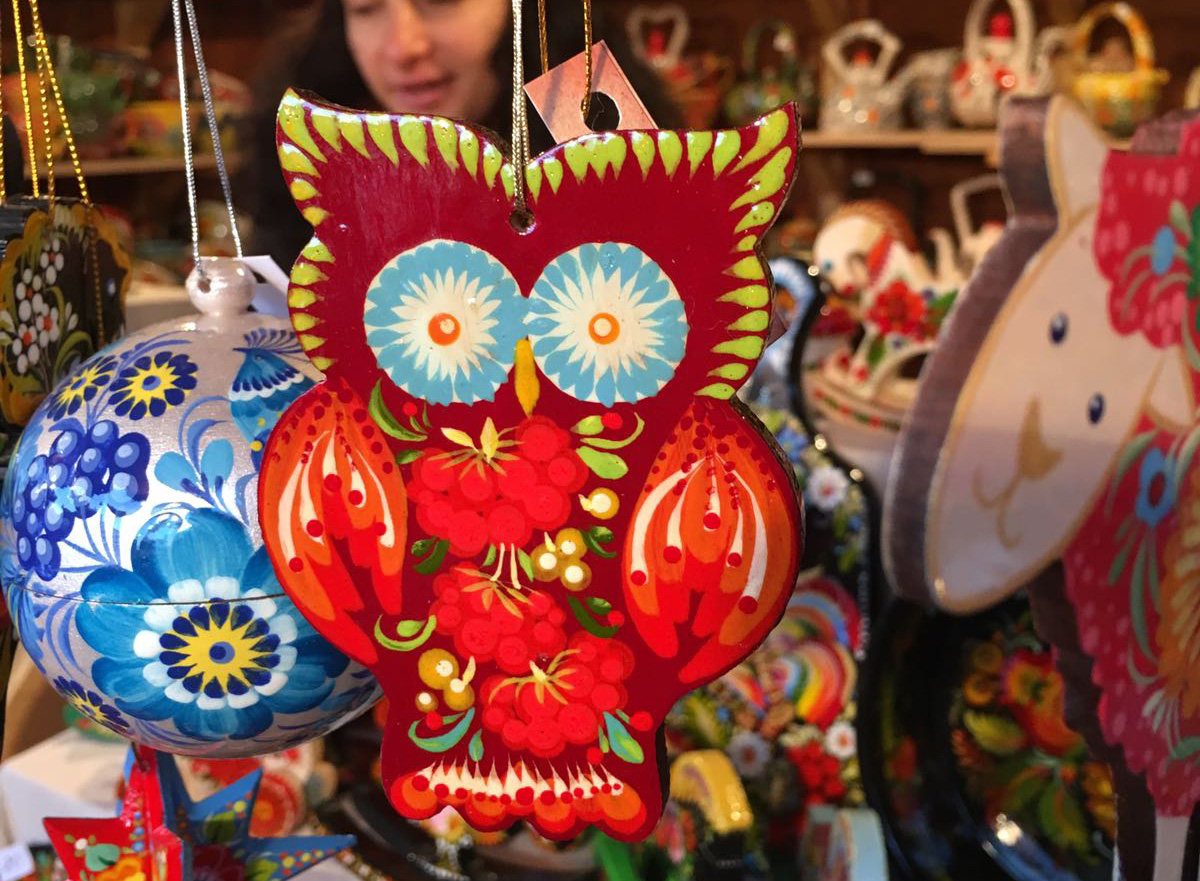 The Legend of the Christmas Owl

I'm a little Christmas Owl, as cute as I can be.
I won't say much while I'm here, but my eyes have much to see.
When Santa starts to check his list, you know he checks it twice.
He sends an owl to be his eyes and see whooo's naughty and nice!
So, every time you see an owl with his eyes so wide and bright...
Be on your best behaviour for that owl is Santa's sight!

Warm up your winter with this 40 minute long Christmas owl video which was uploaded by social platform, Hootsuite in 2014.

Below are some of my favourite Christmas owls I've spotted while out Christmas shopping this year, thanks to Toby for his chrowl contributions. 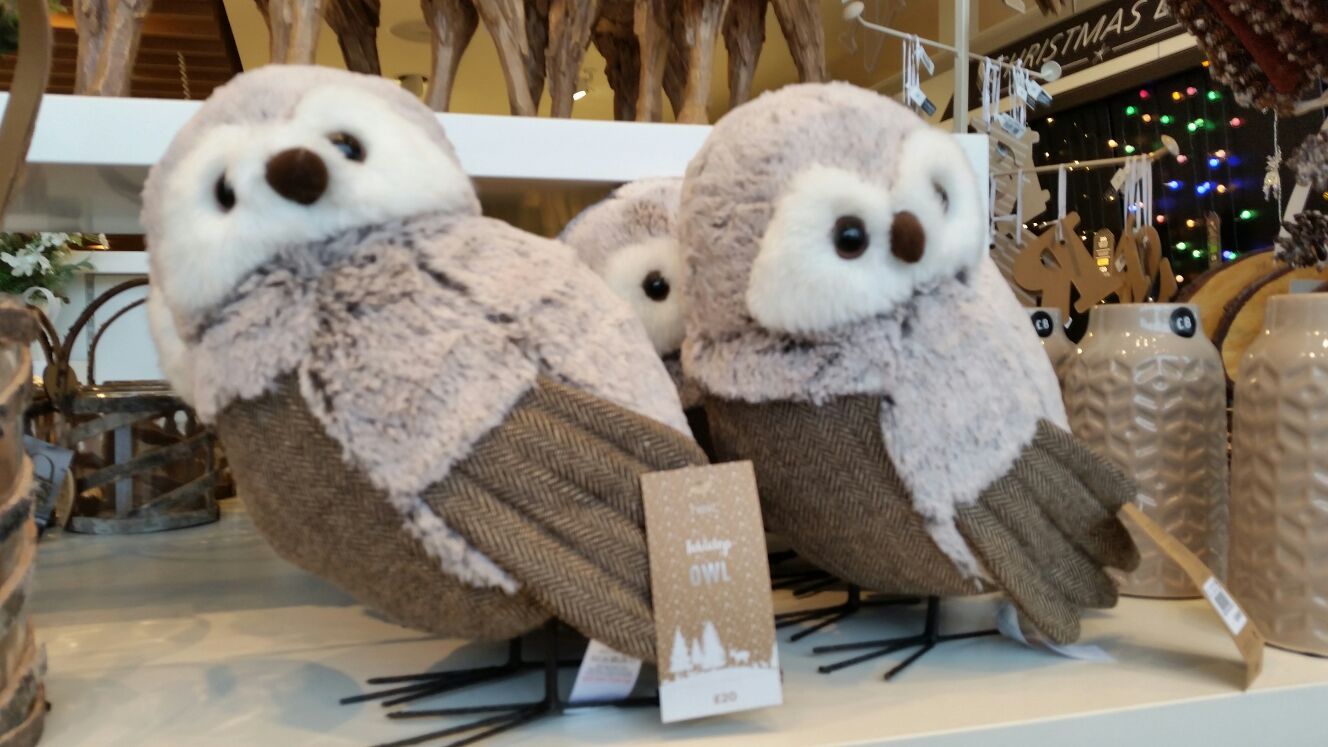 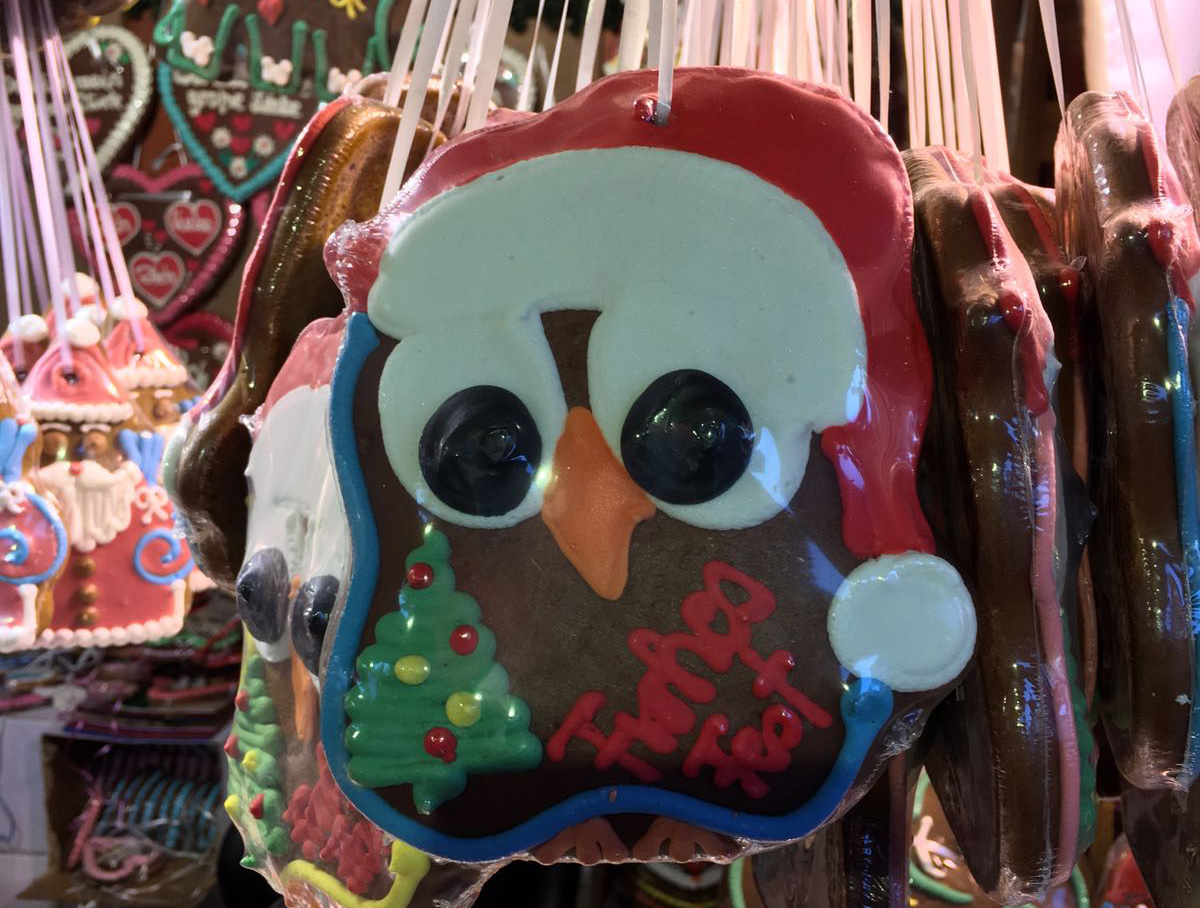