This article is more than nine years old and was last updated in March 2018. 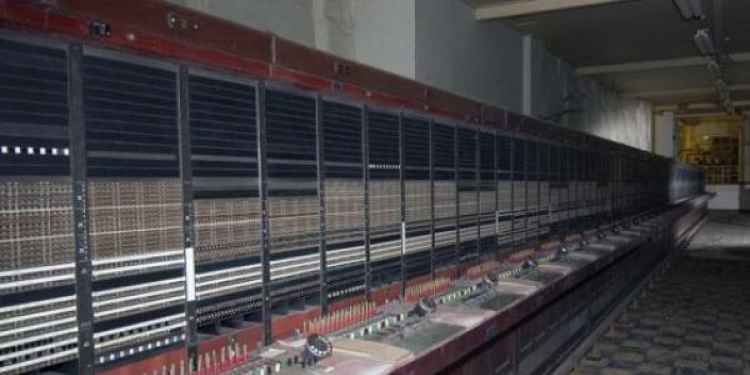 Photo: © Crown Copyright
The Quarry Operations Centre, part of the Burlington Bunker has been designated as a Grade II listed building due to its special architectural and historic interest.
Site 3, better know by it's codename "Burlington" is a vast underground nuclear bunker, which since the 1950s was on stand-by, ready to spring in to action if nuclear war had broken out on British soil.
Housing up to 4,000 civil servants, the bunker is situated under the small Wiltshire town of Corsham. It was refused a £40 million upgrade in 1991 and over the following years was run down, until its decommissioning in the mid 90s.
The site was declassified in 2004 and since then details of scale and importance of the bunker have been made public through the freedom of information act. Nettleden.com forwarded much of this information on to English Heritage in the hope they may be able to preserve the site for future generations.
Following extensive research and survey, in March 2013 English Heritage took their findings to the Secretary of State for Culture who decided that several areas of the bunker should be added to the Schedule of Monuments, including a Grade II listing for the Quarry Operations Centre (QOC).
The QOC was considered for inclusion on the list as it houses murals painted by local artist Olga Lehmann. The murals are in fact older than the nuclear bunker and date back to the site's former use as a World War II underground aircraft factory. They were made using nothing but paints from the aircraft factory to brighten up a large underground canteen area.
The other areas of Burlington which were surveyed by English Heritage were the Prime Minister's rooms and operations rooms, a radio studio, the Lamson terminus, the GPO telephone exchange, kitchen, canteen, laundry, dining and washroom areas, the last remaining personnel lift and a slope shaft. All of these area have been listed as a Scheduled Monument due to their documented importance in Cold War history and uniqueness.
Areas such as the Lamson room and telephone exchange are the only known example of their kind, much of the equipment contained within then are the last known examples in existence.
The radio studio, which would have been used by the Prime Minster to address the nation is one of only two of its kind which survive intact today.
As well as the bunker, an area of stone quarry which was never converted by the War Department was added to the Schedule of Monuments. The area, known as West Lung, part of Spring Quarry Bath was worked for Bath stone until its acquisition by the War Department. Although it's not the only example of stone quarries from this area in the area, it's was listed for the way it has been uniquely preserved with per-war equipment left in situ.
© Crown Copyright Notice: This page includes images reproduced with the permission of the Controller of Her Majesty’s Stationery Office.
Tags:
undergroundburlington bunkercorshamwiltshireurbex