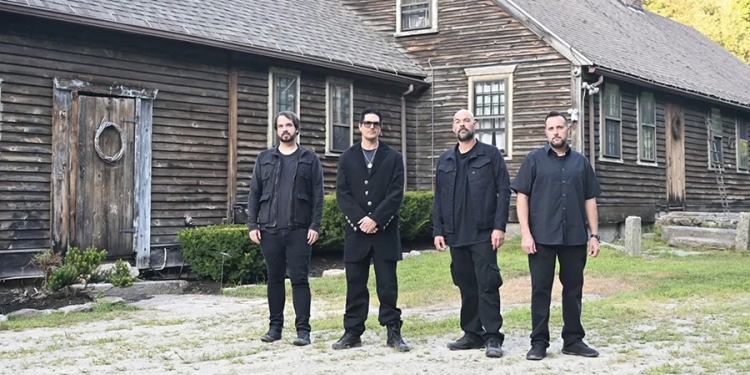 Really channel, the home of paranormal television in the UK, has announced that their 13-night-long Halloween television schedule will include Zak Bagans' 'Curse Of The Harrisville Farmhouse'.
The 'Ghost Adventures' special aired in the US last October, but Really's #13NightsOfFrights will offer British viewers their first chance to watch the two-hour-long special that was filmed at the house that inspired horror movie, 'The Conjuring'.
The infamous house in Rhode Island, which was bought by Cory Heinzen and his wife Jennifer in 2019, is where the real life ghost story that inspired the first movie in James Wan's Conjuring series took place. The couple have a keen interest in the paranormal and decided to snap up the haunted home after seeing it advertised online.
'The Conjuring' is based on the real life case of the Perron family, who experienced increasingly disturbing events in their farmhouse in Harrisville, Rhode Island in 1971.
As soon as the Perrons moved into the 14-room remote farmhouse the paranormal activity started. At first it was just little things like household items going missing, but it quickly escalated and the family's five daughters started seeing ghostly apparitions around the house.
After researching the history of the house, which was built in 1736, they found that it had been the home of the same family for eight generations and many of the children of the family died in mysterious and tragic circumstances. It's this suffering that is said to be responsible for the property's haunting.
The Perrons believed their home was haunted by the ghost of an early 19th century witch named Bathsheba Sherman. She was an alleged child killer who lived on the site and cursed the land.
Really will also air a two-hour special that explores the real story behind husband-and-wife paranormal investigation team, Ed and Lorraine Warren, who investigated the famous haunting at the farmhouse. In fact it is their case file that 'The Conjuring' is based on.
'Devil’s Road: The True Story Of Ed & Lorraine Warren' features interviews with their daughter and son-in-law, Judy and Tony Spera, who share never-before-broadcast audio of Ed conducting interviews for the Bridgeport, Connecticut, poltergeist case, and rare video of the Warrens helping a young woman coming under demonic possession.
There's more good news for 'Ghost Adventures' fans this Halloween as the spin-off series 'Screaming Room' will also air as part of 13 Nights Of Frights. The spin-off series features the team reliving some of the most terrifying, shocking and even comedic moments.
Really have also announced that their Halloween offering will include Jack Osbourne's new "caught on camera" paranormal series. 'The Osbournes Want To Believe' features his legendary parents, Ozzy and Sharon, as he tries to convince them that ghosts exist.
Also look out for 'My Paranormal Nightmare' which features real witnesses recounting terrifying true tales of violent hauntings that have plagued their nightmares since childhood. Now adults, they go back in time to the horrific encounters with compelling first-person testimonies.
#13NightsOfFrights starts on Monday, October 19, kicking off with 'The Osbournes Want To Believe' and running up to and including a night of special programming on Halloween night itself.
The Really channel broadcasts in the United Kingdom and Ireland as part of the Discovery family of channels. You can watch Really on Freeview (17), Sky (142), Virgin Media (129) and Freesat (160), plus YouView, BT TV and TalkTalk TV. Or watch previous episodes on demand on dplay.
Tags:
paranormaltelevisionzak baganshalloweenhalloween 2020topicalghost adventuresconjuring13nightsoffrights2020