David Harbour To Star In Netflix's 'We Have A Ghost' 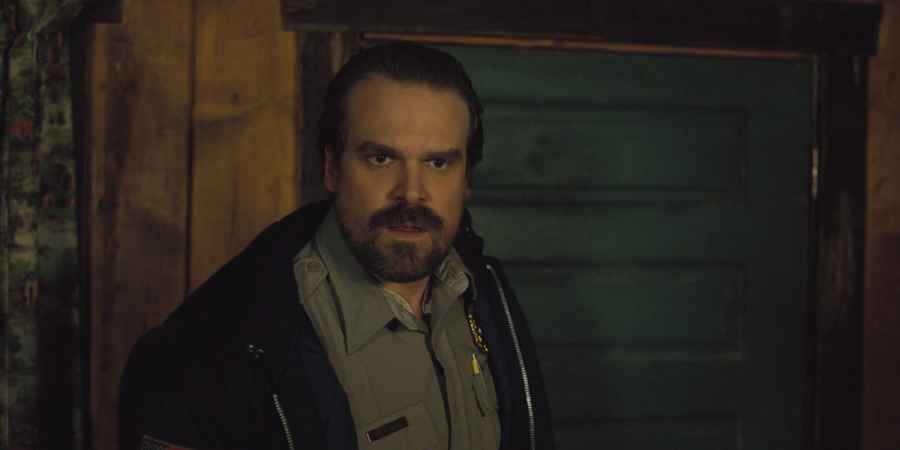 David Harbour has be lined up to appear in a new family-friendly supernatural movie, 'We Have A Ghost' for Netflix.
The 'Stranger Things' star will appear alongside '8 Mile' actor Anthony Mackie in the new movie, which will be written and directed by Christopher Landon.
Christopher is best known for writing the 2007 thriller 'Disturbia' and several of the sequels in the 'Paranormal Activity' series, as well as the 2017 comedy horror, 'Happy Death Day'.
The movie is based on the short story 'Ernest' by Geoff Manaugh and tells the tale of a man named Kevin, who discovers his new home is haunted by a ghost, who bears a likeness to the late American actor, Ernest Borgnine. After befriending the spirit, his ghostly attachment goes viral on the internet.
Things get a little more serious for Kevin when he teams up with the ghost to investigate the mystery of his former life, a mission that catches the attention of the CIA.

Landon, who teased on social media that production on the project has officially started, is no strange to the supernatural having written 'Paranormal Activity 2', 3, 4 and 'The Marked Ones'. However, the writer-director has confirmed that this movie won't be a horror, rather a more quirky take on the supernatural.
Described as a "socially mediated ghost story," 'We Have A Ghost' has been in the works since 2017. It will also star Jahi Di'Allo Winston, Tig Notaro and Jennifer Coolidge, best known for playing the iconic role of Stifler's mom. Plus Erica Ash, Isabella Russo, Niles Fitch, Faith Ford and Steve Coulter.
Add A Comment
Tags:
moviestopicalparanormal