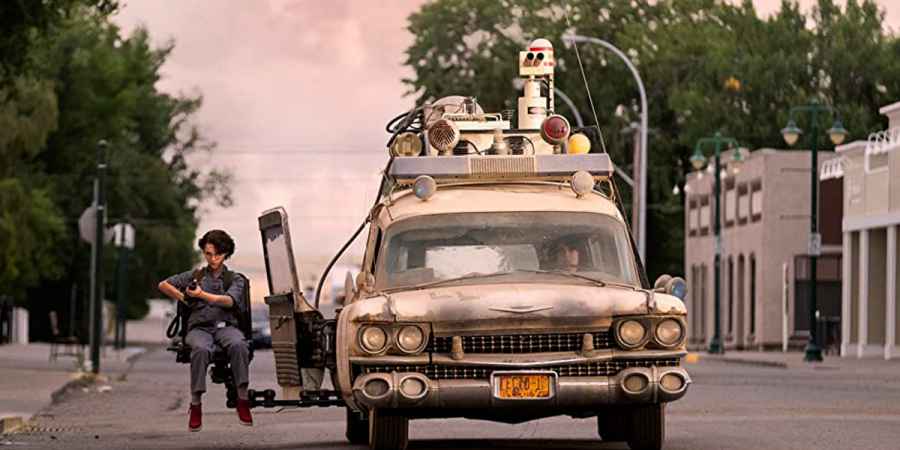 'Ghostbusters: Afterlife' finally comes to cinemas later this year. This time the action moves away from New York City and into the lives of a family living in a farmhouse in rural Oklahoma.
While this new setting may seem quite removed from the original 1984 movie, it's perhaps more closely linked than you might think.
Dan Aykroyd wrote the original film along with co-star Harold Ramis, but much of the plot was based on Dan's own upbringing as part of a family that were 'foot soldiers' in the spiritualist movement.
Dan's great-grandfather, Samuel Augustus Aykroyd, held weekly séances in their family home in Ontario, Canada. Dan's father, Peter Aykroyd came in to possession of all 83 of Samuel's journal of his paranormal studies. Peter turned these journals into a book, 'The History of Ghosts', published in 2009.
Dan, who provided the book's foreword, wrote that it was his family's early-1900s exploration of contact with the spirits of the dead that inspired 'Ghostbusters'. He said, "part of 'Ghostbusters' appeal derives from the cold, rational, acceptance-of-the-fantastic-as-routine tone that Bill Murray, Harold Ramis, director Ivan Reitman, and I were able to sustain in the movie."
The new movie is also very much about discovering the spectacular in an everyday surrounding, and proving it really is all about family's - it's Ivan's son who has co-written and directed 'Ghostbusters: Afterlife'.
The 2021 movie allows audiences to rediscover the wonders of original Ghostbuster, Egon Spengler's forgotten legacy through the eyes of his grandchildren. This mirrors Dan's own journey of discovery when his great-grandfather's journals were passed on to him. He wrote in the foreword to his father's book, "my brother Peter and I read them avidly and became lifelong supporters of the American Society for Psychical Research, and from all this 'Ghostbusters' got made." 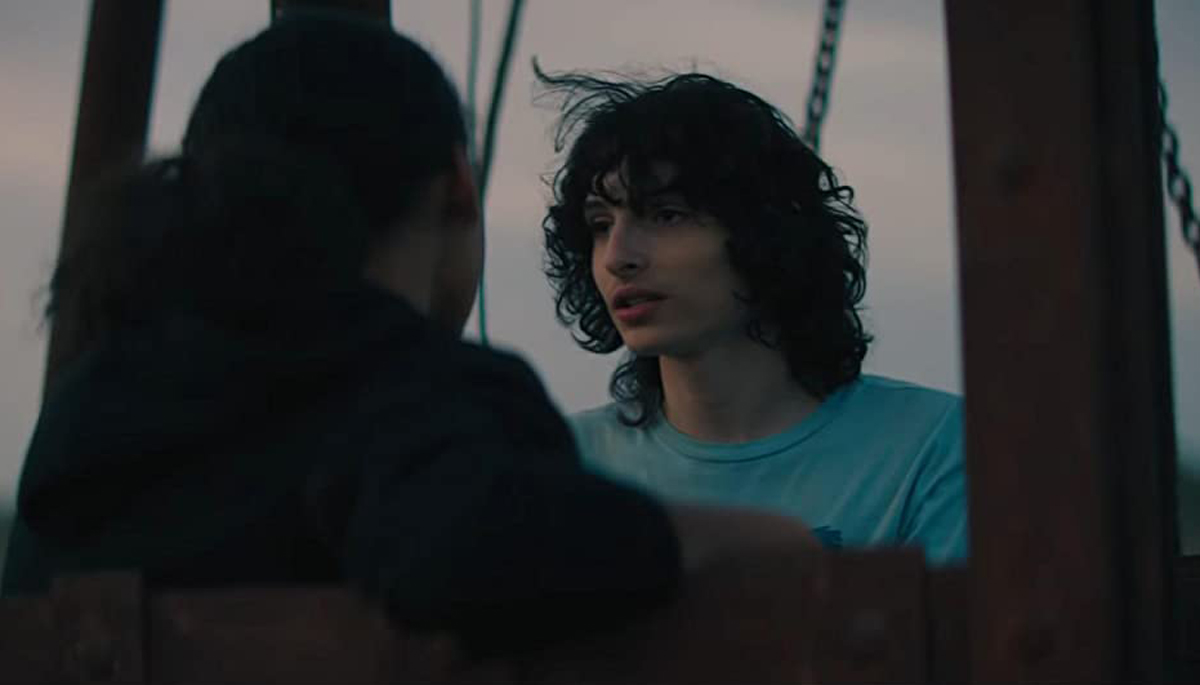 In 'Ghostbusters: Afterlife' the kids find themselves living in a creepy old farmhouse they've inherited in Oklahoma, which is seemingly packed full of their grandfather's old ghost hunting gadgets.
This is very much like the story Peter recounts in his book where he describes discovering his grandfather's old journals. He wrote, "my sister Judy and I had taken on the task of clearing out the family home in Toronto, the place where my grandfather, Samuel Augustus Aykroyd, DDS, had spent the last days of his life."
In the basement in an old, blue metal trunk they found his notes, "written in his own hand from 1905 through 1931 and containing thoughts, observations, and conjectures that he clearly had hoped might someday be shared with others."
Peter continued, "within the now fragile pages were handwritten copies of letters to his family and friends and to the editors of local newspapers. The majority of the words he recorded are actual accounts of séances."
While Samuel Aykroyd spent his final years in Toronto, his journals refer to the family's séances they held while living in a small farmhouse on the north shore of Loughborough Lake, near the village of Sydenham, Ontario. This conjures up images of a scene similar to the Oklahoma farmhouse at the centre of 'Ghostbusters: Afterlife'. 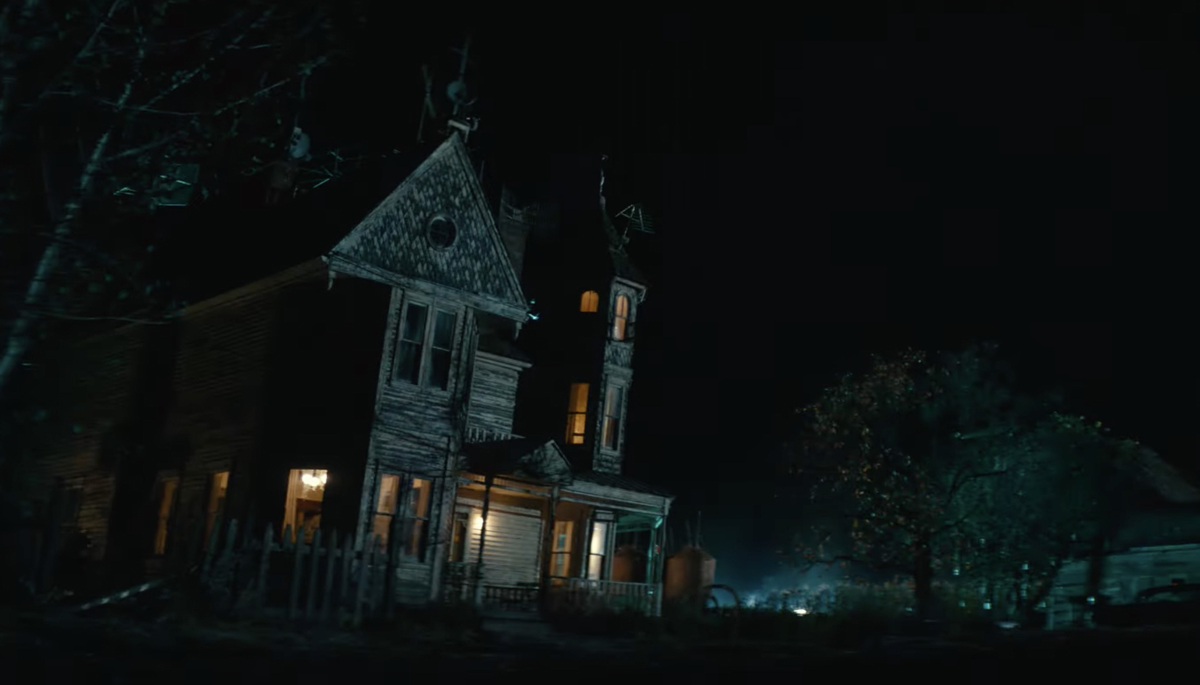 Although the farmhouses were in different locations, they do have one thing in common, a history of paranormal research waiting to be discovered within them. Director Jason said, "a lot of this film for me was the thrill of what it would be like to discover all these things in your home."
Talking about the move from New York to a country setting, Jason said, "historically, 'Ghostbusters' movies were always about people going into business, it was about people starting a ghost busting business together and I suppose I knew immediately from the beginning that I wanted to make a movie about a family." Which is why this next chapter in the original 'Ghostbusters' universe is a movie about the Spengler family.
The upcoming film will take fans on a mysterious journey that slowly reveals why Egon chose to spend his final years in this part of the country. It all starts when Phoebe finds her grandfather's ghost trap hidden beneath the floor in their home.
This journey of discovery in the paranormal realm is similar to that which Dan's father, Peter went on as a child.
Writing about his grandfather, Peter said, "one hundred years ago, he started keeping journals, diaries, letters, and opinion pieces on the subjects of spiritualism and psychic phenomena, based primarily on séances held in his home using a full trance medium."
The meetings of the Aykroyd's Circle took place around the beginning of the 20th century at a time when séances had become the highlight of the social scene. Peter wrote, "mediums and their subsequent investigators became big stars and spiritualism took on a distinct show-business aspect."
He added, "my grandfather created in me a lifelong interest in the paranormal, an interest that has proved to be enormously engaging and fun. I have passed it on to my sons, Dan and Peter, and it also resulted in a television series and movies, which have been the most fun of all."
In the same way that Samuel Aykroyd's research was passed on to a new generation, the same is now true of 'Ghostbusters'. Dan recently stated, "Jason Reitman wrote a beautiful, heartfelt script that takes the real DNA from the first two movies and transfers that directly to the third, the next generation. It hands the legacy off to a new generation of stars, and players, and actors, and characters."
Dan is set to appear in the 2021 movie, reprising his role as Ray Stantz, who we learn has returned to running his store, Ray's Occult Books, which was first seen in 'Ghostbusters II'. Given the Ottawa-born comedian's love for spiritualism and the occult, this seems like a fitting profession for his character.
Also making an appearance in the upcoming movie are Bill Murray, Ernie Hudson, Sigourney Weaver and Annie Potts, who will all cameo as their original 1980s characters.
'Ghostbusters: Afterlife' finally comes to cinemas in the US on November 11, in the UK on November 12, and in Australia on December 2.