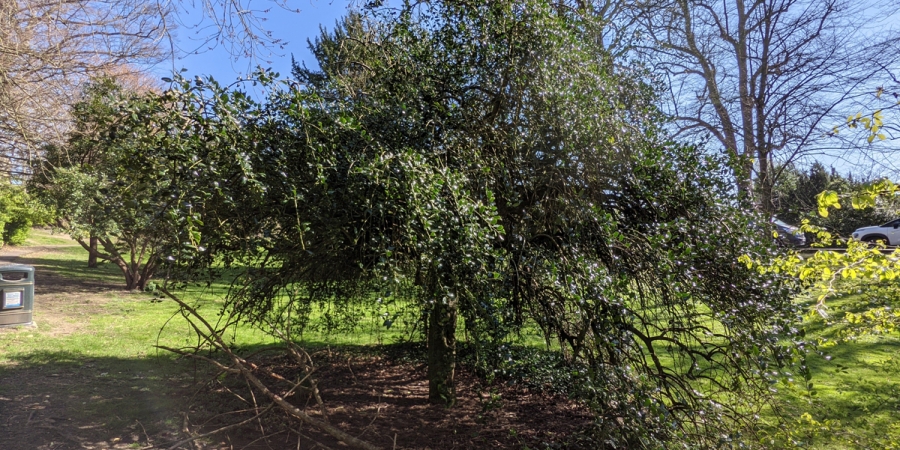 As someone who's always loved ghost stories and the paranormal, one of the standout memories I have of family outings as a child was a ghost walk of Bath.
I was about 13 at the time and attend the spooky guided tour of the historic Georgian city with my parents and two brothers. The most memorable part of the tour was a stroll around a haunted bush.
The normal looking holly bush wasn't much bigger than a large garden shrub back in the 90s. While reminiscing about the evening out with my mum and brother recently, we are all certain that we recalled walking around the bush and feeling an unexplained chill on the side of our body closest to the bush.
Ghost tours of Bath are still available, although I'm not sure if they're still operated by the same company or tour guides, so I decided to re-visit the haunted bush myself to see if it still held any paranormal magic.
I remember that the bush was near the famous and picturesque Royal Crescent and a pathway called the Gravel Walk, but after almost three decades it was hard to find the bush as the area looked so different. I did eventually work out which bush was the haunted one.
The holly bush in question is now more of a small tree and has grown so much that it has now spread and intertwined with a neighbouring bush making it impossible to walk around the bush as I had done with my family on the ghost walk. 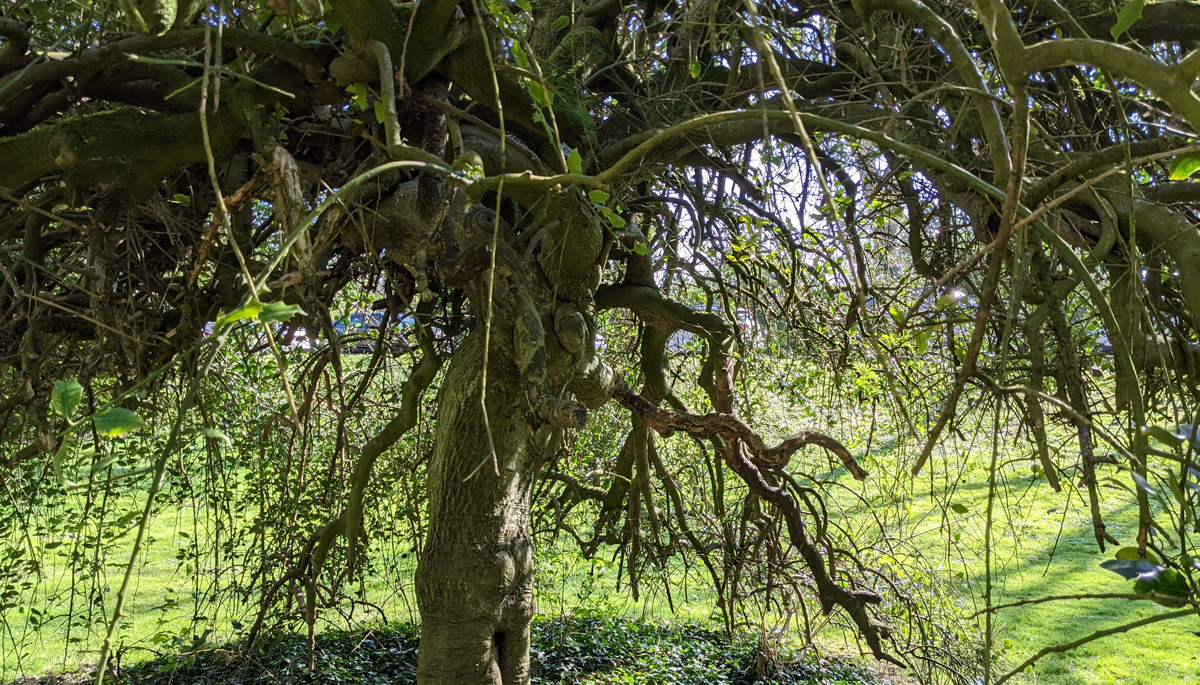 Located on the edge of Victoria Park, the bush is said to be situated on the site of the city's former duelling ground and the area is supposed to be haunted by a swordsman. According to our tour guide, the whispers of a sword-wielding dueller killed in battle are heard in this part of the park and a strange mist is said to emerge from the holly bush itself.
It's said that if you walk around the bush you feel a chill, something I remember doing as a kid. I recall we walked around the bush anticlockwise, I'm not sure if this was important or necessary, but we did feel a chill... or so we thought.
Today it's not possible to walk around the holly bush, although I did walk as much of the perimeter as I could. Nowadays, because the bush has matured into a small tree, it's actually possible to walk inside under it branches.
It's said that while under the holly tree female visitors have felt a phantom kiss on their cheek, while other feel as if their should has been touched by an unseen hand.
Apparently more recently tour guides have told visitors that if you are touched in anyway, this means that the spirit will leave with you and become your protector for the rest of your life. Of course if this was the case it would mean the ghost had probably gone off with someone by now and that the bush is no longer haunted - but it does make a good creepy story to stir things up on a ghost walk.
While walking around as much of the bush as I could and during my time inside the bush, I didn't feel anything. There was no chill or cold breeze like I remember feeling as a child. Perhaps this is because I was visiting the site in the daytime rather than an atmospheric visit at twilight... or maybe the ghost really had followed a young lady home to protect her.
The reason the old duelling ground is said to be haunted is because of the many fights that took place there, but not just this, it's said that the wounded were taken to a triage tent which stood roughly where the holly bush stands today.
There have even been sightings of an apparition here. The figure of a swordsman has been seen nearby, he appears to take a defensive stance before vanishing into thin air.
The nearby Gravel Walk is also said to be haunted by the ghost of a white haired man who has reportedly been seen several times, but also suddenly disappears.
Add A Comment
Tags:
ghostssomersetparanormal