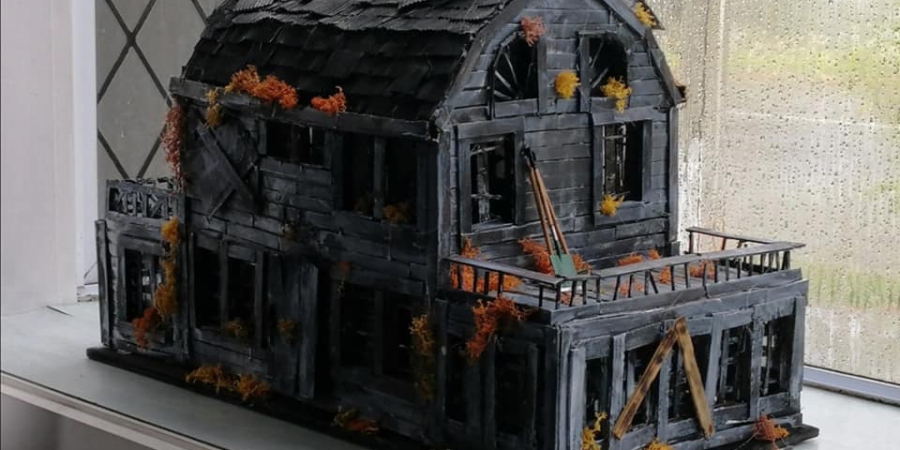 A fan of horror movies from New Zealand has put her creative abilities to use making detailed models of haunted houses from Hollywood films.
Nicole's hobby of making handmade haunted houses has started turning heads online. Her cardboard and wooden stick models are inspired by classic horror flicks like 'Amityville Horror', 'Psycho' and Stephen King's 'It'.
So far, Nicole has created Norman and his late-mother's creepy house, which famously stood alongside the sinister Bates Motel in Alfred Hitchcock's 1960 classic, 'Psycho'. The exterior of the gothic-looking Second Empire Victorian house seen in the movie, and its sequel 'Psycho II', was built especially for the movie. The set still at Universal Studios Hollywood. 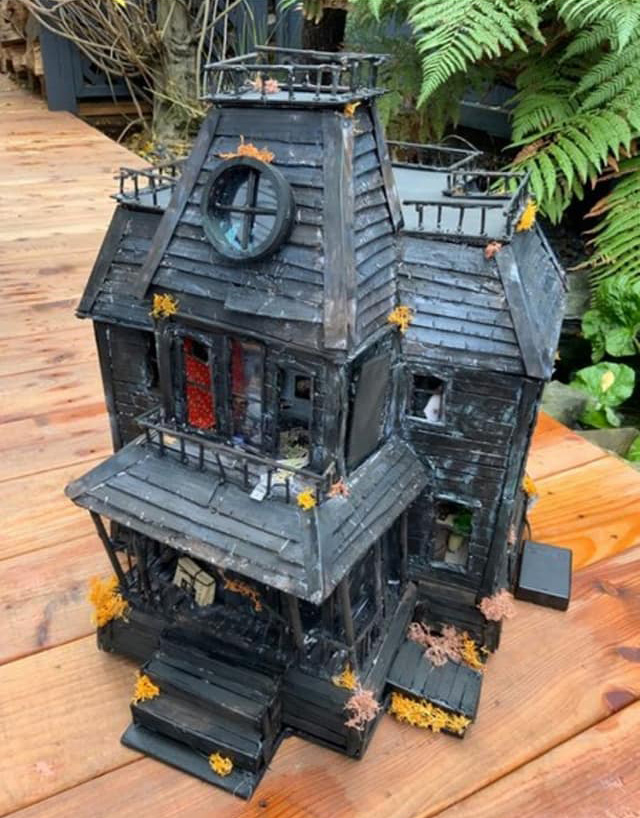 The model maker has also created an abandoned version of the famous Amityville house, the real-life Dutch Colonial house in Long Island, New York which inspired Jay Anson's 1977 book, 'The Amityville Horror', as well as a string of movie adaptations. 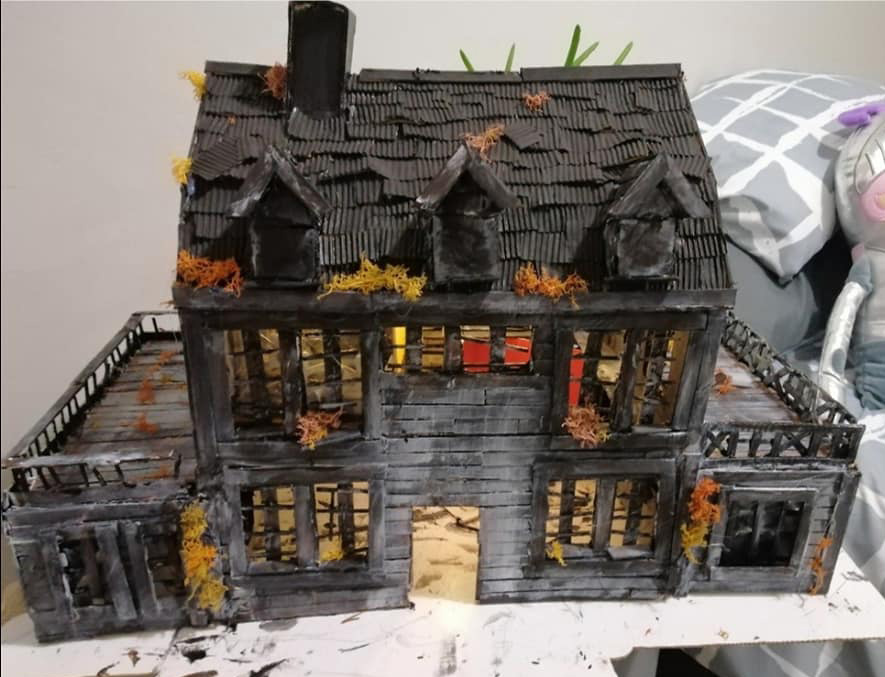 The real house was once home to Robert DeFeo, who was convicted of murdering his father, mother, two brothers and two sisters with a shotgun in the house in 1974.
Nicole's highly-detailed model of the infamous house has five internal rooms that you can peek inside of, each lit by battery-powered lights. DeFeo's murder weapon is hidden inside one of the rooms. 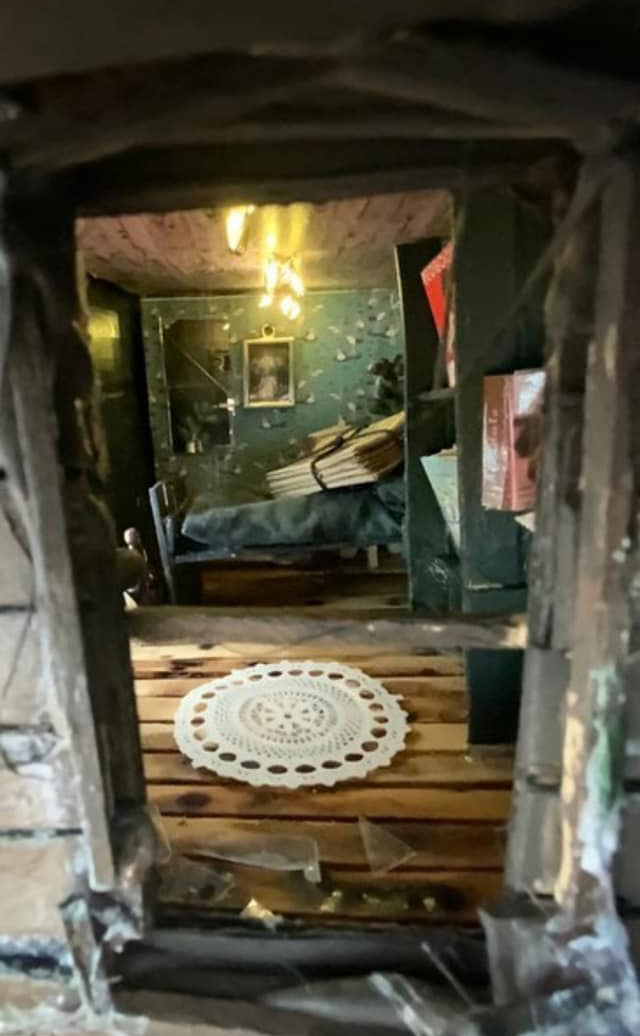 Building these creepy models started off as a hobby for Nicole, who started posting photos of her creations on her Facebook page, Haunted Horror Houses. Nicole sells her haunted Hollywood houses through the Facebook page and can also build recreations to order. The houses are built on a wooden base and their internal lights make the models a great lamp. 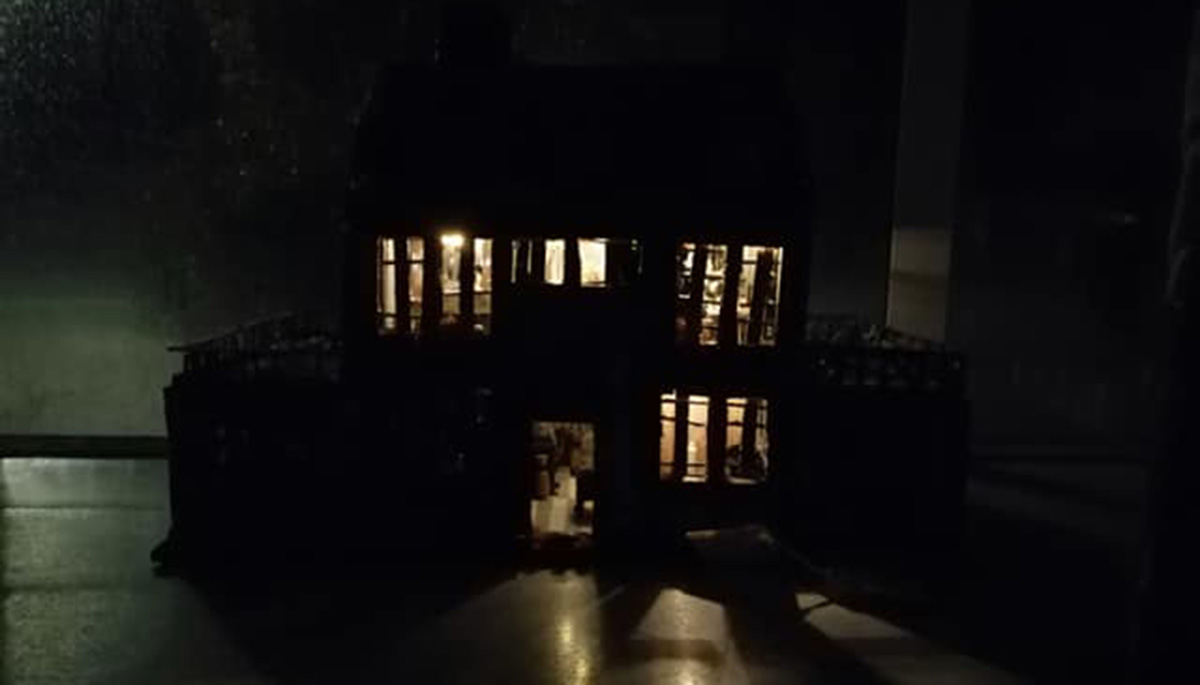 Nicole is currently working on the imposing haunted house from Stephen King's 'It'. Well House, which looks like a classic haunted house, is a key location in the movie. Situated on Neibolt Street in the town of Derry, the misfit kids enter the house to gain access to the sewers, where killer clown Pennywise hides.
You can see more photos of Nicole's amazing models and keep up to date with which houses she has for sale on her Facebook page, Haunted Horror Houses.
Add A Comment
Tags:
horrormovies

Check Out The Trailer For New Borley Rectory Movie