Is today Back to the Future Day?

Last week the buzz on the internet was that Justin Bieber died in a horrific car crash, today it's that 5th July 2010 is Back to the Future Day... it's not, let me explain. 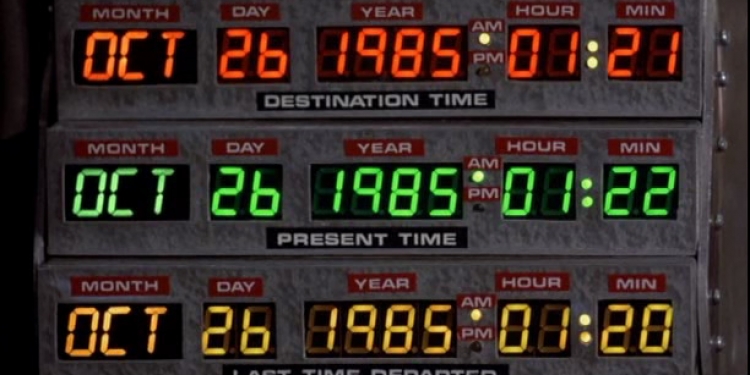 The story goes that when Doc and Marty are in the car park near the beginning of the film Doc says that he is going to go 25 years in to the future, the movie was set in 1985 so of course that means the Doc would pull up in his DeLorean in 2010 – this year.

Because of this Twitter has been bussing with talk of today being BTTF Day but it’s not.  Before Doc tells Marty about his trip to 2010 Doc shows Marty how the time machine works and throws a few random dates in , first 4th July 1776, the signing of the Declaration of Independence, then the birth of Christ and then March 19th 1955, the day he invented the time travel.

Then the bad guys arrive, the Libyans, after the Doc gets shot Marty jumps in to the car, accidently engages the time circuits and ends up at the last date the Doc entered – 1955.

So you see, if the Libyans hadn’t have shown up the Doc WOULD have visited 2010 but he never entered today’s date in to the DeLorean’s systems and as for where 5th July came from, I have no idea.