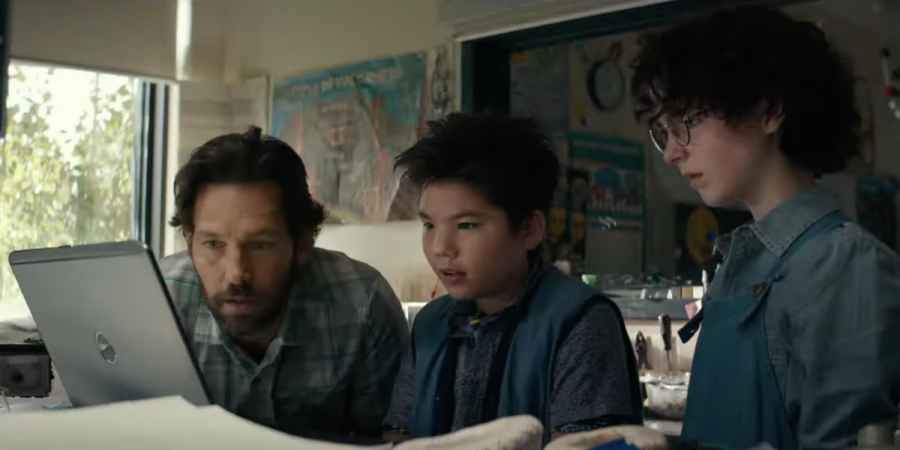 Jason Reitman, the director and co-screenwriter of the upcoming 'Ghostbusters' movie has broken down the Easter eggs and secrets of the trailer for the new movie in an exclusive for IGN.
The new trailer shows Egon's grandkids, Phoebe and Trevor played by Mckenna Grace and 'Stranger Things' star Finn Wolfhard. In the two-and-a-half-minute-long trailer they are seen uncovering their forgotten legacy as the creepy old Oklahoma farmhouse they've inherited is seemingly packed full of their grandfather's old ghost hunting gadgets, including old ECTO-1 rusting in a barn.
These new discoveries look like they'll come in handy as the town they living is undergoing strange seismic activity despite the fact the town has no fault line and is nowhere near a tectonic plate. Before long, the town is overrun by the living dead, despite there being no ghost sightings in 30 years.
'Ghostbusters: Afterlife' finally comes to cinemas in the US on November 11, in the UK on November 12, and in Australia on December 2. You can watch the full trailer below...
Jason shared the details of the trailer in an exclusive breakdown video for entertainment website, IGN. Movie fans might recognise Jason's name as the director of films such as 'Up In The Air' starring George Clooney, 'Juno' featuring Ellen Page and 'Front Runner', but to 'Ghostbusters' fans, that surname is very significant.
Jason's father is Ivan Reitman, who directed the original 'Ghostbusters' in 1984 and 'Ghostbusters II' in 1989. Jason tweeted "Finally got the keys to the car" in reference to taking over the franchise from his father.
You can watch Jason's full 15-minute-long breakdown of the trailer's premiere below...

In the video, Jason said "historically, 'Ghostbusters' movies were always about people going into business, it was about people starting a ghost busting business together and I suppose I knew immediately from the beginning that I wanted to make a movie about a family." Which is why this next chapter in the original 'Ghostbusters' universe is a movie about the Spengler family.
As well as the move from paranormal startup to family film, the other big change in this movie is the location. Jason explains, "obviously the franchise is synonymous with New York City, but we wanted to go someplace new, we wanted to go to the American west, we wanted to go to farmland." This ended up being the fictional town of Summerville in Oklahoma. 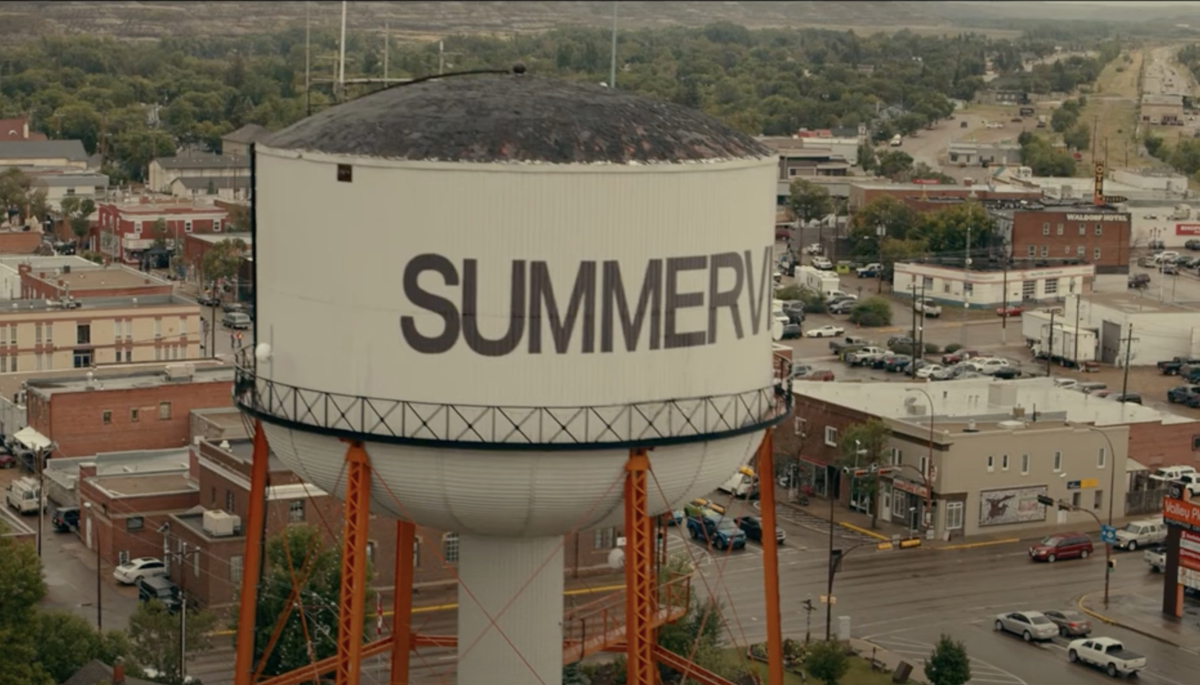 The trailer opens with a shot of Mckenna Grace's character, Phoebe, who is established as an outsider. Jason told IGN, "these movies have always been about outsiders who discover themselves through ghost busting. Ghost busting has never attracted the people who are traditional heroes, they don't look or feel like superheroes."
The first throwback to the original 1984 film we see in the new trailer is a ghost trap that Phoebe finds hidden under the floor in her new home. Jason said, "my connection with 'Ghostbusters' always had to do with this ephemera. It was the packs, it was the traps, it was the car."
He added, "a lot of this film for me was the thrill of what it would be like to discover all these things in your home," which is exactly what happens to Phoebe and Trevor in the film, as well as Paul Rudd's character, school teacher Mr. Grooberson, who remembers the legacy of the Ghostbusters well. 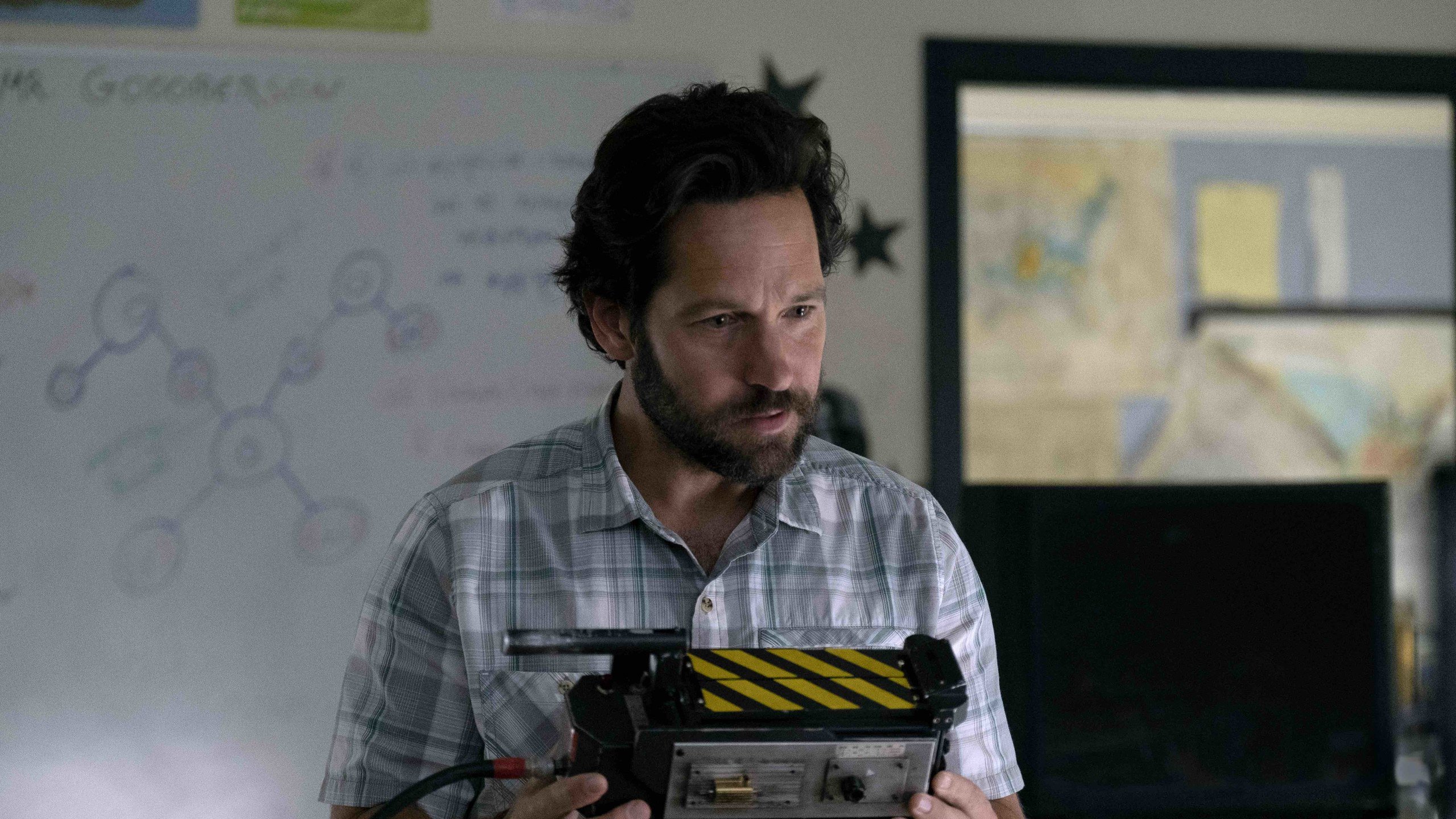 In a previous trailer, Rudd picks up a ghost trap and says, "woah, killer replica," and this couldn't be more true. Jason said, "it was very important to me right from the beginning that we are really paying homage to the original film and trying to recreate it to the best of our ability using old techniques when necessary."
This involved accurately measuring the old props and recreating every detail, Jason explained, "we tried to get them down to the screw, down to the rust."
Jason credits his father for the brilliance of the original props, "I really have to hand it to my father, when they made 'Ghostbusters' they made all these beautiful original choices that makes the film stand out years later. And it's not just how funny it was, it was the way the creatures looked, it's the way all the props operated and sounded."
He said, "you're going to be finding all these kind of mirror images to the '84 film. Sometimes it's going to be how the actual shot is composed, sometimes there's little references in Easter eggs."
As the trailer continues, we're reintroduced to a character from the original films. 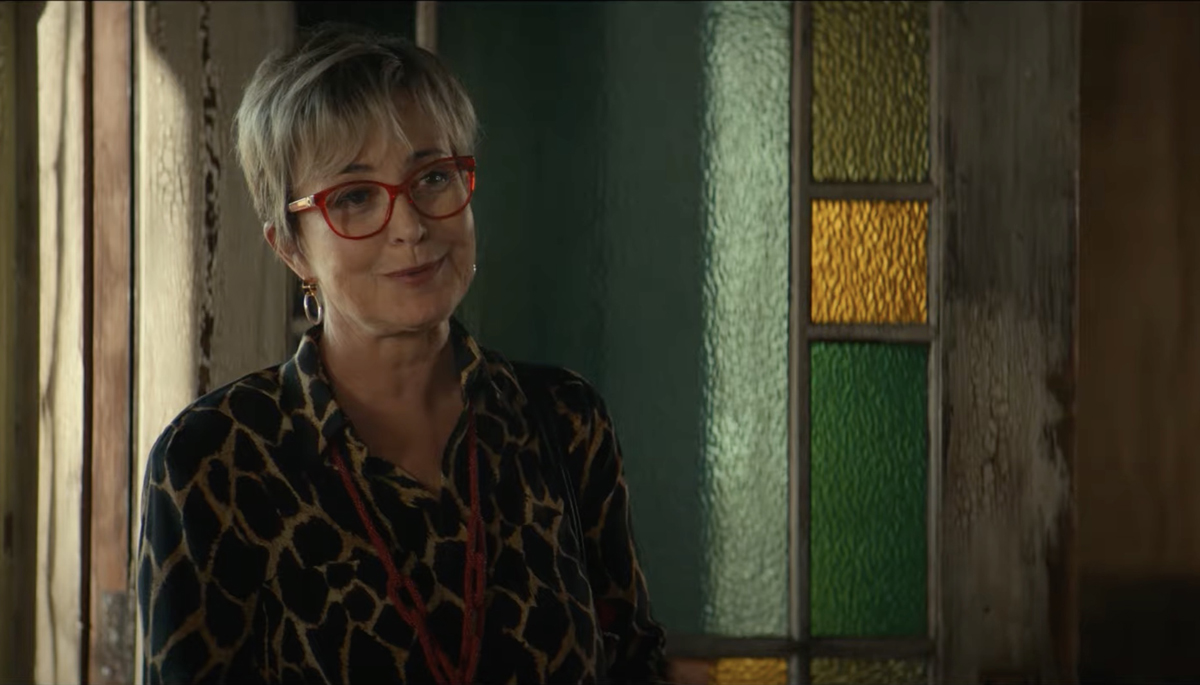 Talking about Annie Potts returning as Janine Melnitz in the 2021 movie, Jason said, "there's nothing more thrilling than being reintroduced to the characters we love from the films that we grew up on and it was really exciting to work with Annie Potts again on Janine."
He teases, "we get the sense that Janine is still connected to Egon Spengler. In the '84 film she was in love with him and clearly she still has a connection to him." Perhaps fans will finally find out what happened between them, did they ever get married?
One of the standout moments of the trailer are the shots of the old Ghostbusters' car tearing around in a wheat field.
Jason said, "we rebuilt ECTO-1 from the ground up, put a Corvette engine in it and made it so that we could do all these things practically. So, we spent a whole afternoon doing donuts with the ECTO-1."
The car scene, as well as many of the effects in the movie were achieved through practical methods rather than CGI. Jason said, "we wanted this to feel like the original recipe and that came down to old filmmaking techniques being employed by people who just loved the craft of movies." 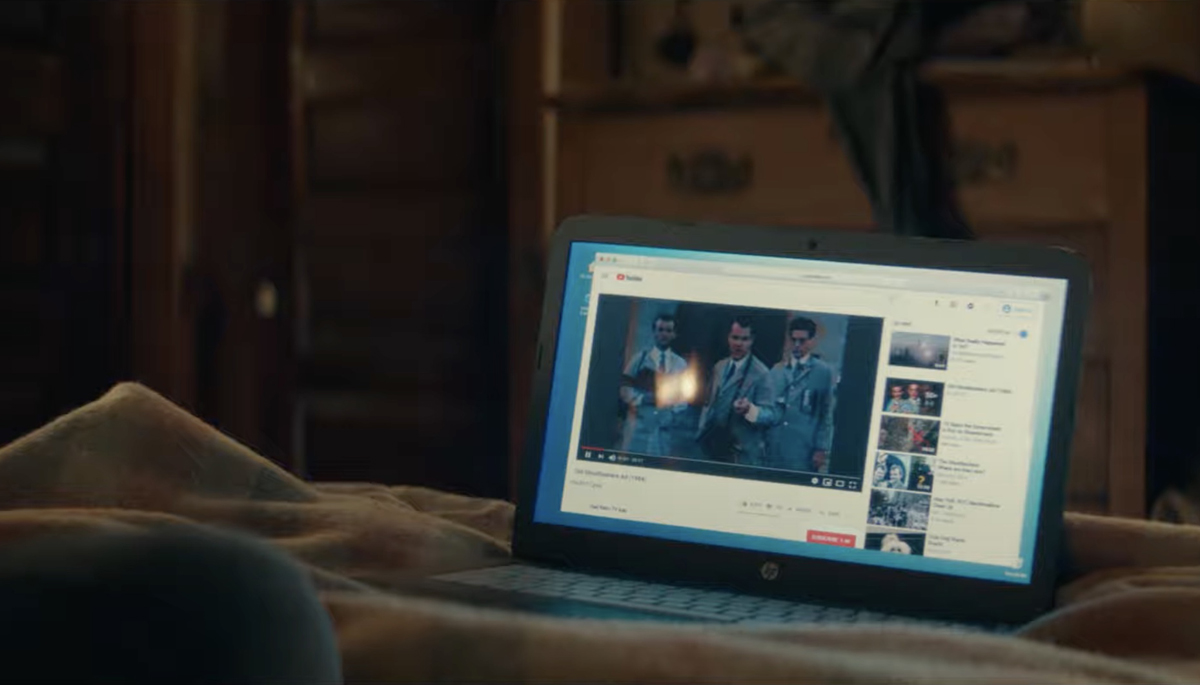 Then comes the next 'Ghostbusters' throwback in the trailer. We see Phoebe sat in front of a laptop watching the Ghostbusters' original corny television commercial on YouTube. "It really gives you a sense of how little she knows about her family," Jason says.
He explains, "the movie takes place in real time and much like anything that happened in 1984, if you grew up a child of the 2000s like my daughter who is Phoebe's age, you really don't know that many things that happened in the 1980s."
He added, "this would be the way you found out about them, you'd go online and just like many things these days there would be people who believed and then there would be people who didn't believe and there'd be conspiracy theories." 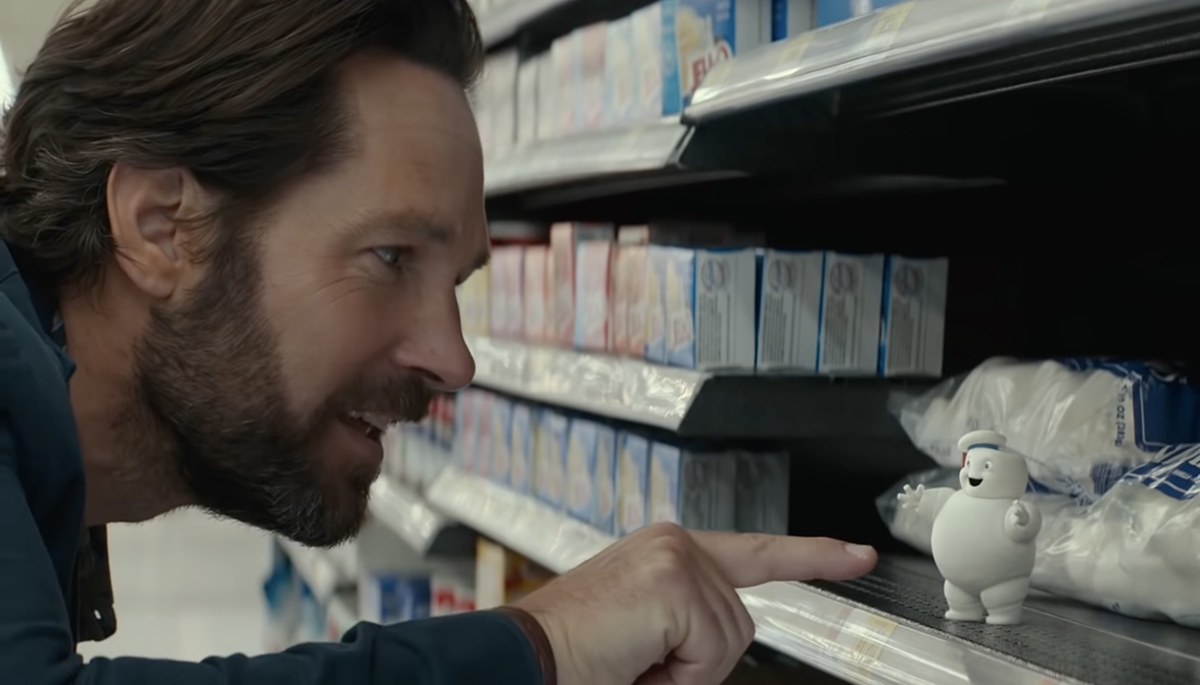 The trailer then reveals the new incarnation of Mr. Stay-Puft, who's gone from being a towering manifestation of the apocalyptic Sumerian deity Gozer to Mini-Pufts, which Jason describes as "gremlin-like creatures who enjoyed watching the world burn."
Jason adds that the new Mini Stay-Pufts are like "curious five-year-olds who wanted to break everything, who didn't feel pain and as a result could truly torture each other."
The next throwback to the 1984 film is a bit more subtle. A shot shows spectral pink streaks of supernatural energy flying around the sky above Summerville. Jason said, "anyone who's a fan of the original film will recognize those pink streaks from 1984. We actually found the original special effects 70mm footage and scanned it."
Next we see a new incarnation of the terror dog, which originally hunted down Louis Tully and captured Dana Barrett in their apartment building on Central Park West. This time round the iconic 'Ghostbusters' monster has been recreated using a mix of puppetry and CGI. Jason says, "there's a spectral form of the terror dog as well in this trailer." So that's what that is! 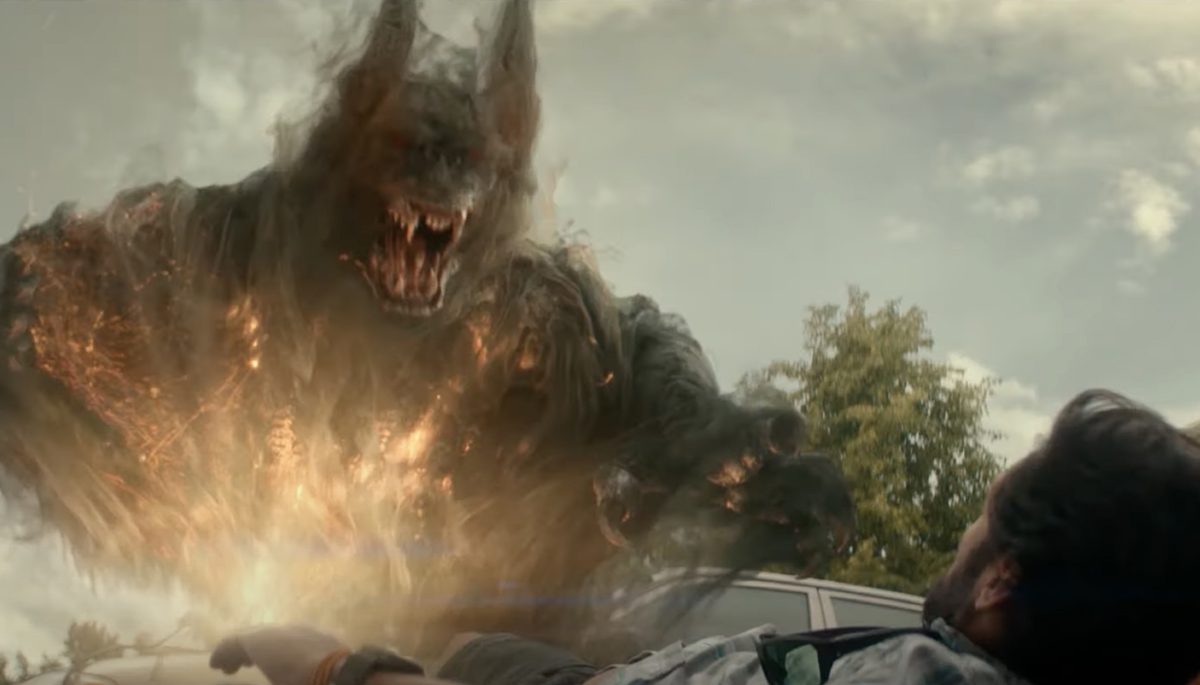 Towards the end of the video, Jason introduces us to Muncher. A chubby greyish ghost that's seen being hunted down by the kids in ECTO-1.
Jason said, "we knew that he would be of the same free-floating class of slimer, we knew that he would be kind of just as old and tissue-y and angry."
The new trailer ends with a red phone ringing in an occult book store. A hand picks up the phone and tells the caller "we're closed." 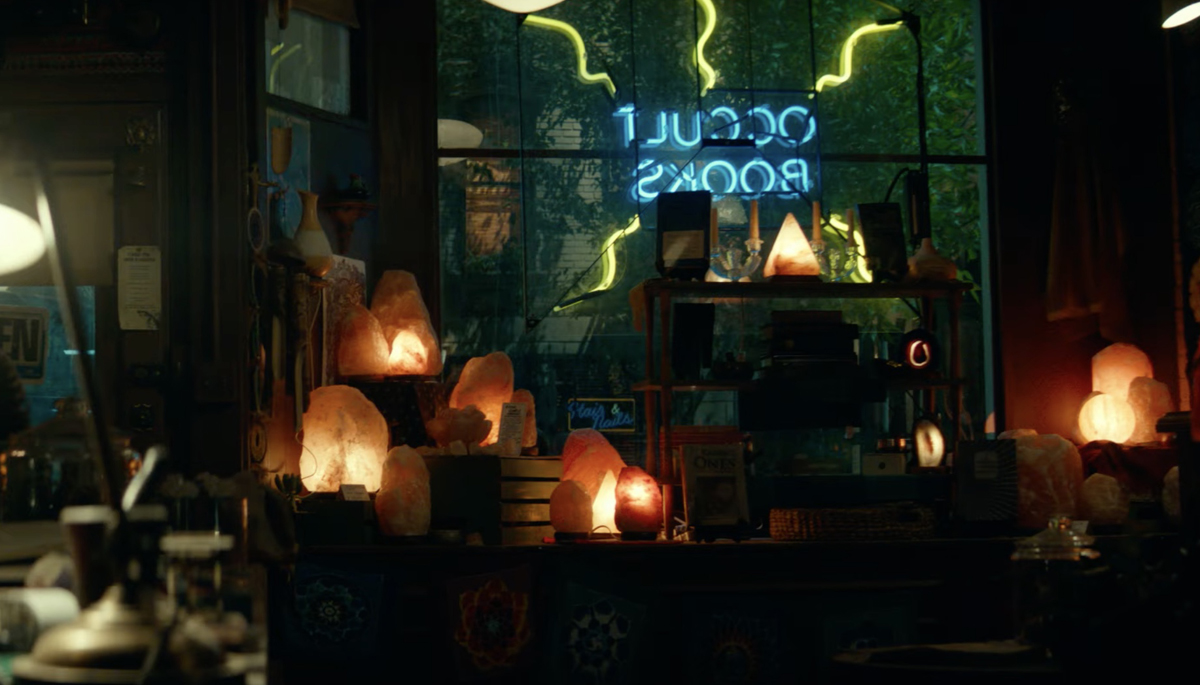 Of course, this is the hand of Dan Aykroyd who returns as Ray Stantz. The scene takes place in Ray's Occult Book store, which first featured in the 1989 sequel, 'Ghostbusters II'
Jason said he's been "pretty coy" about the plot of the new film from the beginning. He added, "I've kept it like a very close secret to my heart and part of that is because I feel like I'm not only carrying the Spengler story, but I'm carrying my own family story. It's been a long wait for me as it has been for anyone who has anticipated the next 'Ghostbusters' film."
Jason sums up the new movie by saying, "at the end of the day ghost busting has always been an opportunity for outsiders to be heroes, for a group of unlikely people to come together and do something spectacular."
He added, "the way that we bust ghosts in this film really brings these young people together in a way that I think is thrilling."