The Last Jedi Vs. Fantastic Beasts: Who Did Creatures Best? 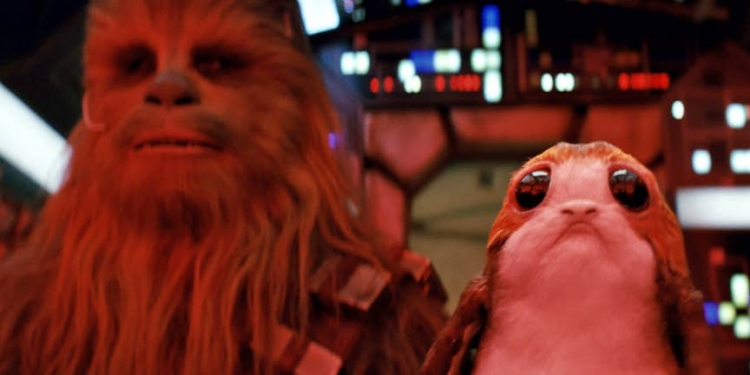 J. K. Rowling's dreamt up some pretty magical weird creatures for the 2016 movie, 'Fantastic Beasts And Where To Find Them', but does the latest Star Wars movie, 'The Last Jedi' out do JK's menagerie?
There are a total of 26 fantastic beasts in the Harry Potter spin-off, there aren't quite some many alien beasts on 'The Last Jedi' but some of the alien critters are clear rivals to the ones found in Newton Scamander's suitcase. 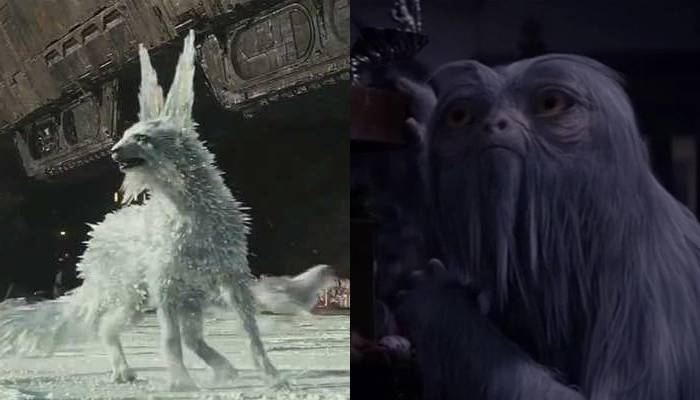 'The Last Jedi' introduced us to an elegant sparkly fox-like creature called a Vulptices. They live in burrows beneath the surface of the salt-covered mineral planet of Crait. They look like Earth foxes, except their fur is made of thin crystals.
Their closest rival in the Fantastic Beasts world is the Demiguise. Like the Vulptices, the Demiguise is majestic creature of a similar colour but there are a few differences, for one the Demiguise is less sparkly and has magical powers. They're invisible most of the time and have precognitive sight, the only way to catch them is to do something completely unpredictable. 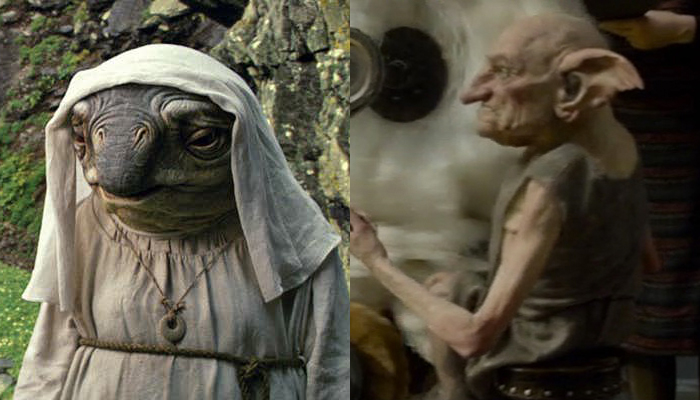 Another creature which pops up throughout 'Fantastic Beasts' are house elves, a familiar part of the Harry Potter universe. In the movie elves can be seen working in the Magical Congress of the United States of America's headquarters and an elf barman serves up the giggle water from behind the bar in the speakeasy, The Blind Pig.
In 'The Last Jedi' it's the Lanai who are the hardest working creatures, it's the role of these short amphibious race to maintain the Jedi temple on Ahch-To, where they're known as the Caretakers. 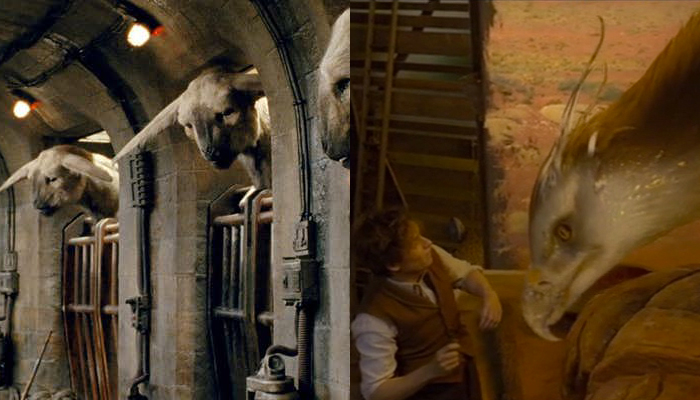 In 'Fantastic Beasts', Newt's main reason for visiting the United States was to take a Thunderbird named Frank back to its natural environment. Thunderbirds are large birds closely related to the Phoenix, which can create storms as they fly.
Their most closely matched creature seen in 'The Last Jedi' is the Fathier. Like the Thunderbird, they're large creatures, but have sleek fur rather than feathers, and huge ears. In the movie we see them on Canto Bight where they're raced for profit. 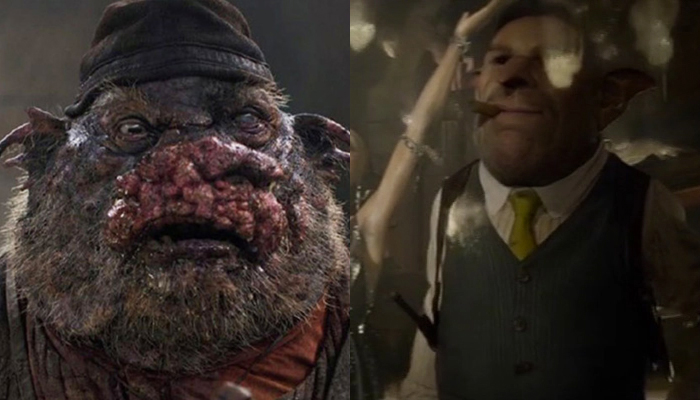 Goblins are another familiar creature in the Harry Potter universe, they're not the most attractive of creatures but compared to the Cloddograns, a race who we see in 'The Last Jedi' tending for the Fathierson Canto Bight, they're super models.
In Fantastic Beasts we meet a very talented jazz-singing Goblin at The Blind Pig Speakeasy, where we also encounter Gnarlack, a well-connected goblin gangster who runs the venue which is located at 124 Macdougal Street in New York.
The Cloddograns do less to help the community, the one we meet in 'The Last Jedi' doesn't treat the Fathierson well, he's seen beating the horse-like creatures and has enslaved young children to help him look after them. 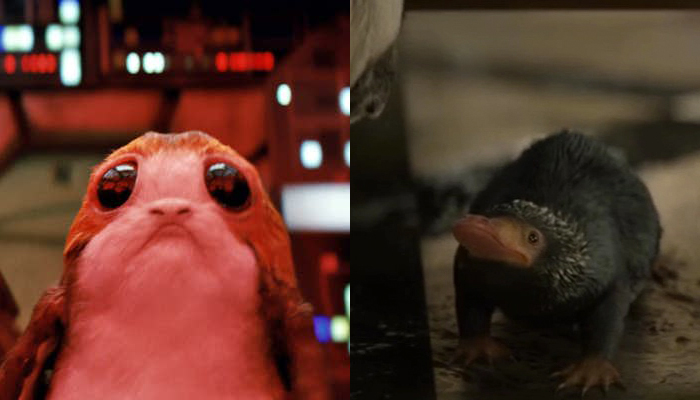 Porgs and Nifflers are the cuties of the two franchises. In 'Fantastic Beasts', Nifflers have long, duck-like snouts and black, fluffy fur. They look cute, but these little creatures are capable of wreaking havoc when let lose. Just like magpies, they are attracted to shiny things and have a pouch on their bellies where they store the treasures they pilfer.
Porgs are another creature found on Ahch-To, they're puffin-like creatures and they're also pretty cute, with the big black eyes, stout bodies, and stubby little wings. In 'The Last Jedi' Star Wars favourite Chewbacca befriends a Porg... although it is a little bit of a love–hate relationship.
Tags:
moviesscience fictionharry pottercreatures