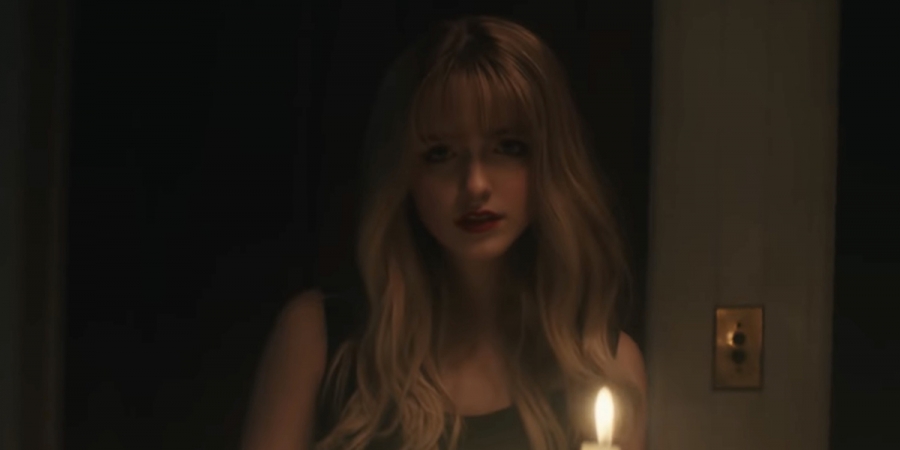 'Ghostbusters: Afterlife' star Mckenna Grace has premiered the music video for her debut single, 'Haunted House', which features in the movie's soundtrack.
If you've seen 'Ghostbusters: Afterlife', then you might have noticed that 15-year-old Mckenna's name appears twice in the end credits. Of course she plays Phoebe, granddaughter of Egon Spengler in the reboot of the supernatural comedy franchise.
But the teen star, who clearly has unbounded talent, is also credited as the writer and performer of a song called 'Haunted House', which plays during the movie's credits and serve' as Mckenna's musical debut.
The 2021 Jason Reitman film revolves around Phoebe, as it is her journey of discovery as she uncovers the forgotten legacy of her grandfather. Mckenna has some great lines in the film, which are delivered in the same deadpan style as Egon in the original movies.
To tie in with the movie's release, Mckenna has released her debut single, 'Haunted House', complete with a fitting music video and the catchy chorus "a ghost never leaves a haunted house."
Speaking about the song to ET, Mckenna said, "over the pandemic, I went through a rough time in my personal life, and I wanted to write a song about how even after someone’s not in your life anymore, their memory never really leaves you." She added, "you could take it as a breakup song, but it could also be about a friend or a family member or any kind of relationship that’s ended."