How To Watch A Moonset 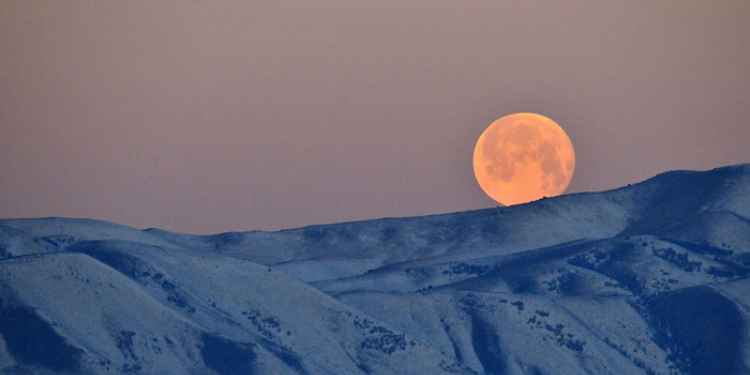 Photo: pixabay.com
I've just got back from a camping trip with a group of friends. As you do when in the great outdoors, we sat on a beach around a fire we'd built while one of us played the guitar. We looked out over the ocean as the Sun went a deep red and set over the horizon, but then we noticed the Moon slowly creeping across the sky and heading towards the horizon too. We were about to witness a moonset and weirdly none of us had ever seen the Moon set before.
There were seven of us on this camping trip, we have a combined age of about 240 but in all those years not one of us can ever recall seeing a moonset. Which got us wondering, why is that? Had we stumbled across a rare lunar phenomenon or had we just never sat watching the sky long enough to notice it before?
We also debated whether it's ever possible to see a full Moon set and wondered what that might look like.
Of course the sun rises and sets every day, so logic would suggest that the Moon does too... and that is the case. But, the Moon is only visible for around 25 days of the month. The other few days the Moon is in between the Earth and the Sun, only the side of the Moon facing the Sun gets light, the side facing Earth remains dark and it is therefore invisible to the naked eye.
During the part of the month when the Moon is visible, it goes through various phases. Starting out as a crescent which gets bigger night-by-night until the whole or full Moon is visible. Then the full Moon once again shrinks down into a crescent until it's again no longer visible.
The Moon can rise and set in any of these phases but some are easier to see than other and there is a correlation between the phase of the Moon and the time the Moon sets.
New Moon Set
When there's a new Moon in the sky, it's not visible at all. When in this phases the Moon rises along with the sun at dawn, by noon it is directly overhead and then it sets at sunset but all you'll see is the regular sunset, there will be no Moon in sight.
First Quarter Moon Set
When the Moon is in its first quarter phase as a crescent, it will rise around noon and will be directly overhead at sunset. It's during this phase that you might spot the Moon in the evening sky even though the sun is still up. A first quarter Moon will set late in the evening or around midnight.
Full Moon Set
When the Moon is visible as a whole Moon it rises at sunset, it will appear to be directly overhead by midnight and will set at sunrise. So although a full Moon does set and will be visible on the horizon, it only happens for a few days a month and occurs at a pretty inconvenient time of day, early in the morning.
Third Quarter Moon Set
When the Moon returns to a crescent shape after the full Moon, it doesn't rise until midnight and it sets around midday. At this time of day it would be hard, if not impossible to spot the Moon in the sky.
These times are approximate and might vary by a couple of hours. But basically it means a third quarter Moon always sets around midday in full daylight. A full Moon will only ever set in early in the morning. And a first quarter Moon set, which is what we saw, occurs late in the evening, for us it was around 22:30.

What Happens When The Moon Sets? 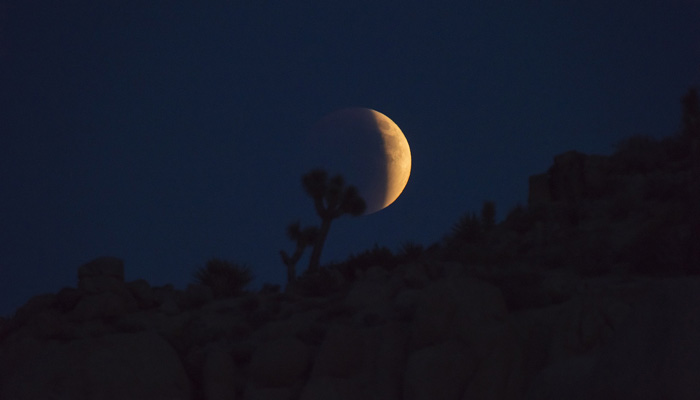 Photo: pixabay.com
Although it was quite a special moment to sit on the sand and watch the moon drop below the horizon, I have to admit that the moon set wasn't anywhere near as beautiful as the sunset we witnessed a couple of hours previously. This is probably the main reason why moonsets often go unnoticed. The Moon on the horizon is simply less visible than the Sun is.
In the same way the Sun goes through shades of orange and deep red as it gets lower in the sky, so too does the Moon. Although in the case of the moon, it's slightly more subtle as the Moon is much less bright.
This change in colour is caused by "Rayleigh scattering", it's the same principle which explains why the sky appears to be blue. At sunset the Sun appears red because the Sun's light is traveling through more atmosphere, light in the blue part of the spectrum scatters in the air, leaving just the reds.
Unlike the Sun, the Moon isn't a light source itself, it's only visible because it reflects sunlight. So, when the Moon is setting on the horizon, the sunlight bouncing off of the moon appears reddish in just the same way.
However, the setting Moon isn't bright enough to paint the sky in hues or red and orange, it doesn't really light the clouds in any noticeable way. This is another reason why moonset don't get noticed. If the Moon sets behind a hill, mountain or buildings, you wouldn't see the colouration of the sky in the same way as you would during a sunset.
Due to the lower light levels, it's also much harder to photograph a moonset, this is the reason why you've probably never seen your friends post photos of the setting Moon on Instagram. 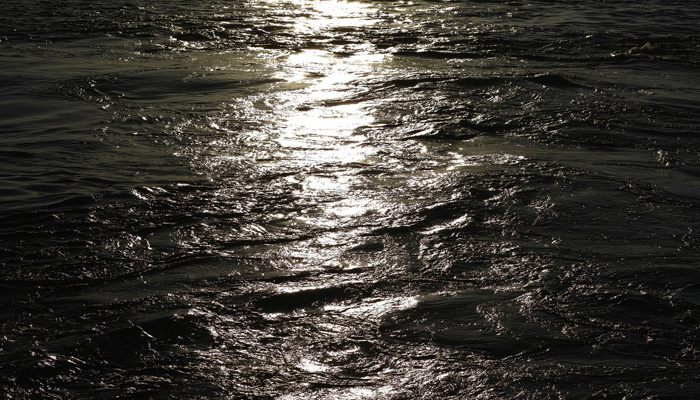 Photo: pixabay.com
One amazing thing we did notice during the moonset was the magical shimmering path of moonlight on the ocean. Due to the nature of reflection the path looked like it only existed for us and was headed straight to our spot on the beach.
It almost looked as if you could have stepped on to the moonlit water and walked out to sea on the shimmering pathway into some fairytale kingdom. Unsurprisingly, the idea of walking this magical pathway has found its way into works of fiction.
In Caitlin Spice's 2017 book 'The Silver Path' she writes: "Walking to the beach just down from the camping site, we could see the lambent silver light of the rising moon carving a shining white path across the surface of the sea."
"Laughing, Helen declared that it was the fairy road to the citadel, and she walked into the way, her eyes fixed on the imaginary castle hanging under the horizon. When she did not sink into the waves, I felt a jangle of electricity pass along my spine."
"Starting at the solid, silver-lit water under her bare feet, Helen beckoned me forward to join her." 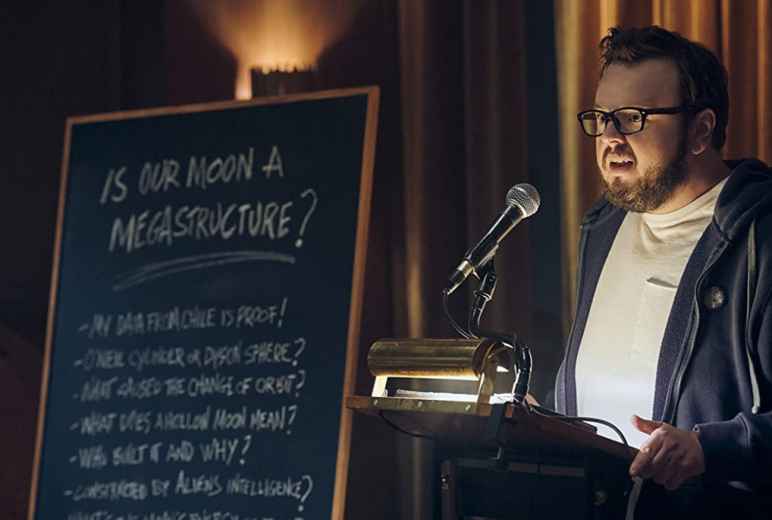