New Documentary Questions The Possibility Of Life After Death 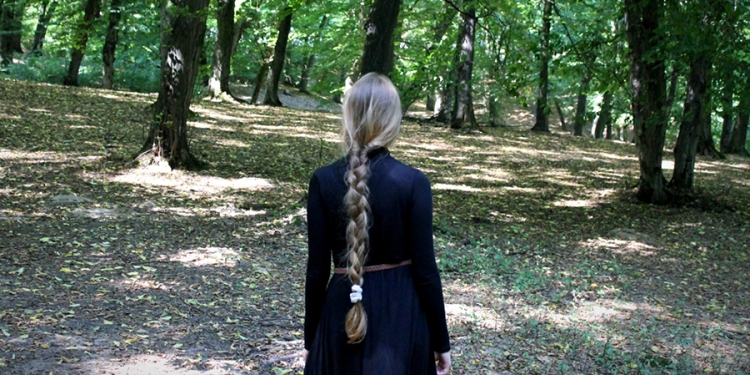 It's a question we may never get the answer to, but one paranormal enthusiast has set out on a two-year journey to discover whether there really could be life after death. 'In Search of the Dead' follows Laura Rowton, a 24-year-old open-minded sceptic who runs the online paranormal research project, 'The Paranormal Scholar'.
The self-funded documentary is available to watch now on Vimeo, and despite the fact that Laura and her husband, Erik, have no previous experience in filmmaking, the documentary is produced to a very high standard. It is a fascinating watch and a truly interesting and balanced insight into some of the most common beliefs within the paranormal field. A must-see for any paranormal investigator.
The documentary's title conjures up images of a spiritual film about ascending into the light at the point of death, but actually the film is an interesting fusion of paranormal investigation, experiments and thought-provoking interviews with renowned academics and experts from the paranormal field. Among the experts Laura meets is Dr. Matthew Smith, who may be familiar to some as a former television sceptic.
In the two-hour long film Laura travels across Europe interviewing these experts and looking for evidence of contact from beyond the grave herself at some of the most infamous paranormal hot spots. She starts at the Hoia Baciu forest in Romania, its reputation is fuelled by frequent claims of disappearances, unexplained lights, and whispers from behind the forest's crooked trees.
The documentary is very rational, well structured and yet open to the possibility that there might be things in the world that we don't understand.
It's easy to be a sceptic and sit back and debunk everything you see, so Laura should be applauded for getting out there and questioning her view point.
No longer wishing to be an "armchair sceptic", she set herself the challenge of exploring the field and investigating the paranormal firsthand. Her aim was to observe and document the different opinions surrounding the seemingly ever-increasing belief in the existence of spirits of the dead.
In the film Laura questions many staples of the paranormal world, including the use of smart phone apps that are used to attempt to communicate with spirits. She joins a team named Project Paranormal at the allegedly haunted Mary Queen of Scots House in Jedburgh. Here they conduct a very interesting experiment with one such app. The experiment involved Laura writing a word down on a piece of paper and asking any spirits that might be present to give the investigators the word through the app.
One of the most striking conclusions the documentary draws, through its interactions with academics including the University of Greenwich's Dr. David Luke, is that science does not yet have all the answers in regards to life after death. As Luke states in the film, scientists "assume that [the] brain produces consciousness but we don't know that. We don't actually know that."
'In Search of the Dead' is the first full feature production from Ethereal Productions, the company established by Laura and Erik in 2017. The documentary is available to rent or purchase on Vimeo now, click here to order.
Tags:
moviesparanormaltopical