This article is more than two years old and was last updated in February 2020. 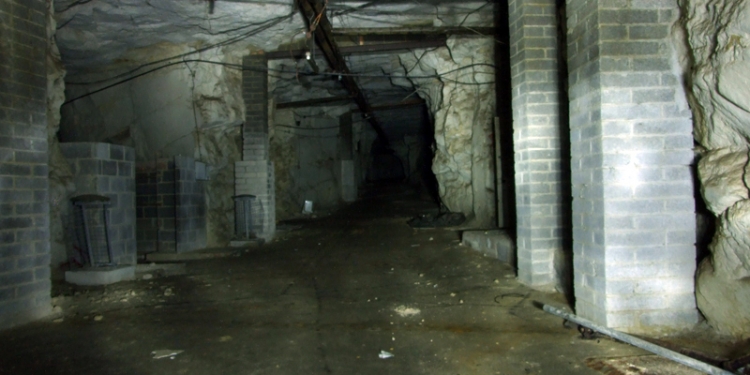 An unusual property in Bradford on Avon could be your new secret underground hideout to see out the apocalypse or perhaps the aftermath of Brexit.
The former stone quarry is being put up for auction next month and while it would make a perfect underground store, the more imaginative might be tempted to put it to a more exciting use as an underground shelter.
The gated entrance to Poulton Quarry is located just off of the main road through the small Wiltshire town. The quarry has had a varied past, starting life in 1841 as Paulton's Limestone Quarry. After the quarrymen left in 1900, the tunnels they left behind were put to new uses.
The quarry has been used as a subterranean mushroom farm, which involved some modifications to make the underground space useable. This included strengthening work and the construction of offices and store areas, which still exist today. 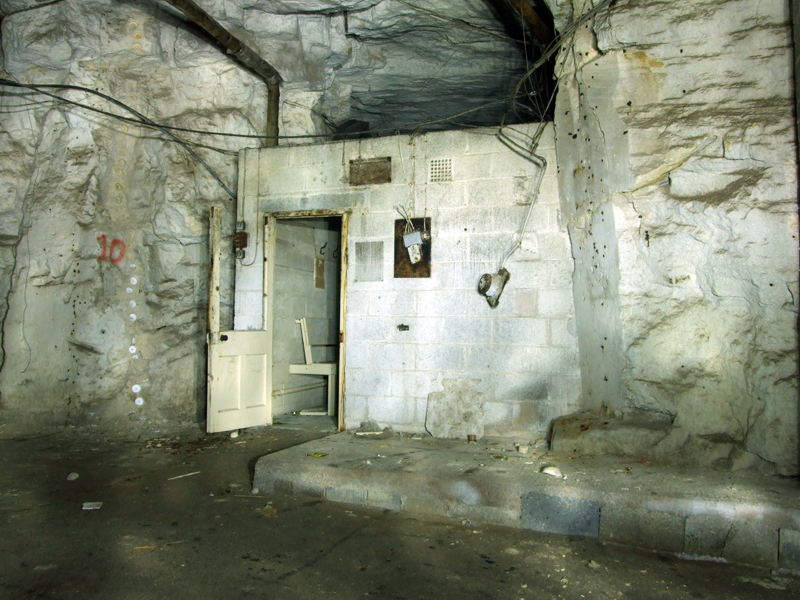 During the Second World War, the quarry was used as an air raid shelter for the local school, before being put back to use as a mushroom farm after the war.
Now the network of tunnels and rooms could be yours when it goes to auction on September 12th, with a guide price of £10,000 to £20,000. Details of the sale can be found on the agent, Cooper & Tanner's website.
If you do decide to snap up this unique underground space and convert it into your own underground safe haven, you'll have to be ready to live off grid as the site isn't currently connected to any services - perfect for the hardcore survivalist. However, you wouldn't be the first to attempt to create an apocalyptic hideout in a former stone quarry in the area. 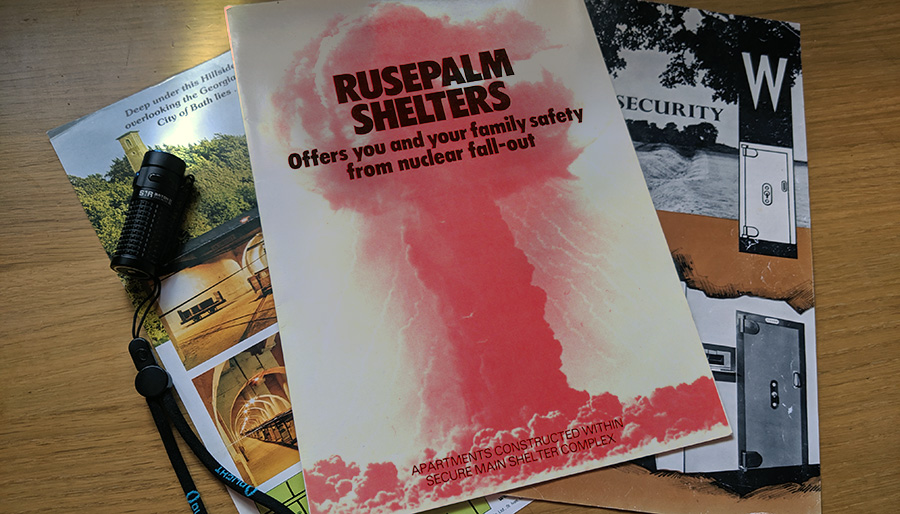 In the 1980s a nearby stone quarry that was used as an ammunition store during WWII was re-purposed as a nuclear fallout shelter, known as the Rusepalm shelter complex.
Eastlays Quarry is located six miles away from Poulton in the town of Gastard near Corsham. In 1981 ambitious plans surfaced to convert the underground space, which is as big as 18 football pitches, into underground accommodation for up to 10,000 people.
The developers were offering families the chance to pay £2,000 upfront to secure their own luxurious, fully-equipped, subterranean apartment. The idea being that a family could seek refuge in their own self-contained apartment for up to three months after a nuclear attack.
Those behind the plan believed that the bunker's inhabitants would stand the best chance of survival due to the cross section of people from all walks of life living there. The promotional material for the bunker says this will be "doctors, nurses, social workers, craftsmen, sportsmen, teachers and experts in many fields." It was hoped that they would "join together to form a friendly community."
Safely located 30 meters below ground and with helicopter landing facilities for VIP guests, the shelters would have housed up to 2,500 families, with facilities for recreation and exercise - even during a nuclear attack.
Each apartment was to be fitted with lighting, heating, a washbasin, bunkbeds and storage compartments, as well as a connection to a fresh water supply - although quite how this clean supply of water would be maintained is not explained. The apartments would also have a radio, which would be connected to the main shelter control and communication centre.
Elsewhere in the bunker there would be access to a communal dining area where all the inhabitants' meals would be provided, plus toilets, showers and laundry facilities.
It's not known how many people paid Rusepalm Developments to secure their piece of the underground bunker before they abandoned the plans and the company collapsed.
Eastlays was sold on and since 1988 has been used for controlled wine storage by Octavian. The company handles over four million cases of wine a year and has the capacity to store over 800,000 cases. The underground space is perfect for storage due to its constant year round temperatures, absence of ultra violet light, no vibration and full humidity control.
Inspired yet? The auction for the unique underground space in Bradford on Avon takes place at 7pm in the Standerwick Suite or Frome Livestock Market on Thursday, 12th September 2019.
Tags:
urbexundergroundtopicalwiltshire