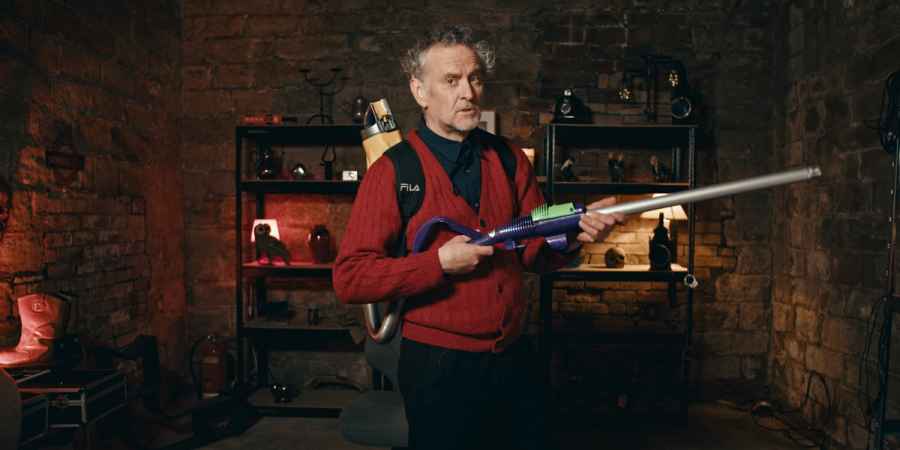 Written and directed by Ryan Simons and produced by Jamie Cymbal and Morgan Wilson, 'Tea With The Reaper' is a phantasmic rip-roaring mockumentary about the capers and mishaps of a pair of hapless paranormal researchers. Bursting with a tonne of well-timed gags and jokes that all land on the bullseye, and an array of talent bringing a cast of quintessentially quirky British characters to life, this short film wowed the international jury at the second annual Fortean Film Festival, which took place in Gloucester at the Sherborne Cinema over the first weekend of September.
Jury member and renowned actor Brian Sergent, who starred in Flight of the Conchords, Eagle vs Shark and Braindead said: "A real gem, perfectly cast with a slate of actors all giving of their best. The camera work was spot on and the beautiful location added to the story perfectly. I was shown yet again that the UK gives us probably the best comedy in the world. Just delightful."
Jimmy Allen is convincing as the grief-stricken Don Capp, a paranormal investigator who after finding an ancient Latin spell book, is able to open a gateway to the other side in pursuit of resurrecting his recently deceased daughter, with disastrous and hilarious consequences. Don's apprentice, Steven Crick, is played by Jamie Cymbal who injects the comedic thread of this creative short with steroids via a portrayal which blends both deadpan and rubber-faced deliveries without undercutting the realism.
Chris Blackwood's performance as the Reverend David Harries brings us some of the freshest and funniest of visual character comedy ever seen by the festival's jury, possibly not even matched by the collective works of the creators of The Fast Show and Little Britain combined.
The filming locations are beautiful and are enhanced by exceptional make-up, wardrobe, and special effects. I was not alone among the other jury members in wanting to see this developed into a feature length version or a full series.
Check out the trailer for 'Tea With The Reaper' below
Tags:
paranormalmoviestopicalfortean film festival