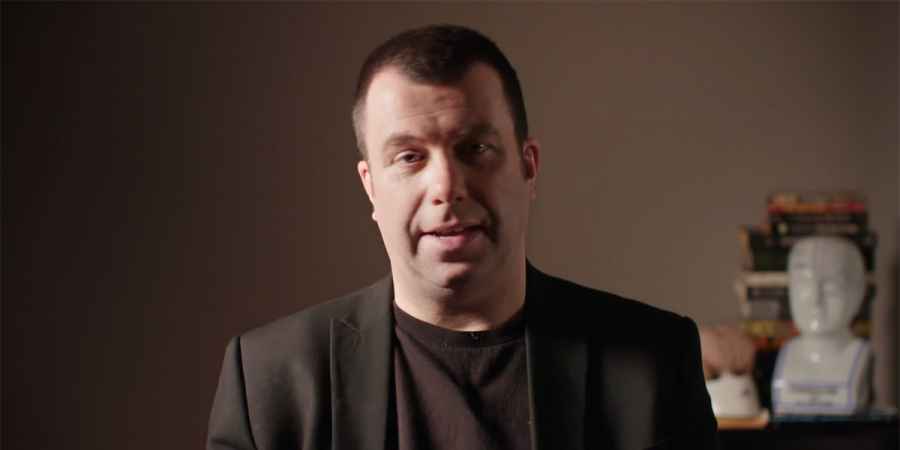 Photo: © Discovery+
'Unexplained: Caught On Camera' returns for a third series on Friday, September 2, serving up another ten episodes packed full of remarkable, terrifying and unexplained camera footage. Each clip will be put to a panel of paranormal experts who will share their opinions on the footage.
The last series of the spooky clips show aired early in 2021 on the Really channel, this time round freeview viewers will have to wait to see the series, which premieres first on streaming platform Discovery+.
All around the world, people are capturing the unexplainable on camera. From the UK to the USA, the show claims that more unexplainable phenomena is being captured than ever before. The series features firsthand accounts from the people involved.
The show's a panel of experts is made up of paranormal investigators, Jayne Harris and Barri Ghai, the investigators will be familiar to Discovery+ subscribers as two of the lead investigators on the ghost hunting show, 'Help! My House Is Haunted'.
West Midlands-based ghost hunter and history buff, Jayne said, "I do believe there is more to reality than this material world we see around us. I just don't think that science and reason has all of the answers, so I think there are absolutely some things in this world that are unexplainable." Barri added, "I believe that ghosts exist because I've experienced them myself."
They are also joined by Ciarán O'Keeffe, a parapsychologist and ghost hunter famous for his appearance in 'Most Haunted' and more recently in Danny Robins' hit paranormal podcast series, 'Uncanny'. The ever-rational Ciarán said, "there is a viable explanation for everything." He added, "I get involved in scientific investigations of paranormal claims, but also I go out ghost busting at the weekend."
Completing the line up is psychic medium, Deborah Davies, a former star of the ITVBe reality series, 'The Real Housewives Of Cheshire', who has grown up with ghosts. Deborah is convinced that "life goes on beyond death."
Together, the experts will give their opinion on the clips of unexplainable events captured on camera. Most of the clips featured in series two came from amateur ghost hunters, but also included mobile phone footage from members of the public, plus CCTV recordings from private home and businesses, and dash cam footage.
The unbelievable, bizarre and sometimes impossible clips, most of which are from the UK and the USA, include everything from alleged ghost sightings to UFOs. All of this unexplainable phenomena is watched over by the show's panel of experts.
In the last series, the team shared their thoughts on video which included strange lights caught on camera in the infamous UFO hotspot of Rendlesham Forest, clips from a ghost-hunting duos night at a haunted shack with links to legendary occultist Aleister Crowley, a video shot in a Cornish graveyard that is said to show the Owlman of Mawnan Smith, and even a clip which is reported to show the elusive Bigfoot in an Ohio forest.
The show's producers, Back2Back Productions, appealed for new clips from members of the public earlier this year on social media. They wrote, "series three of Unexplained is now in production and we, once again, want to see what YOU have caught on camera - the spookier, the weirder, the scarier and down right more unexplainable, the better."
Paranormal teams and ghost hunters were invited to send their evidence into the show, as well as individuals who'd unintentionally caught something strange on the increasing number of cameras we have around the home, in our cars and built into our phones.
The first two seasons of the show have been a refreshing change from other paranormal shows on television, and was an engaging and interesting watch for any paranormal enthusiast. Many of the clips saw viewers take to social media to debate whether what they'd just seen was real or not.
'Unexplained: Caught On Camera' can be streamed on demand on Discovery+ from Friday, September 2, where you'll also find the first two seasons of the show. There's no word yet on when the series will air on Really, but is likely to be early in 2023 or over Halloween.