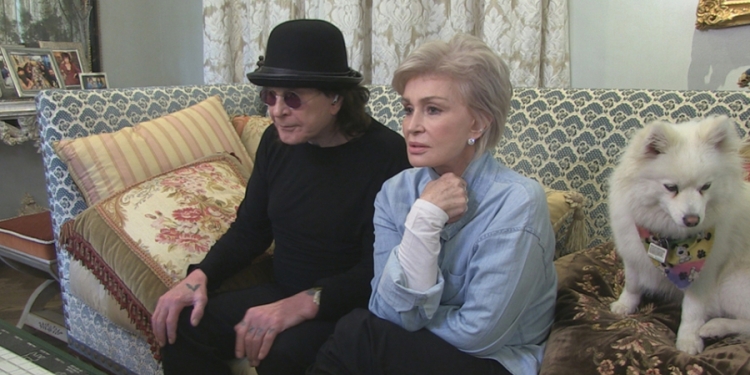 If you haven't seen 'Watching With The Osbournes' that aired on the Really channel last Saturday yet, you need to check it out on dplay.
The one-off special shot during the global coronavirus lockdown sees rock royalty Ozzy and Sharon Osbourne sat on the sofa watching their son, Jack's, paranormal show 'Portals To Hell'. The show is presented in a 'Gogglebox' style, with the twist that Ozzy and Sharon are watching one whole episode of the show.
The whole episode was shot with social distancing in mind using webcams. It's not the first show that's been driven to do this over the last few months. At first self-shot lockdown television was a novelty, but after a few weeks the novelty wore off. After all, who wants to be constantly reminded of COVID-19 when they settle down to watch some television in the evening?
Well, in the case of 'Watching With The Osbournes: Portals To Hell', the current situation might have been the motivation for the show, but this is something that should have happened a long time ago. Eat your heart out, 'Celebrity Gogglebox', your stars pale in comparison to the Osbournes.
Before they got stuck in with their watch party, Ozzy needed to clear up Sharon's confusion about the show's name, telling her that it is in fact called "portals", not "portholes." Although as Jack points out, there is a nautical connection with the episode.
The episode Jack picked for his parents to watch was the third from the show's current second season, which aired on Really in the UK a few weeks ago. The episode follows Jack and his co-star Katrina Weidman's investigation of the Shanghai Tunnels in Portland, Oregon - a location linked with smuggling contraband, kidnapping, as well as a multitude of other criminal activities.
Jack tells Ozzy and Sharon via a video chat, "the reason we picked this episode is because dad and I went to one of these locations." Jack and Ozzy visited as part of the television show 'Ozzy & Jack's World Detour', but on that occasion they were just visiting for historic interest, not to hunt ghosts.
Sharon admits that she is also unclear about the name of the tunnels they are visiting, Ozzy explains "Shanghaied is when they get you, bonk you on your head and you wake up on a ship."
In the episode, Jack tells us that down in the tunnels people were "kidnapped, drugged and against your will placed on a boat 50 miles out to sea on the way to China as labor." The duo will be investigating an area of the tunnels that has recently been opened. The network was housed in adjoining basements constructed under a part of the city and was used by the nefarious. 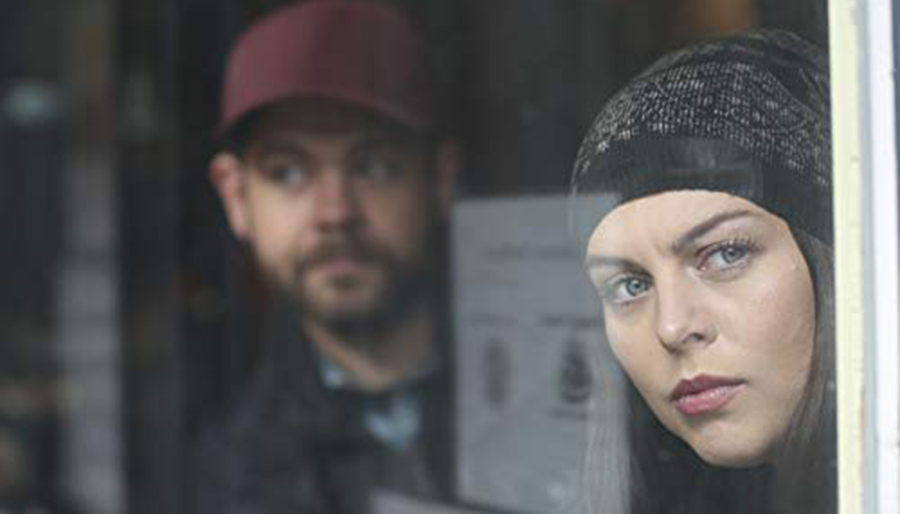 As they get stuck into the episode, Jack takes a break to ask "do you guys believe in ghosts?" His mum replies, "I don't and I do because I've never seen one, so I'm open." Ozzy also admits that he's open to the possibility.
Things start to get dark in the episode when Jack and Katrina venture into the darkness of apart of the network of tunnels known as Couch Street Tunnels, a name that Sharon found very amusing. Here the paranormal investigators meet some of those who have witnessed paranormal activity here, including tour guide Halie Meckley.
After telling Katrina her terrifying tale, Jack pauses to ask his mum and dad if they believe Halie's claims. Despite being open minded, Sharon bluntly says "no". However, Ozzy said that he did believe her and shared a brief ghostly story from his past, "I used to have a friend in school, and he had a poltergeist in his house and that was weird, that was."
Later Katrina joined the chat on the phone and perhaps helped to change Sharon's mind about the validity of Halie's story. Katrina told the Osbournes, "I've probably interviewed over a thousand people at this point, and Halie sticks out to me as a top ten witnesse I've ever spoken to."
Katrina seems convinced by Halie's claims of levitating objects in the tunnels, she said "she never struck me as the type of person that would be hysterical or would witness an event and then exaggerate it."
Sharon then asks her about some of her scariest ever investigations, which Katrina says includes Trans-Allegheny Lunatic Asylum in West Virginia and 30 East Drive, Pontefract in the UK - which Katrina calls "the Black Monk House". 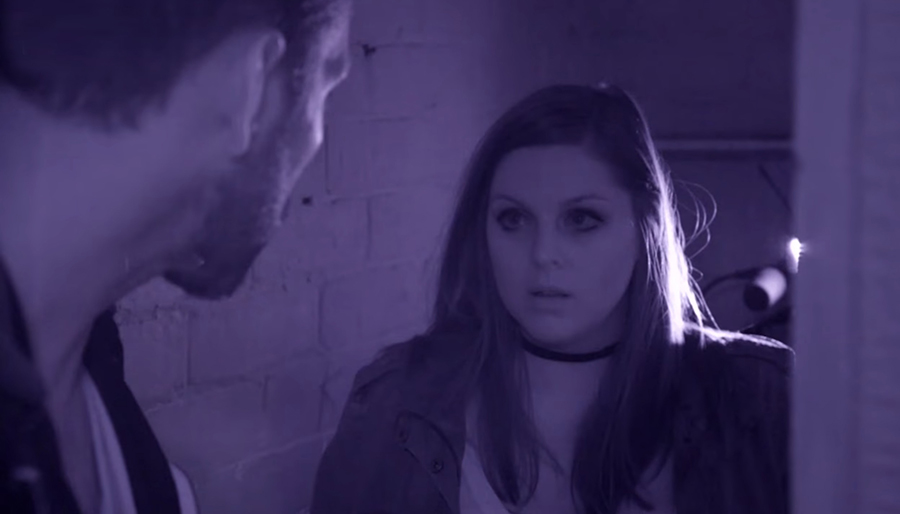 After their chat with Katrina, the Osbournes got back to watching 'Portals To Hell' and as Jack started to capture evidence of the supernatural using his ghost hunting gadgets, an on-edge Sharon said "I don't like this." She was soon distracted from her fear by her unruly dog that interrupted the watch party by jumping up on the sofa. Jack pointed out, "it's nice to see nothing has changed at home."
Ozzy, who was really enjoying the show at this point, spotted a skeleton hanging in one of the chambers in the tunnel and quipped, "he went on a hunger strike. He won."
Later in the investigation, Sharon appeared to become increasingly tense as Katrina started hearing voices through her ghost hunting device that she believed to be the spirits of the tunnels. Meanwhile, Ozzy sat quietly, seemingly transfixed by the drama taking place in the tunnels, a place that from his own experience he describes as "f**king creepy".
The investigation ended with the team finding scratch marks on one of the crew members' backs. Talking to his parents, Jack appreciated that the incident was hard to believe and Sharon screamed "are you kidding me?" But Jack swore to his mum and dad that the incident was genuine.
If you missed 'Watching With The Osbournes: Portals To Hell' you can watch it back in full and for free here on Really's on-demand video platform, dplay.
'Portals To Hell' continues on Really as part of the channel's #Freakend event, bringing viewers three nights of paranormal entertainment every Thursday, Friday and Saturday.
You can watch in the United Kingdom and Ireland as part of the Discovery family of channels. You can watch Really on Freeview (17), Sky (142), Virgin Media (129) and Freesat (160), plus YouView, BT TV and TalkTalk TV.